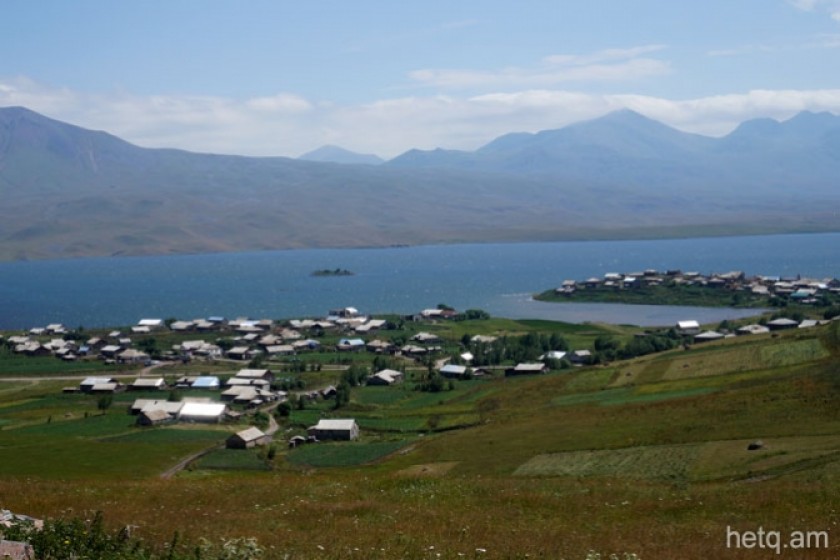 On the eve of local elections in Georgia, it’s apparent that the contestants are using the Armenians of Samtskhe-Javakhki, and their issues, to stir up tensions in the region.

Just days ago, the installation of a stone cross at a church in the village of Gumburdu led to a confrontation and scuffle between residents and police. The incident sparked comments about a so-called Russian-Azerbaijani conspiracy, and raised questions about the alleged friendly relations between Yerevan and Tbilisi.

Minutes ago, Hetq received a phone call from residents of Tabatzghour, an Armenian-populated village in the Borjomi region of Georgia.

They’ve been waging an ongoing battle with Vardan Ayvazyan, a member of the parliament in Armenia, over fishing rights in the village lake.

Those close to Ayvazyan have said that the company has sold its rights to the lake to a Georgian hotel owner in the area. Residents believe this is a ruse to remove the spotlight from Ayvazyan.

According to the Georgian State Corporate Registry, Armen Ayvazyan (Vardan Ayvazyan’s nephew) and Ldjer’s sole shareholder sold 50% of the stock to Zaza Saralitze, the Georgian hotel owner, for the equivalent of US$125,000 in Georgian Laris.

In this transaction, Saralitze served as a mediator for Georgi Karaghyan, a resident of the town of Khashur.

One Tabatzghour resident told Hetq that the new co-owner of the lake will be visiting on October 5 and that he threatened to employ special forces’ units to finally resolve the fishing rights issue.

The resident says the villagers will not give in.