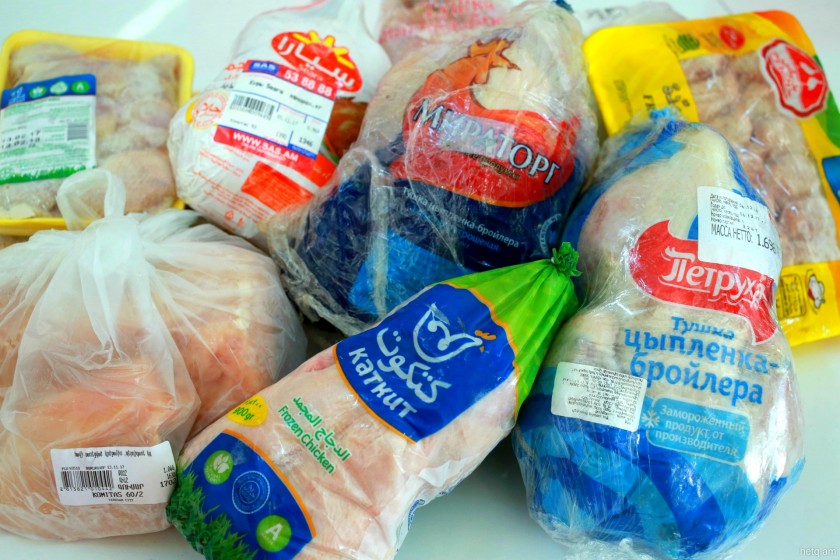 Of the nine imported frozen chicken brand samples, sold in stores in Armenia, that Hetq sent for laboratory testing, only four passed inspection.

The other five had higher than acceptable levels of salmonella and MAFAM (Mesophilic aerobic and facultative anaerobic microorganisms), in addition to antibiotics, whose sale is restricted in Armenia and that can only be used by a physician’s prescription.

In Armenia, it’s the State Food Safety Service that’s mandated to oversee whether what is being sold over the counters and on the shelves of stores in the country is safe for human consumption.

Hetq sent the nine samples of Brazilian, Russian and Ukrainian frozen chicken, purchased in Yerevan City, SAS, Nor Zovk and Parma shops for testing at the Standard Dialog LLC Laboratory in Yerevan. None of the chicken had passed its expiration date. 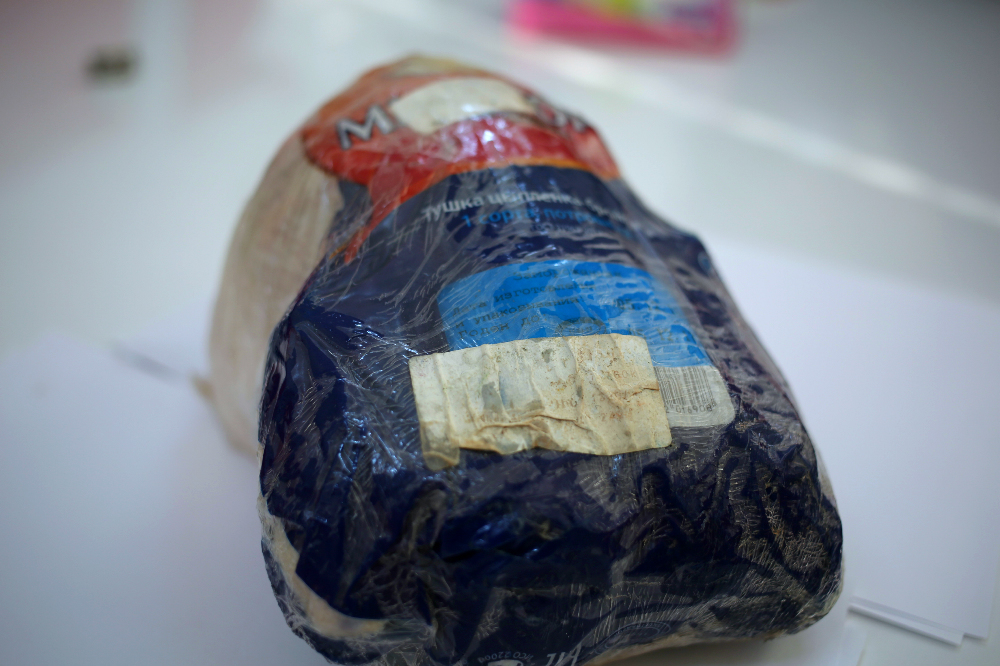 The chicken contained MAFAM levels exceeding norms by a factor of 7.5.

The meat also contained the antibiotic Levomycetin - 0,1517 mg/kg (the permissible level is<0,01 mg/kg). 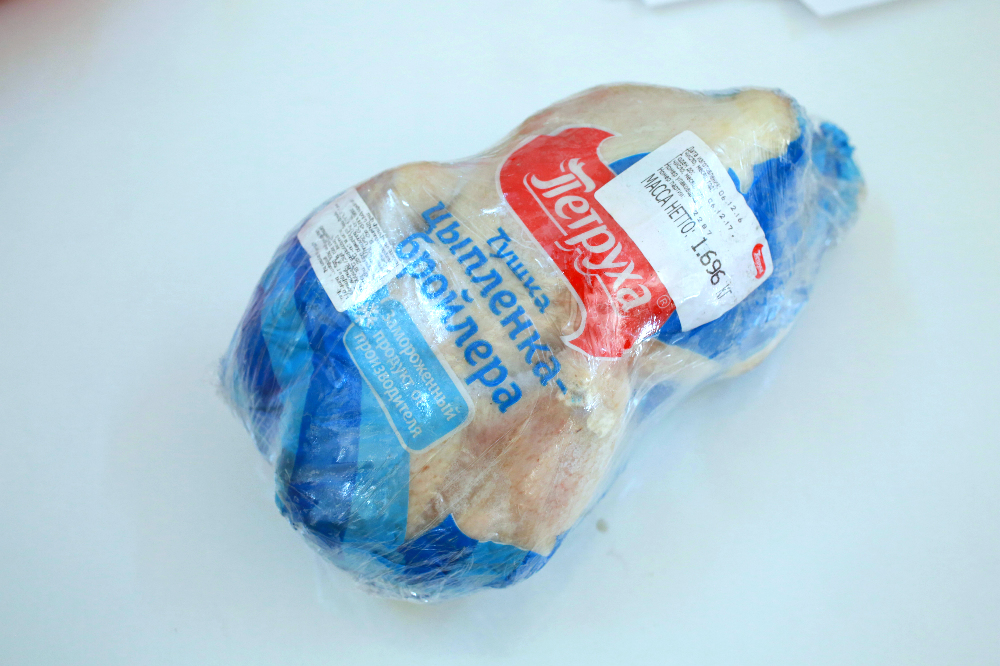 Contained 0,035 mg/kg of the antibiotic Tetracycline – more than the permissible level 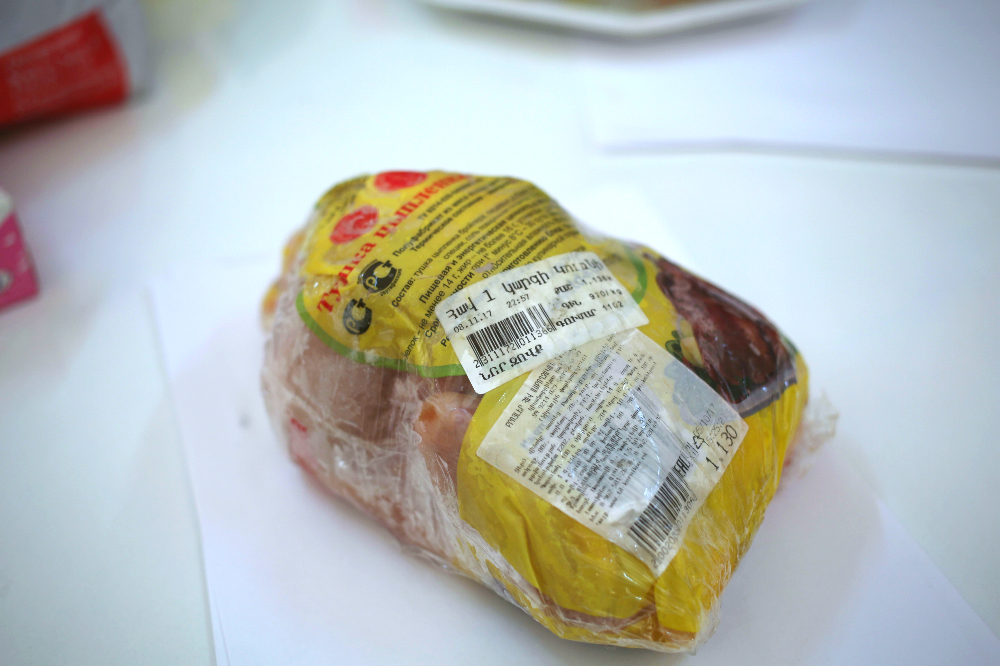 The chicken contained MAFAM levels exceeding norms by a factor of 1.4.

It also had traces of salmonella bacteria. 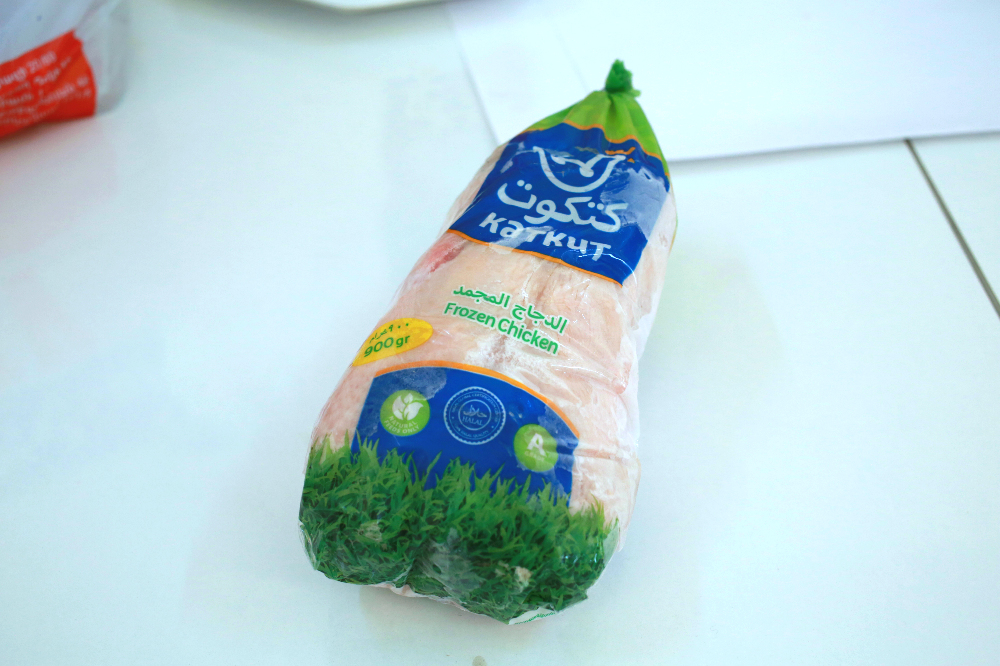 The sample lacked the obligatory Armenian label. In addition, product imported onto the territory of the Eurasian Economic Union from a third country must bear the Eurasian Conformity (EAC) label, confirming that the item has been subject to all conformity stages and is fit for sale. (For Armenia, a member of the EAEU, the Ukraine is a third-party country).

These violations prohibit its sale.

Nevertheless, the chicken did passed inspection. 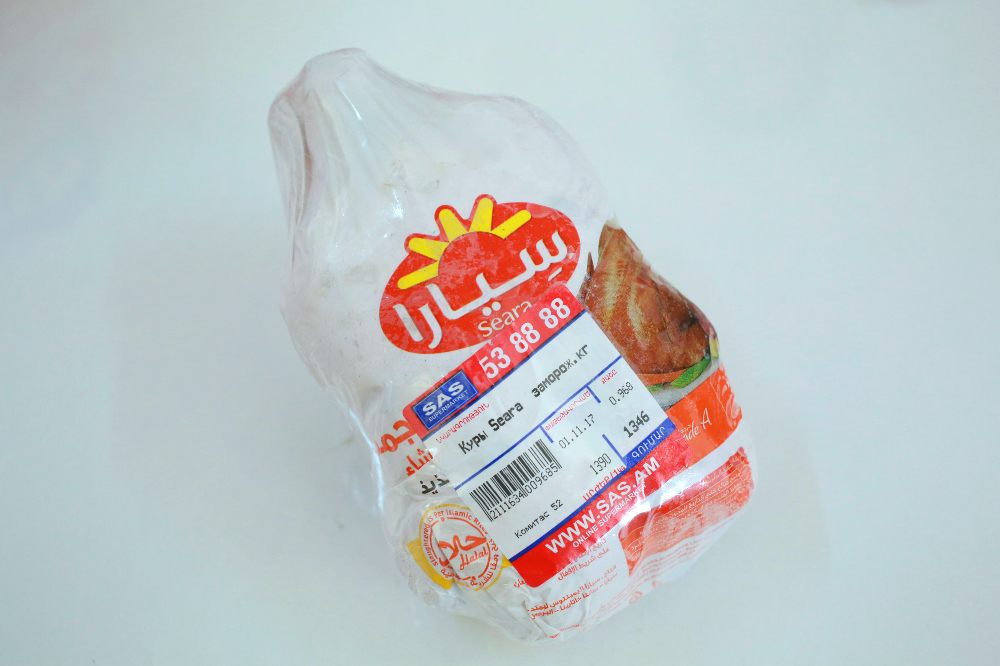 This chicken lacked its EAC label, but passed inspection. 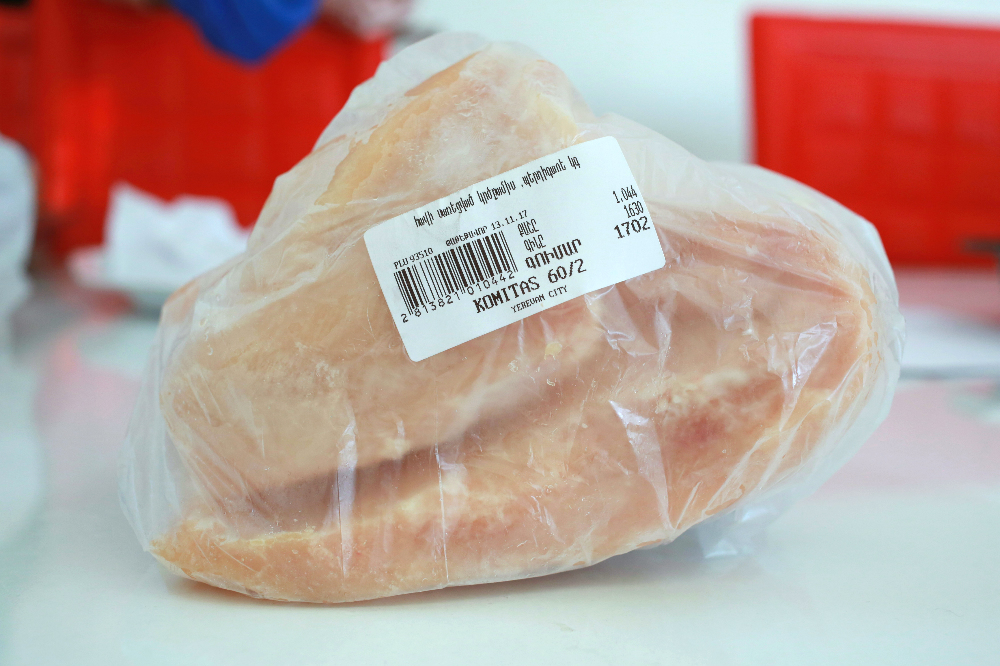 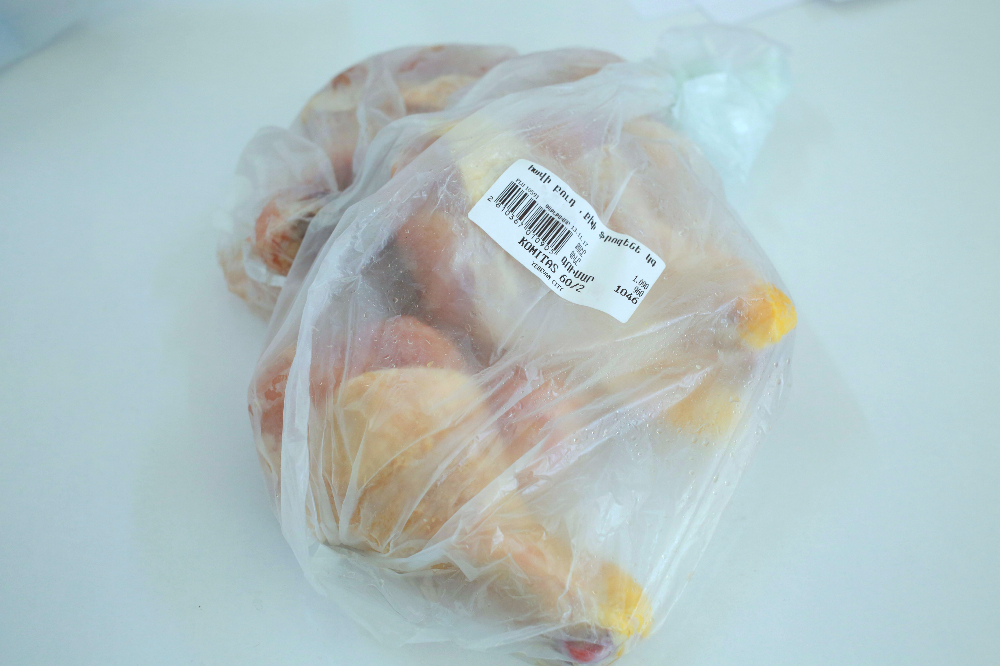 The chicken contained MAFAM levels exceeding norms by a factor of 3.5. 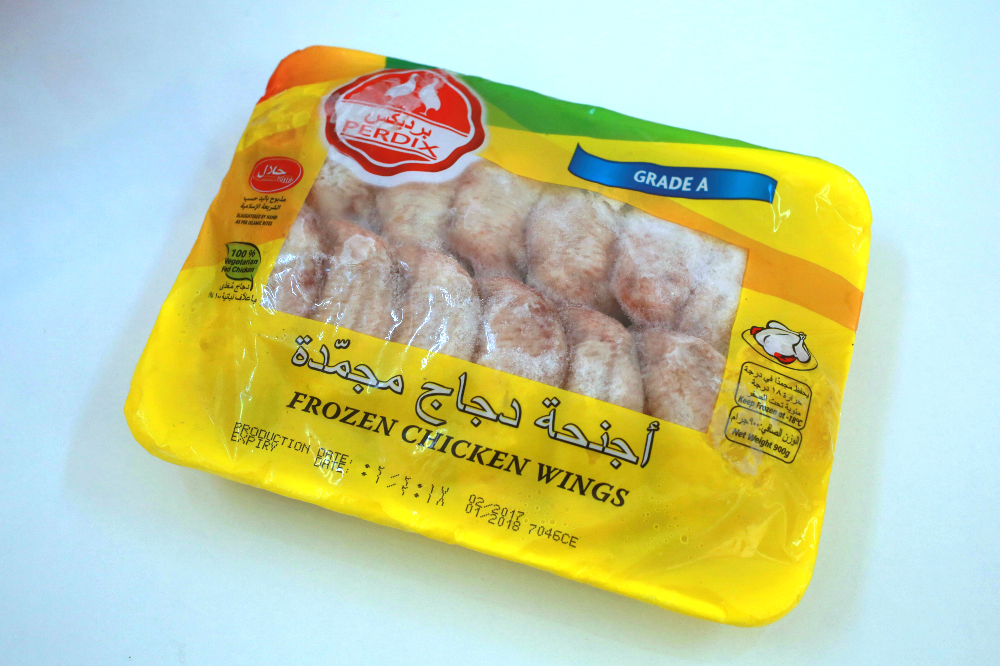 Sample lacked an Armenian label and its EAC sticker.

Contained 0,026 mg/kg of the antibiotic Tetracycline – more than the permissible level. 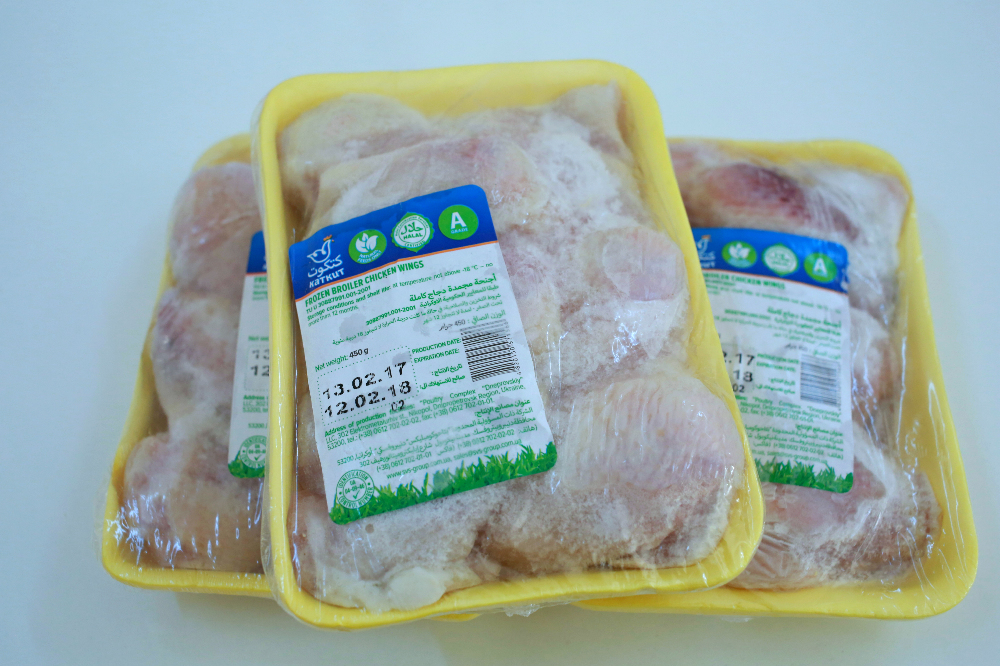 Sample lacked an Armenian label and its EAC sticker.

Government lax on its promise to improve food safety

In November 2016, Armenian Prime Minister Karen Karapetyan referred to the issue of food safety and quality in the country as “shocking” and stated that the head of the State Food Safety Service (SFSS) had been replaced.

“What are our children, our daughters-in-law, our wives eating?” Karapetyan declared.

Reviewing our findings, the SFSS issued several directives, but not much changed.

Karen Darbinyan, who heads the Standard Dialog Laboratory, told Hetq that the salmonella found in the chicken tested isn’t the result of incorrect storage and the likelihood is low that chicken had been infected at the point of sale. 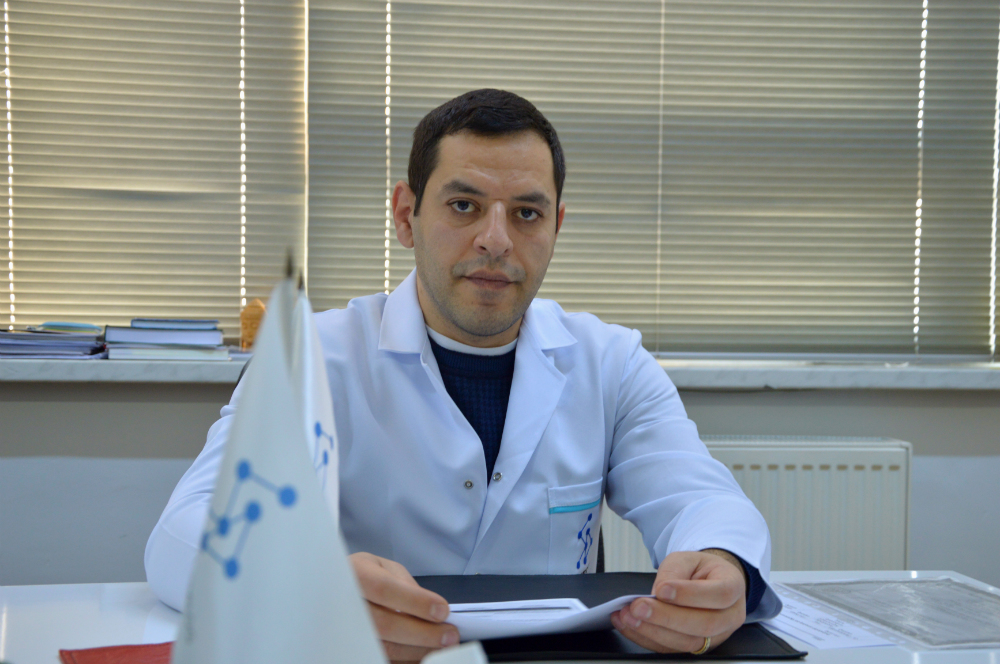 We would like to ask the SFSS when it last inspected the frozen chicken sold in Armenia and what steps it will take in light of these new revelations.