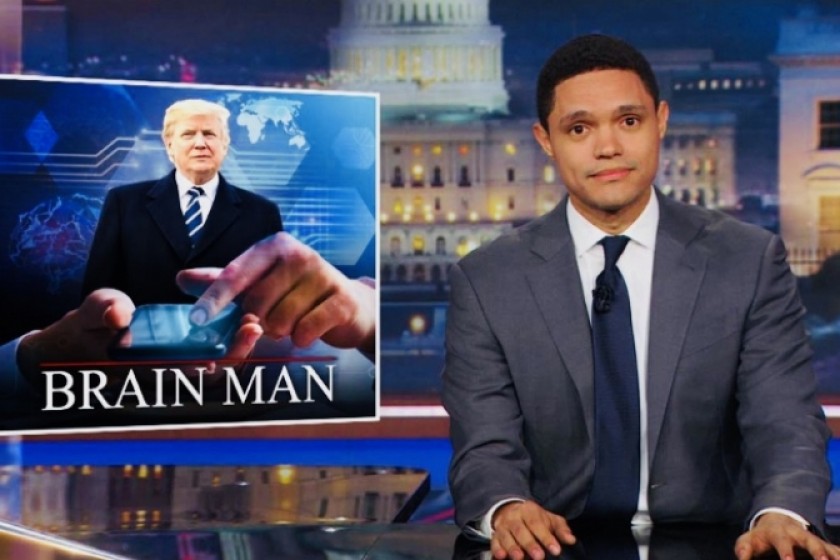 The following was released by the undersigned two organizations

After 1.5 million Armenians were murdered and hundreds of thousands of women and children were wasting away without food or water, unprecedented humanitarian relief efforts in the United States provided aid and sustenance to the survivors of the Armenian Genocide.  It was not uncommon in those days to hear and even read in print the term "Starving Armenians" as a description of the physical condition of those who had miraculously escaped the Turkish atrocities.

And now, one hundred years after the Genocide and despite the welcome development of generations of enlightened people all around the world, the Daily Show and its Trevor Noah yesterday (January 9) turned back the clock to a dark age when such reprehensible racial epithets as "Dirty Jew" and "Lazy Ni**er" were shamefully uttered, even if in hushed tones. It unnerves and unsettles us deeply to regurgitate these despicable words, even if by way of comparison. They sicken us.

We do so only to illustrate the Daily Show's and Trevor Noah's cruel, crass, and callous stunt by referring to Armenians as "Filthy Armenians." Mr. Noah would never have dared describe Jewish or Black Americans in such despicable and vile ways. Had he done so, Mr. Noah would now be looking for a new job and groaning under the weight of creditable and crushing lawsuits.

While the reproachful reference to Armenians may have been intended to coax a laugh from the audience by ridiculing President Trump's self-proclaimed genius and tolerance, the Armenian Rights Watch Committee of the Armenian Bar Association condemns such affront and slander. To make matters worse, the Daily Show thought it would be neat to add a chirpy laugh track to accompany the scandalous expression.

The Daily Show and Trevor Noah would be wise to issue a retraction and an apology. It would be a good start but not nearly enough to unring the bell of hatred and insensitivity which tolled terribly last night.

Becca 2020-10-31 12:51:00
Did the Daily Show and Trevor Noah ever retract and apologize? I think this is extremely relevant and important. I have heard bad examples like this far too many times in main stream TV. Where we are never ever mentioned but if we are its rare and in a negative derogatory sense. I object to this type of negative descriptions of Armenians on mainstream Television. I am glad we have Armenian Right Watch Committee and Armenian Bar Association.
areg has mental deficiencies 2019-10-13 00:21:39
Areg has brain damage. He cares more about the point some stupid script reader "comedian" is doing instead of himself. What a loser
Areg 2019-01-25 08:30:35
OMG get over yourselves. He was making a POINT. If someone says they're tolerant, and then say someone is trash, that makes them NON tolerant. How is this is an attack on the Armenian community. This is what divides us yet we all buy happily Turkish produce from the next door deli.