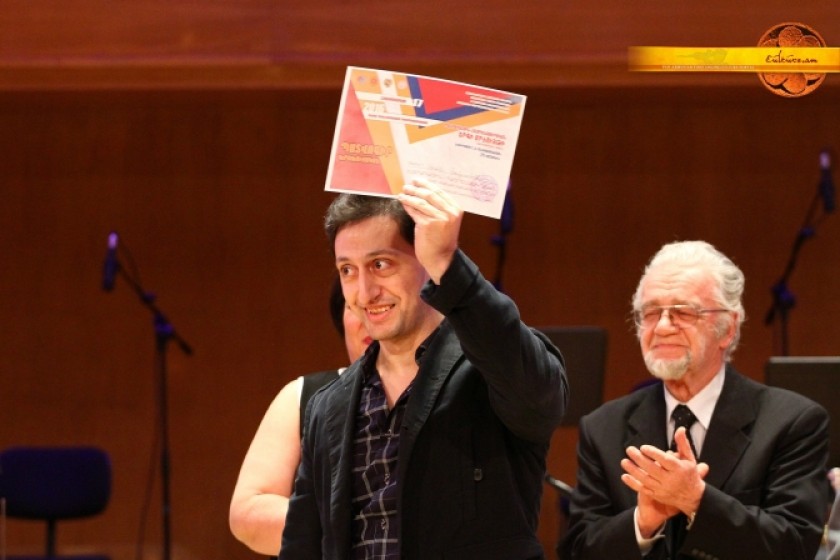 Armenian Composer Aims to Set a World Record with His Symphony

Composer and founder of Egeon Music, Areg Panyan, is writing a symphony that he hopes will make it into the Guinness Book of World Records.

His symphony, Cassiopeans Aveona, is one of the biggest double classical concerts in the world, and the largest orchestral composition by the types of musical instruments included.

"I will finish the symphony in around a year, and in the final version, it will have around 85 sections," says the composer. As a result, the Cassiopeans Aveona's orchestra will be threefold.

In classical music, Gustav Mahler’s and Anton Bruckner’s symphonies are the most popular compositions for a big orchestra.

Mahler’s 8th Symphony is one of the largest-scale choral works in the classical concert repertoire. Since it requires huge instrumental and vocal forces, it is frequently called the Symphony of a Thousand.

Areg Panyan’s symphony is in the epic genre; his favorite one. The Cassiopeans, according to the legend, are the loftiest of races. Aveona, to whom the symphony is dedicated, is one of their daughters.

A part of the symphony has been recorded electronically. It’s a purely working recording, but it shows that such a large number of voices can sound quite harmonious. When the entire orchestra plays simultaneously, classical and national instruments successfully complement each other.

After finishing the symphony, Panyan will apply to the Guinness World Records Committee.

Panyan believes that it’s possible to have a real orchestra play this complex composition live. He recalls dreaming of writing music for the greatest orchestra in the world when he was a child.