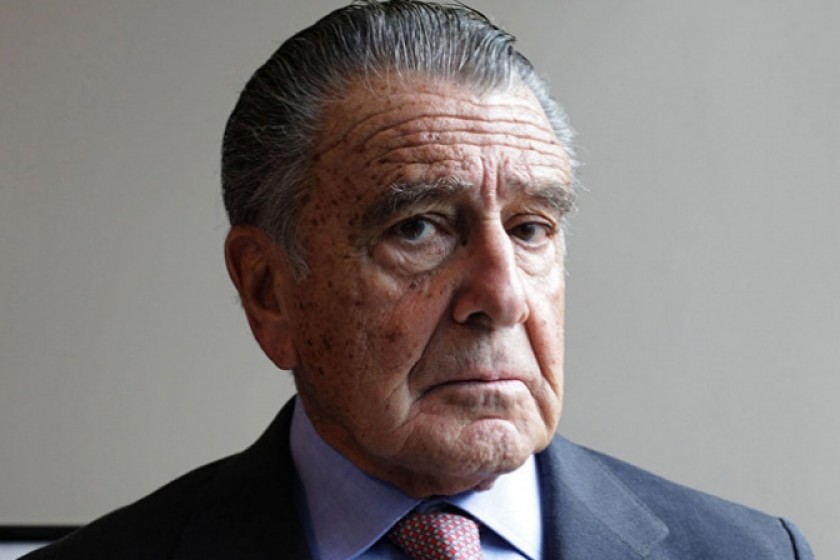 Zorik Gharibyan, founder of Zorah Karasi wines, has written an open letter to Eduardo Eurnekian, whose company produces the Karas line of wines. Eurnekian's company sued Gharibyan's, demanding that it not use the word “KARAS” on the label. Here's the unedited letter in full.

We are both diasporan Armenians who are investing in reinstating Armenia’s ancient wine culture in an attempt to create a bright and prosperous future for successive winemaking generations of our young country as well as the rightful recognition, on a world stage, of Armenia as one of the cradles of Vine and Wine.

KARAS wines is undoubtedly one of the largest of investments in this field. Indeed, KARAS wines is not your only investment. Your dedication to the rebirth of your ancestral homeland has made you invest in Armenia’s future in fields as diverse as agriculture, banking and aviation. For your commitment you were recently awarded the highest of our country’s honours by our President who bestowed upon you the title of “National Hero of Armenia” handing out the prestigious “Order of Motherland” for your services aimed at the “development and prosperity” of the country.

Are you therefore aware, Mr Eurnekian, that your founded company, KARAS wines, has taken a completely opposite stance to that of encouraging “development and prosperity” in Armenia’s winemaking by absurdly demanding exclusive brand usage of the word ‘KARAS’. In so doing, KARAS wines is wanting to prohibit all Armenian winemakers, who work with these vessels, the right of word usage on their labels and is wishing to monopolise, entirely for its own benefit, what is historically Armenia’s most ancient and traditional winemaking vessel.

Perhaps it is worth mentioning that the history of winemaking in the ‘KARAS’ is so old that it merges with the history of humanity itself. Six thousand years ago in the highlands of Armenia wine was being fermented in the ‘KARAS’, as testifies the archaeological site of Areni-1 Cave. Three thousand years ago, our ancestors, the Urartians, were fermenting wine in huge KARASSES as testifies the archaeological site of Karmir Blur. The cellars of our medieval churches are full of KARASSES in which wines were made and fermented. Before the Soviet era there were entire villages dedicated to the art of ‘KARAS’ production, a craft which was passed from one generation to the next. The ‘KARAS’ have a deep-rooted, profound and intimate relationship with Armenia’s winemaking history and are undoubtedly part of Armenia’s cultural heritage.

It is, therefore, absolutely preposterous that a corporation, which is not involved in the rebirth of winemaking in the ‘KARAS’ and does not ferment or age one single drop of its production in these vessels, hold ransom the whole industry by pretending exclusive rights to its word usage. This creates not only false illusions for those who consume KARAS wines but, also, deprives present and future generations of Armenian winemakers the right to use the word on their labels to express an ancient and authentic Armenian wine-making method. This behaviour from KARAS wines shows complete disrespect for one’s history as well as short sightedness and typical corporate arrogance.

The Georgians have elevated their equivalent of ‘KARAS’ the Qvevri to UNESCO Intangible Heritage of Humanity status. The Portuguese have created a DOP for the production of their wines in Thala (KARAS in Portuguese) while countries like Italy are now investing heavily in the rebirth of amphorae made wines, their heritage from Roman times.

Armenian winemakers of today and tomorrow, on the other hand, will have to stand on international and domestic platforms and talk of Armenia’s 6000 year winemaking history using words such as Amphorae, Qvevri or Thala and explain that our endemic word ‘KARAS’ was sold to the highest bidder, a powerful corporation, for personal promotion and brand usage.

The ‘KARAS’ are part of the cultural legacy of this country and belong to all its people so WHY does KARAS wines feel entitled to have exclusive rights for personal brand usage? WHAT gives it the right to do so? Is it its selfish corporate might? Or does ‘KARAS wines’ believe in some kind of superior right where no one or nothing can claim against its wishes?

This is a senseless endeavour. Development and prosperity in Armenia’s winemaking can ONLY come with unity, farsightedness, collective cooperation and most importantly knowledge and respect for one’s heritage. What KARAS wines will achieve with this self-centred action is only divide and discord with the only great looser being the future development of

The stance of KARAS wines is clear. What, I ask, is your personal position? Divide and discord or strength in Unity?

Haik 2019-01-25 08:30:30
I am going to trademark cup. so anybody using cup on their labels have to pay loyalty to me. We can start with Cup-a-Soup
Melineh 2019-01-25 08:30:30
William Saroyan famously wrote “…and when two Armenians meet anywhere in the world see if they will not create a New Armenia”. We now have a golden opportunity to create a “New Armenia” on our historical lands. It is our duty to change our country and create a just Armenia. An Armenia which will give hope and the possibility of a bright future to the young living inside the country and, an Armenia, with which the youth of the Diaspora can identify. Mr Eurnekian, as someone who has decided to invest so much in this “New Armenia” you have a huge responsibility. Make sure that you ARE the change and not that which needs to be changed!
Raymond 2018-01-31 15:04:46
Peter in that case let’s be the “outright first” to submit copyright for trademark “United States” as well as “ oak barrels” and then proceed to sue the whole US wine industry. On a serious note though – Beautifully put Andranik!
Peter 2018-01-31 12:04:35
Raymond, in any country, especially in the United States, if you submit a copy outright first, you get the registration. Like it or not.
Raymond 2018-01-31 07:52:31
Oh come on Peter ! In what civil country can you register a common name or the name of a country as a brand and get away with it? Just because you SUBMIT a copyright request before anyone else doesn’t mean that you should get registration for it!!! With your deviated logic then ARMENIA wine should now be going around and suing everyone who uses “Armenian wine” on their labels! At least they have the decency to keep quiet !
Peter 2018-01-31 02:06:06
Raymond, Andranik, it seems like you’ve been paid by Zorah to come here! How ignorant and blind and hypocritical must one be! You’re talking about registering a generic name for a wine, but you forget that there are other wines, one of them is called “Armenia” for example. So with your logic, the brand Armenia belongs to all of us because we are all Armenian? NO, it’s because the man submitted a copyright request before anyone else, and therefore has the RIGHT to use the name. Now that does not mean that I can then go and open a wine brand called “ARMENIAN,” and then claim that the name Armenia belongs to all of us, because that’s just immature, and unfortunately, that’s exactly what Zorah did.
Peter 2018-01-30 17:53:37
Mike, not exactly, i'm just stating that Karas wines completed all procedures legally. Remember, its any company's initial actions that decide if there is corruption or not.
Mike 2018-01-30 17:15:03
Peter - you're assuming that the courts in Armenia are independent; a naive assumption at best.
Peter 2018-01-30 17:07:44
Levon, why exactly shouldn't Karas be given a trademark, as the copyright process was completely legal and approved. Nothing strange here. And where is the predatory behaviour from Karas? Karas was able to put itself on the top of the Armenian wines because of its sales. This is simple and basic economics, and is completely legal and healthy competition. It seems that many people in Armenia miss the Soviet times when there was no competition, because they seem to find excuses for their lack competence.
Levon 2018-01-30 11:45:23
It seems that Mr. Eurnekian has foolishly chosen a name that does NOT represent his wine. The important question is if Mr. Eurnekian has bribed Armenia's gov't into providing him with a generic word as trademark. The possibility of corruption by Mr. Eurnekian and Armenia's gov't must fully be investigated as Karas should never have been granted a trademark. Mr. Eurnekian predatory behaviour against Armenia's wine history and its rebirth deserves that backlash that it will receive.
Papik 2018-01-30 09:55:59
Fast Eddie was pretty quick getting the trademark. Let's see the speed in which he responds to the open letter.