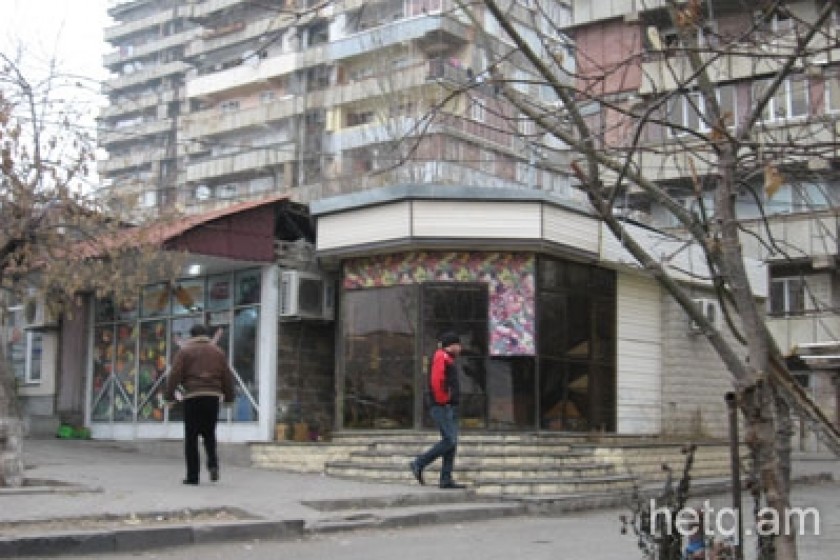 Armenian Couple from Russia Get Swindled for $48,000 in Yerevan

Mikayel and Marina Sardaryan, a couple who had been living in Russia for 20 years, decided to return to Armenia in 2008.

With their modest savings, they wanted to open a small store in Yerevan.

Through real estate broker Samvel Ghazaryan, they met with Karen Beglaryan who was selling his store on Shiraz Street. The couple agreed on a selling price of $48,000 and gave Beglaryan a euro 5,000 deposit. They paid the balance a few months later after taking out a loan.

It was Beglaryan who told the couple to go to the bank for financing. The couple put up their apartment in Yerevan as collateral. Beglaryan, after convincing the couple of his good intentions, also availed himself of the loan and took out more than the original loan amount.

“Beglaryan tricked us. After being paid he ducked out of sight and was hard to reach. The paperwork for the store remained in limbo,” says Marina Sardaryan.

It later turned out that Beglaryan didn’t own the store. He had transferred the title to Seryozha Dallakyan, a resident of Russia, as payment for a $30,000 debt in 2007.

Beglaryan, caught in a lie, promised the couple that he would pay back their money when he could. He never did and was constantly coming up with excuses. Beglaryan even went so far to say that he was on the verge of selling one of his kidneys for cash.

The couple sued Beglaryan in civil court. In October, 2009, the court found in favour of the Sardaryans but couldn’t seize Beglaryan’s funds simply because the guy was dead broke.

In the fall of 2010, the couple went to the police and a criminal case of fraud was launched. Beglaryan was arrested but he was released after 1.5 million AMD in bail was paid.

The case went to court. In a surprise verdict, Judge D. Badalyan of the Ajapnyak and Davtashen Jurisdictional Court found Beglaryan innocent and free of debt and apparently neglected the prior court’s ruling.

The RA Court of Appeals also left the verdict stand, arguing that there was no evidence of a crime being committed and the existence of “corpus delicti”.

There are many looking for Karen Beglaryan in Armenia but he seems to have disappeared.

We tracked him down to an airline ticket agency on Paronyan Street. Workers at a neighboring store told us that the ticket agency had closed about one year ago.

The owner of a nearby pool hall told us that Beglaryan owes him $1,000.

The store on Shiraz Street, in the name of Dallakyan, has recently closed its doors. Neighborhood shop owners told us that it had been operated by a couple from Aparan, but that they returned to their village.

The Sardaryans now find themselves in a tight squeeze and don’t have the money to hire a lawyer.

In order to pay off the loan on the apartment, Mikayel has been forced to return to Russia to work.

His wife Marina says they are preparing to file a case with the Court of Cassation in Armenia.