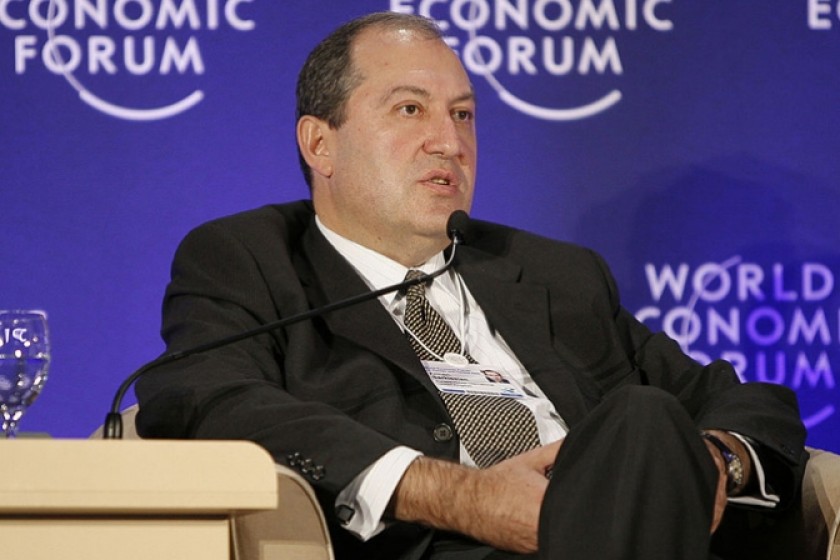 The question as to whether Armen Sarkissian, nominated by Armenia’s ruling Republican Party as its candidate to be the next president of Armenia, qualifies for the post continues.

According to Article 124, Part 2 of Armenia’s new constitution (Term of Powers of and Requirements Set Forth for the President of the Republic):

Does Sarkissian meet these qualifications? His backers say he does. British documents, however, paint a different picture.

In addition to the citizenship qualifier, one must ask if Sarkissian permanently resided in Armenia during the preceding six years.

In fact, according to documents in the British Companies House registry on the Eurasia House International company, of which Sarkissian is listed as a director, his nationality is listed as British, and his Country of Residence, as the United Kingdom.

Hasmik Petrosyan, public relations officer for Sarkissian’s office, told Hetq that Sarkissian was a dual citizen of both countries during 2002-2011, after which, she claims, he renounced his British citizenship.

But the British documents cited above cast doubt on this claim.

Sarkissian was appointed director of Eurasia House International in 2002. He registered as a citizen of Armenia that year.

Since 2005, however, in all the annual reports of Eurasia House International, Sarkissian lists himself as a British citizen.

In the company’s 2014 Annual Return, the last published before the company was dissolved the following year, Sarkissian is listed as a British national and the country of his “usual residency” as the United Kingdom.

Thus, on both counts, just four years ago, Sarkissian, in the company’s reports, is listed solely as a citizen of Great Britain and its resident.