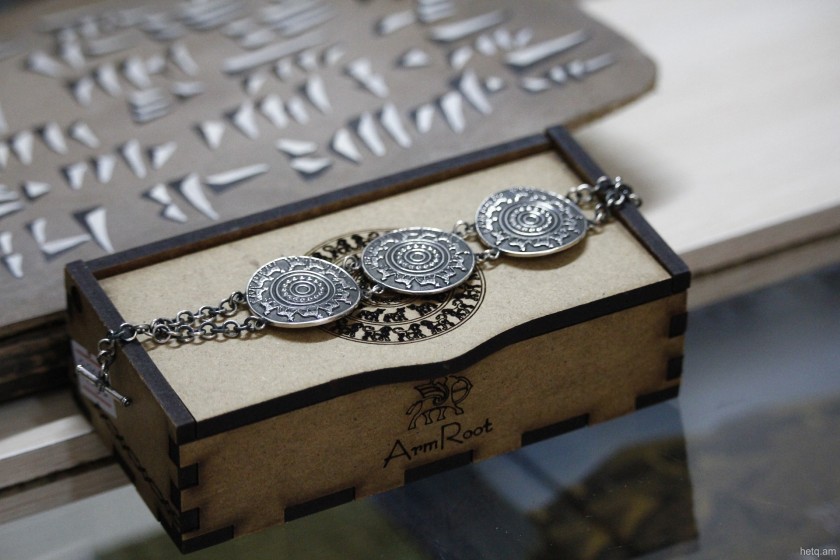 Hetq continues its series about innovations in Yerevan museums.

This article sheds light on what Erebuni Museum-Reserve and the Russian Art Museum are offering the public.

The Museum of Russian Art employees consider the launch of a new museum shop in 2018 as one of the best ways of publicity.

This museum was created on the basis of a private collection of the Kremlin doctor, Professor Aram Abrahamyan. The museum mainly exhibits the artists of the Silver Age of Russian art (first quarter of the 20th century), such as Vrubel, Korovin, Serov, Kustodiev, Lanseren, Lentulov and others. Some of these artists were banned in the USSR, and they moved to the West. 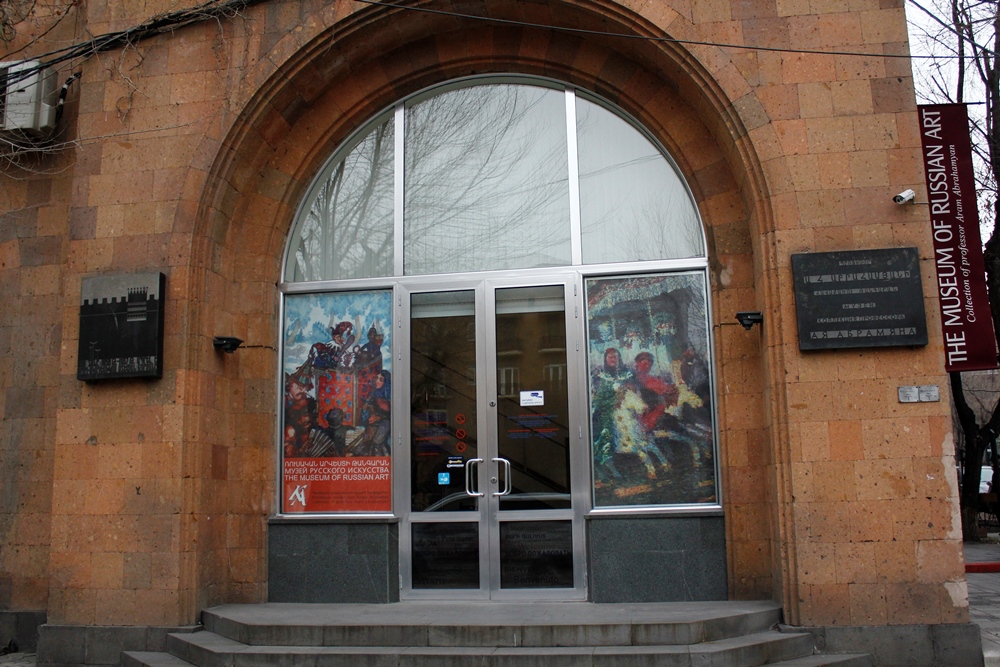 Museum Director Marine Mkrtchyan says the reduction of state subsidies for museums by 7-8% has motivated the staff to generate new ideas to earn extra money.

"In 2017, the Museum of Russian Art had a considerable increase in visitors, since we tried to work more flexibly. Being located at the Cascade (one of the most popular touristic spots in Yerevan), we changed our schedule. During the summer, we worked until 8 pm (usually, the museums close at 5 pm) and sometimes until 10 pm. We worked in two shifts. At first, we had a problem of publicity, but then we organized awareness actions and had visitors till 10 pm in August-September. Many officials visited us, walking at the Cascade and noticing that the museum was open. That's how we got our new sponsors - a group of doctors who have now become friends of our museum,” says Marine Mkrtchyan.

The museum provides other services, too. 70% of the Russian Art Museum's income comes from educational programs for preschool children and schoolchildren.

Tango evenings are also organized in the museum. Visitors get acquainted with the history of tango, and then learn to dance. Marine Mkrtchyan says tango is popular particularly among older people. This year, the museum plans to organize evenings of Russian romance, with invited singers. According to the director, the museum, regardless of the season, should become a cultural space, competing even with theaters. 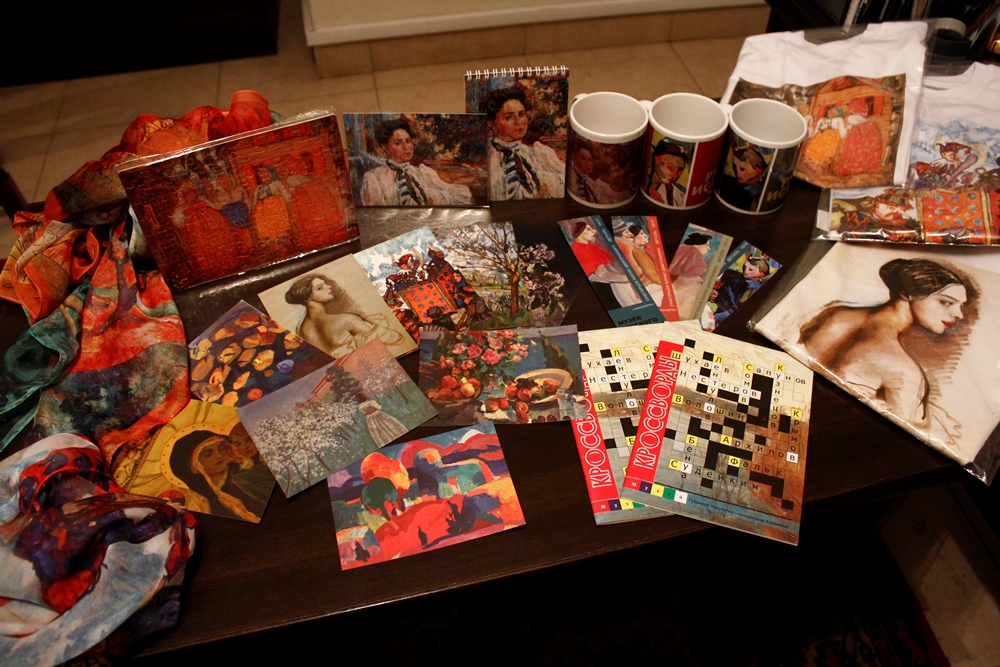 The souvenir section of the Russian Museum of Art reflects the artworks displayed in the museum. There are glasses, priced starting from 2,000 drams, silk scarves from 7,500 drams, and shirts from 4,500 drams.

The Russian Museum of Art has also published crossword books for art connoisseurs, priced at just 300 drams. To solve them, one needs to know the history of the Russian fine arts. 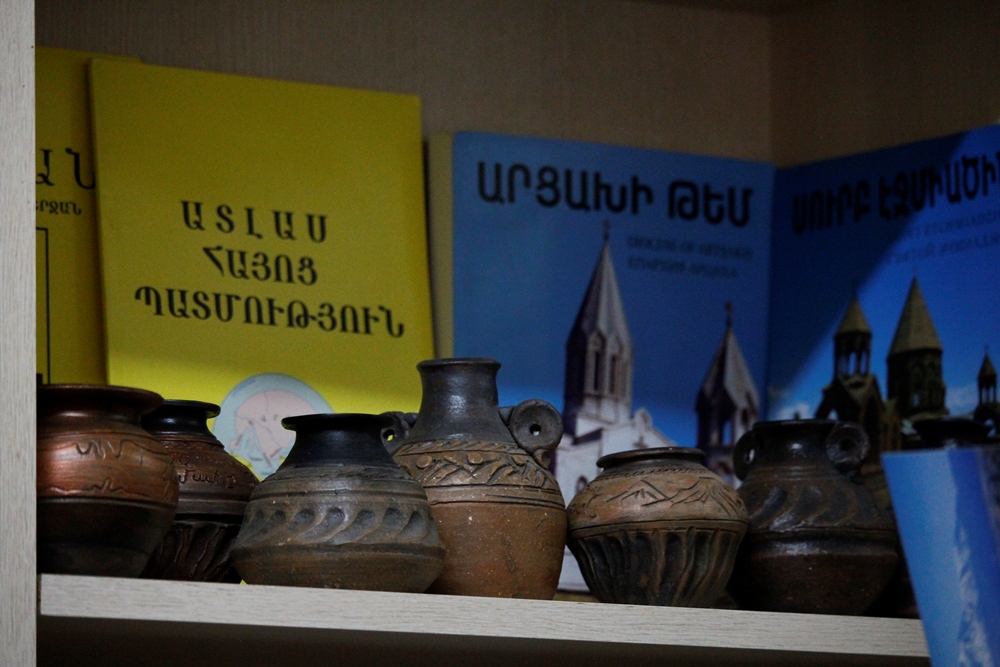 The souvenirs at the shop of Erebuni Museum-Reserve are high quality copies of the Urartian period samples, prepared from precious metals, clay, ceramics, and wood. In addition, they are produced in limited quantities, which is also reflected in the relatively high prices. 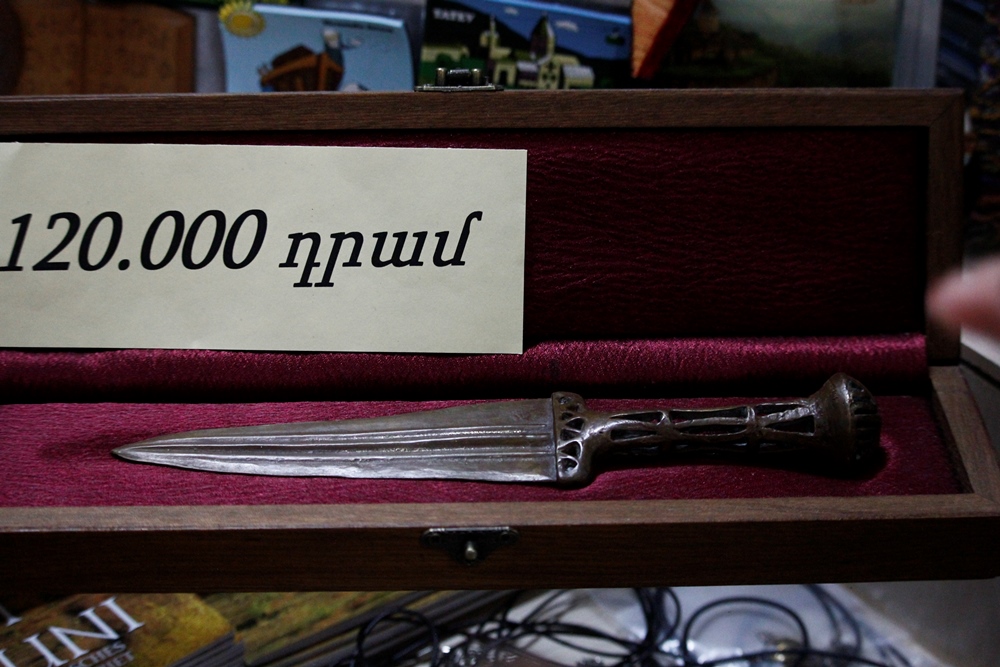 For example, there are bronze daggers replicas of the original ones kept in the museum fund. 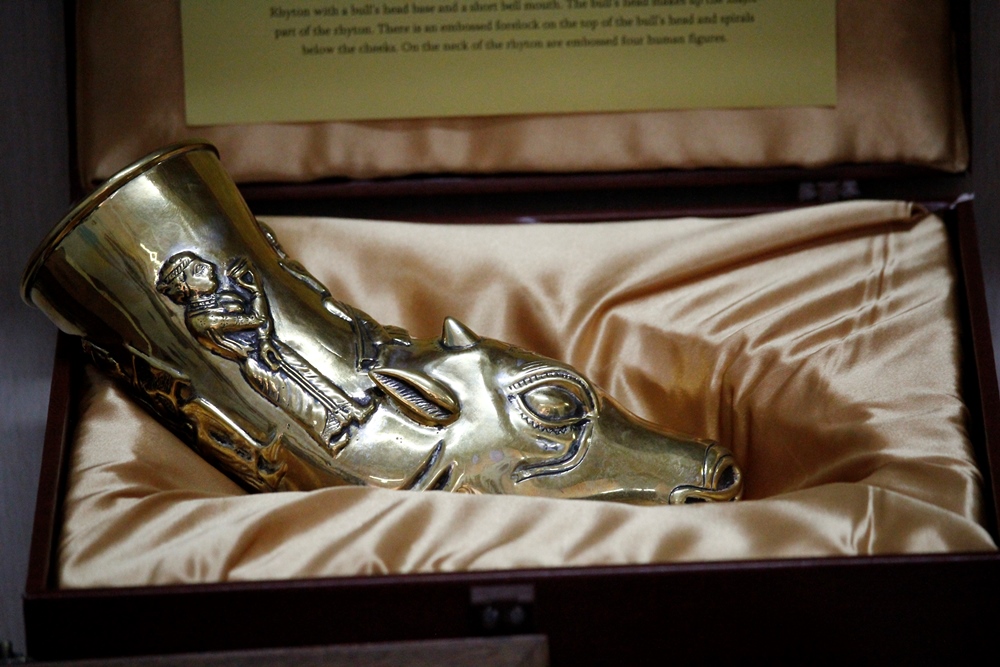 This rhyton (drinking vessel) is made of bronze, covered with gold. The original is made of silver. 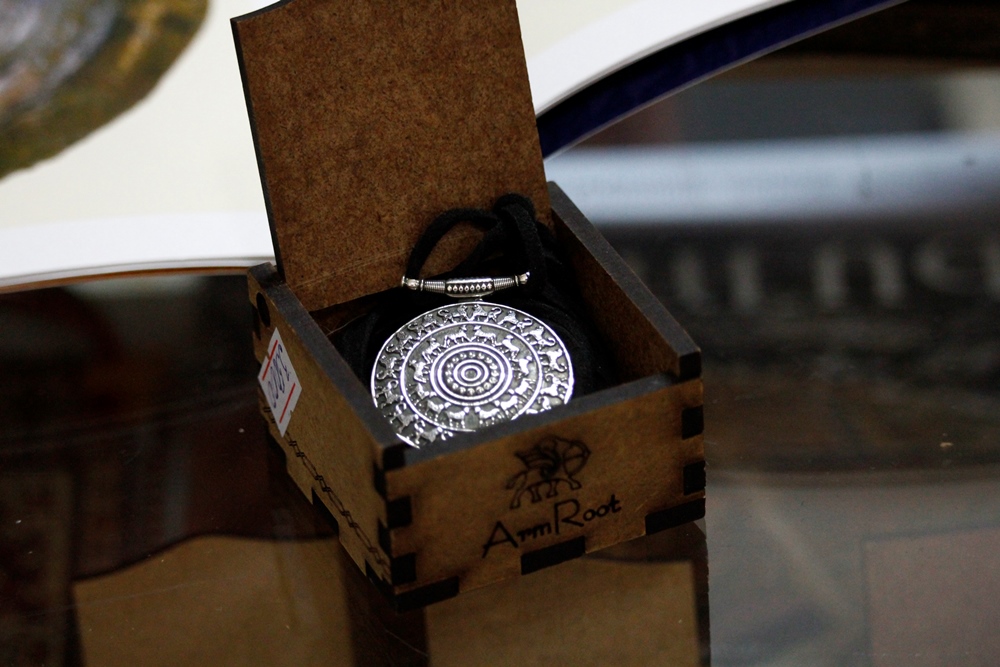 Even the silk scarves are adorned with the images of the Urartian era. 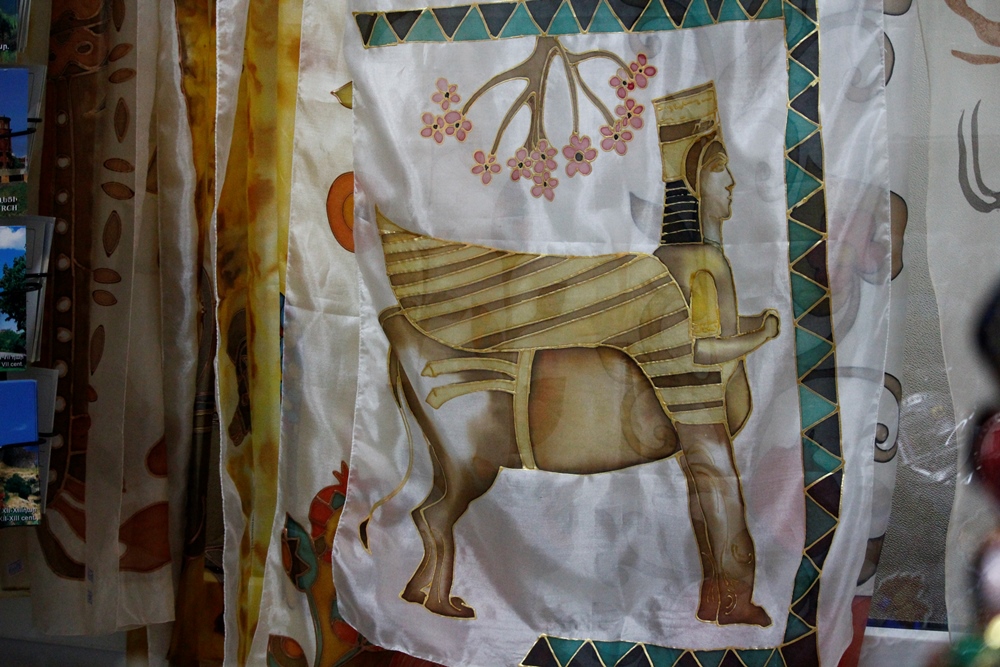 Director of Erebuni Reserve-Museum Gagik Gyurjyan says the revenue from the sale of souvenirs is not large, but it’s good for the museum to have unique souvenirs, since they garner recognition. Gyurjyan says souvenirs are the best way to connect visitors to the museum and create memories.