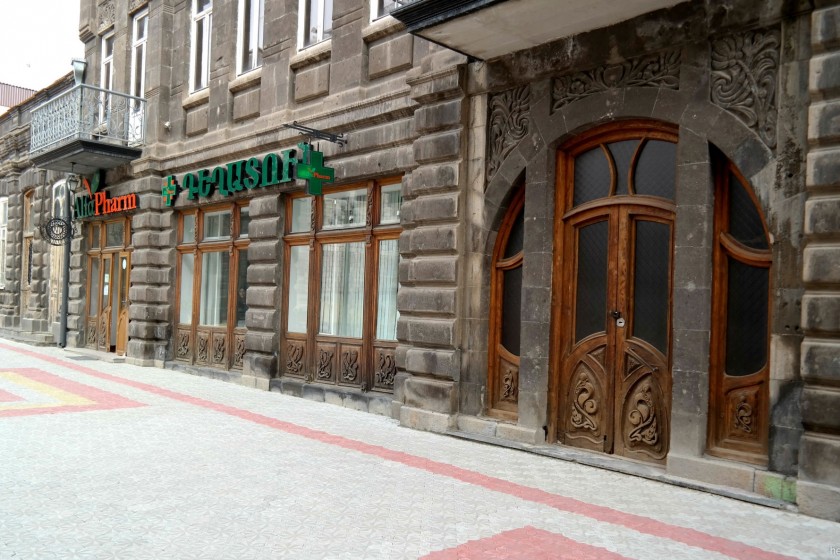 Gyumri, the second largest city in Armenia, is known for its cultural monuments and heritage. Much of that heritage, in the form of 19th century buildings, is on the verge of disappearing.

The Kumayri Reserve-Museum, founded in 1980 with the aim of preserving the historical objects of Gyumri, listed 1,400 monuments and historic-architectural buildings within 1,000 hectares before the Spitak Earthquake in 1988. Their number has severely diminished since, now totaling 1,100 preserved buildings. This number, however, needs to be double-checked. 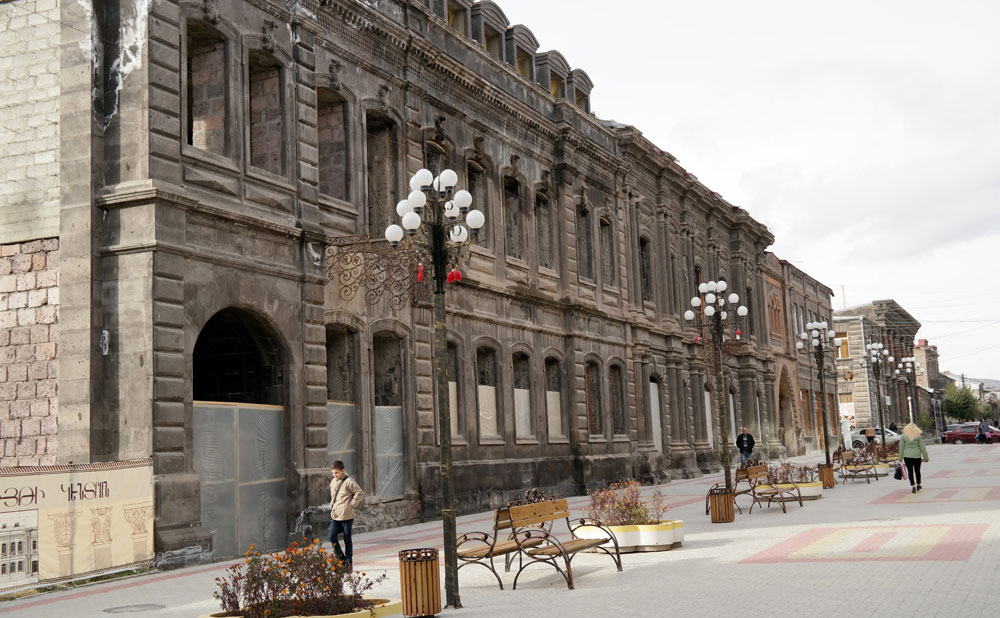 The Kumayri Reserve-Museum hasn’t been fully functioning since the earthquake, due to various reasons. It didn’t operate at all in 2000-2013.

In May 2014, Acting Executive Director of the Reserve-Museum Stepan Ter-Margaryan told Hetq that after reopening, they were busy with the registration of historic-architectural buildings. However, even after four years, they haven’t completed the work, mainly blaming the lack of museum staff (3 employees, including the director). 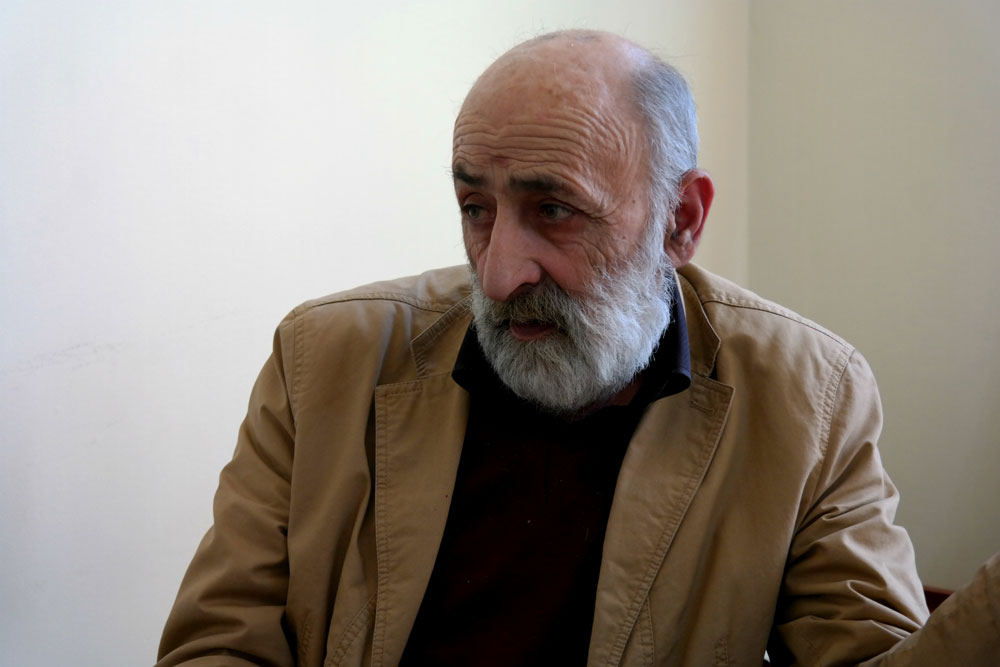 Now, the museum is busy with measuring the buildings in the historical center of Gyumri to prevent further unacceptable architectural modifications, especially during the reconstruction of the façades.

These instructions refer to the doors, windows, stone type, wooden and stone ornaments, iron gates of the buildings and so on. Stricter rules apply to 19th century structures. But, are those rules applied in reality? Does the museum staff follow up with violations?

The above three photos were taken in 2015, 2016 and October 2017, showing the same wooden door of a building in Abovyan Street, Gyumri. The first and third photos show the embroidered gate, which is missing in the second photo, taken last year.

When asked about this particular case, the Kumayri Reserve-Museum director couldn’t even find the building in their archive. "We can’t monitor all the buildings. We have no employees, and there are too many monuments," he argues. Surprisingly, this building is only a 5-minute-walk from the Gyumri Municipal Building, where the museum is located.

This indifferent attitude of the Kumayri Reserve-Museum, constantly justified by a scarcity of finances and employees, may lead to the total disappearance of 19th century buildings in Gyumri.

During the Soviet era, there was a so-called "automated snack bar" at 33 Abovyan Street.  Gyumri resident Vahan Petrosyan recalls those years. He tells Hetq that the snack bar got its name because of a machine, very rare for those years, that supplied   sandwiches for 20 or 50 tokens. He says it was later turned into a bookstore of Russian literature, and that it closed after the 1988 Spitak Earthquake. 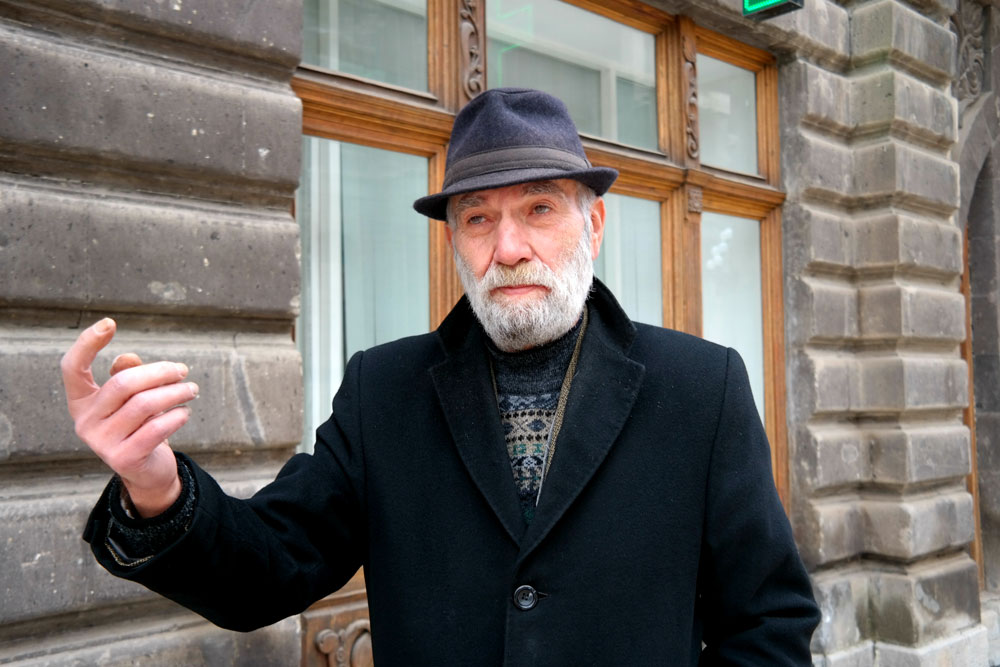 After the earthquake, the current owner bought the building, privatized and partly restored it, and locked the doors. The building was once adorned with wooden ornaments. Many of them, affixed to the old snack bar section of the building, have disappeared. Ornaments adorning the adjacent pharmacy, amazingly, remain. 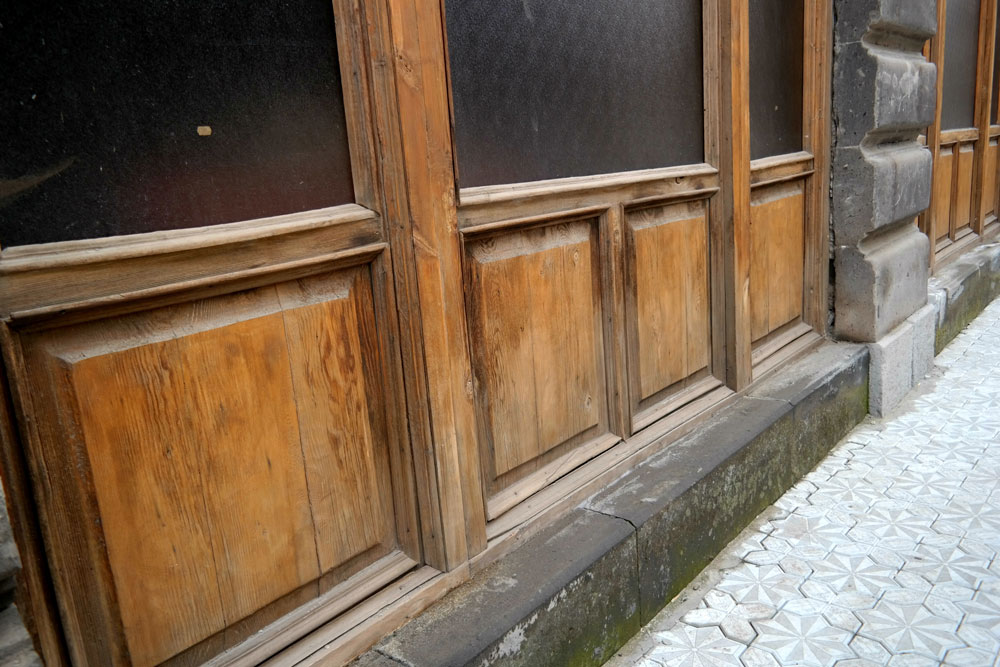 "People removed them and burned them during the dark and cold years (beginning of the 1990s)," says Vahan Petrosyan, "They didn’t touch the upper part of the windows, since it required using a ladder. The pharmacy was not damaged because it had an owner and it didn’t stop working even for a minute, while the owners of this building are not in Armenia.” 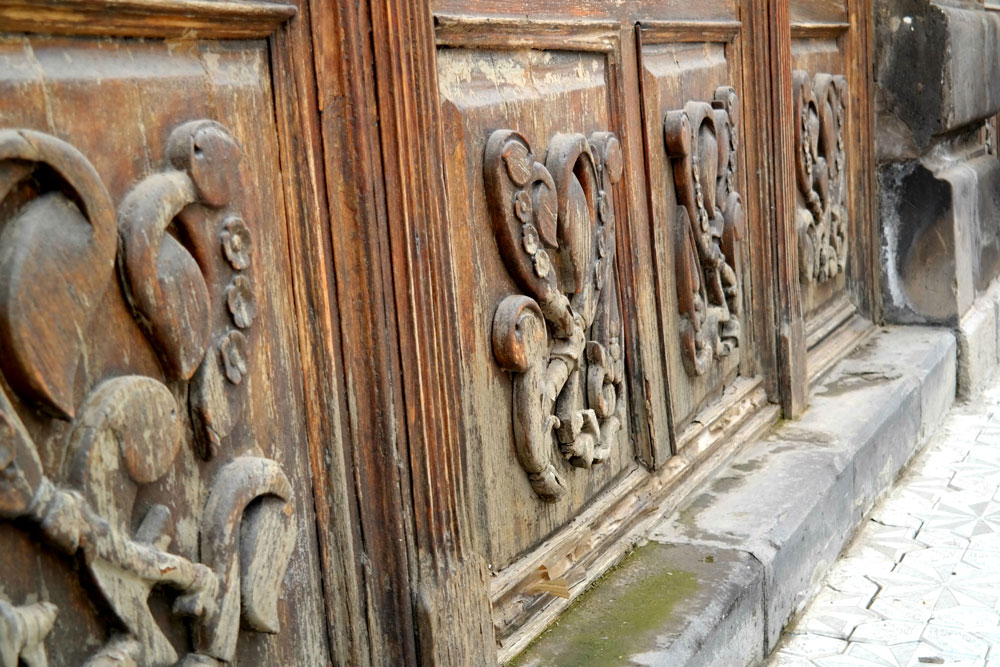 The history of the Gyumri-Alexandropol period is presented to generations and tourists through the buildings preserved in the purview area of the Kumayri Reserve-Museum. However, there is a risk of losing the historical buildings in Gyumri step by step, if this attitude continues.

Old-timers will remember that once there were buildings of the 19th century in the area, destroyed by vandals of the 21st century.