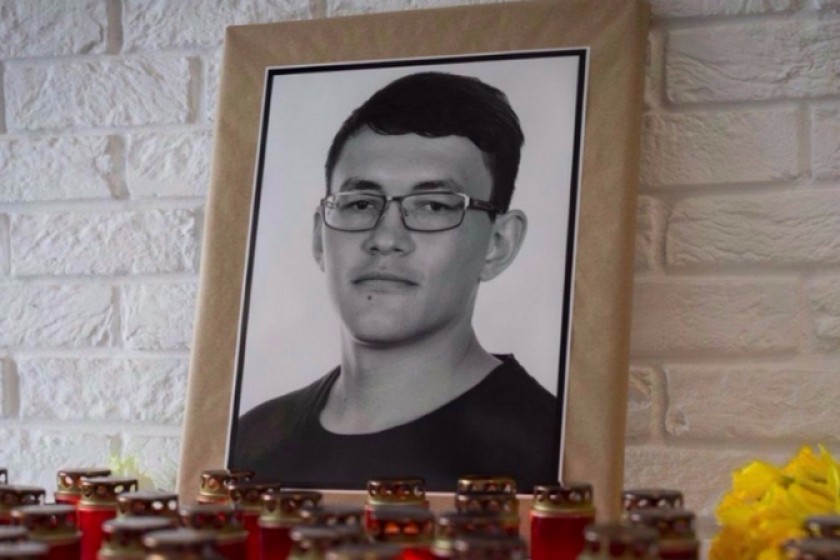 Jan’s and Daphne’s Laws: How to Stop the Murder of Journalists

The cold-blooded murder of Slovak investigative journalist Jan Kuciak was also a cold slap across the face of modern Europe. That the public watchdogs -- the beloved members of a profession that is sometimes more reviled than admired -- could be halted simply by a brutal act of violence seems to portend a further breakdown of European values. There has been much handwringing about what to do.

This is an especially important issue for me. As the editor of the Organized Crime and Corruption Reporting Project (OCCRP), security is something I think about every day. I also think about Jan every day.

At the time of his death, he was working with my organization on an investigation into the ‘Ndrangheta, a powerful and dangerous Italian criminal group that has infiltrated many countries around the world, including Slovakia.

Together with his colleagues and his employer, Aktuality.sk, we finished and published Jan’s last story. It showed that a group of Italian businessmen who Italian police described as ‘Ndrangheta had infiltrated Slovakia over a decade ago and procured more than €70 million in farm subsidies through their connections to Slovakia’s ruling party.

But is it even possible to legislate security? Are there any EU laws that could have protected Jan?

First, there is the question of how Jan’s subjects -- and probable killers -- knew he was working on a story about them. As we’ve learned, Jan had filed requests for information to several Slovak public agencies -- a standard journalistic practice. The authorities deny that they had tipped off the subjects of his research about his requests. But they are the only people who knew about the investigation besides myself and four or five other people. We even encrypted our email conversations.

In other places in Europe, it’s common practice to provide such requests freely to the targets, and in similar situations, other OCCRP partners have gotten calls from businessmen or politicians demanding to know why they were being investigated.

There are no specific laws in place that protect requestors’ identities or their inquiries, and no laws that sanction government employees who release their information. Had this dangerous situation been fixed, Jan might still be alive today.

There must be legislation that protects the identities of journalists, or civil society actors, who are fulfilling their role as public watchdogs. We could call it Jan’s Law.

Greater transparency also makes our lives safer. Reporters’ jobs are much easier when government agencies publish information that ought to be public on their websites, enabling the reporters to find what they need without talking to anyone.

There is one more area of law that can and must be changed. To understand why it’s important, you have to understand how and why journalists are murdered.

Killing a journalist is not a step taken lightly -- not even by organized criminal groups, corrupt businessmen, or powerful politicians. At some point, a basic cost-benefit analysis takes place: What do I gain from killing this journalist and what do I risk? Changing this cost benefit analysis in journalists’ favor is critical to how we protect ourselves -- we have to raise the costs and reduce the benefits.

The most obvious benefit of killing a journalist is that you also kill the story. We worked hard to deny Jan’s killers that benefit. That’s why we hurried to finish and publish his last story. And we will continue to write more stories about the topics he cared about, as will his employer. We must make it absolutely clear to the people who killed him that they seriously overestimated the benefits of sending in their assassins.

The second part of the equation is harder. The truth is that there’s very little risk to killing a reporter. Statistics from the Committee to Protect Journalists show that while 70 percent of reporters killed are murdered for their story, only 10 percent of journalists’ murders are ever solved. That compares to a typical rate of 50 to 90 percent for other murders.

Why are journalism murders so hard to solve?

In the first place, such killings are hard to investigate even for well-meaning police forces. The assassins will often be from a professional murder squad. The body may not be found. These professionals know how to do their jobs, and if they are caught, they are often willing to serve the time as is required by their professional responsibilities. Many of the 10 percent charged with journalism murders are just the trigger men, and not those who ultimately greenlighted the assassination.

But not all police forces are well-meaning.

Murdered journalists are often working at the nexus of crime and government, as Jan was doing. In Slovakia, Hungary, the Czech Republic, Malta, and many other European countries, that nexus is large and growing. It’s even worse in potential EU members to the east, where countries like Serbia and Montenegro are arguably already captured criminal states. It’s not just the ‘Ndrangheta, but many other criminal groups that thrive in the rich environment of public corruption, poor rule of law, and weakened democracy.

These populist governments not only fail to support free and open democratic values, they undermine and attack journalism and the freedom of speech it represents. Slovak Prime Minister Robert Fico called Jan and his colleagues whores. The Czech prime minister held up an automatic weapon with the words “for journalists” written on it. These are countries not likely to root out killers.

As long as this behavior continues, the risk side of the equation will work against the protection of journalists.

If the EU were to pass legislation to mandate a special commission to watch over the investigation of journalism murders, that could go a long way to raising the risks for the criminals. We could call it Daphne’s Law in honor of murdered Maltese journalist Daphne Caruana Galizia. If a group of experts with forensic skills and a strong political mandate could help advise local police and verify their procedures, it would help well-meaning law enforcement do their job. It would also help overcome the lack of political will among local authorities, or even the active undermining of the police that often scuttles such investigations. If the EU takes an active, if only advisory role, it will go a long way to helping solve more murders and document local corruption.

If action isn’t taken, more journalists will die. Organized crime and corruption is on the rise in countries ruled by populist governments, and journalists are squarely in its way. The pressure will only get worse. We can’t allow the murder of journalists to be normalized. We don’t want to look fondly on the days when the murder of a journalist caused a prime minister to lose their job.