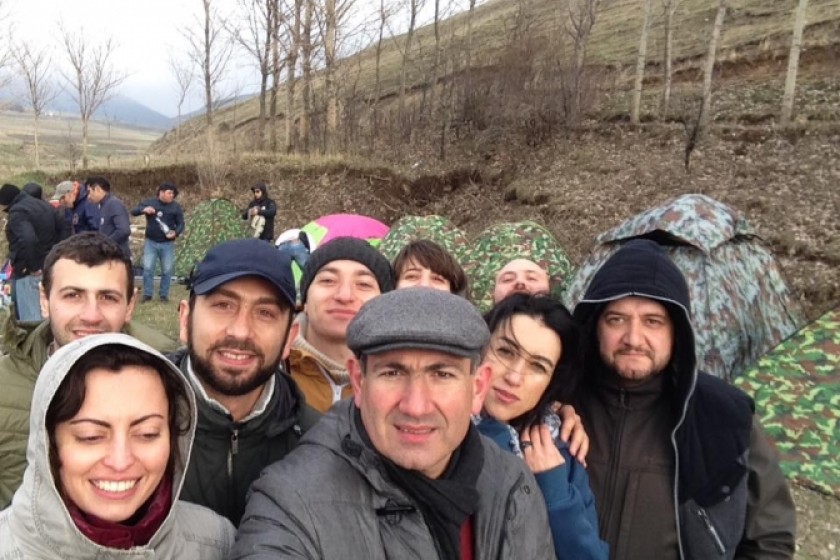 Nikol Pashinyan, who heads the Civil Contract political party in Armenia, is calling on residents to fund a movement called “My Step” (Im Kayl) that seeks to prevent outgoing Armenian President Serzh Sargsyan from becoming the country’s next prime minister.

Pashinyan and his supporters are marching across Armenia to recruit additional members to the My Step movement.

They headed out from Gyumri on March 31and will end up in Yerevan’s Liberty Square on April 13.

Pashinyan made the appeal on his Facebook page, listing those people who have already donated. Pashinyan has donated US$700 himself, and the others listed are mainly affiliated with the Civil Contract party.

The My Step movement has already spent 887,000 drams on the march itself, advertising, and recording a promotional song.

The goal of the march is to encircle the National Assembly in Yerevan with enough people so as to force MPs inside from voting for Sargsyan as the next prime minister.