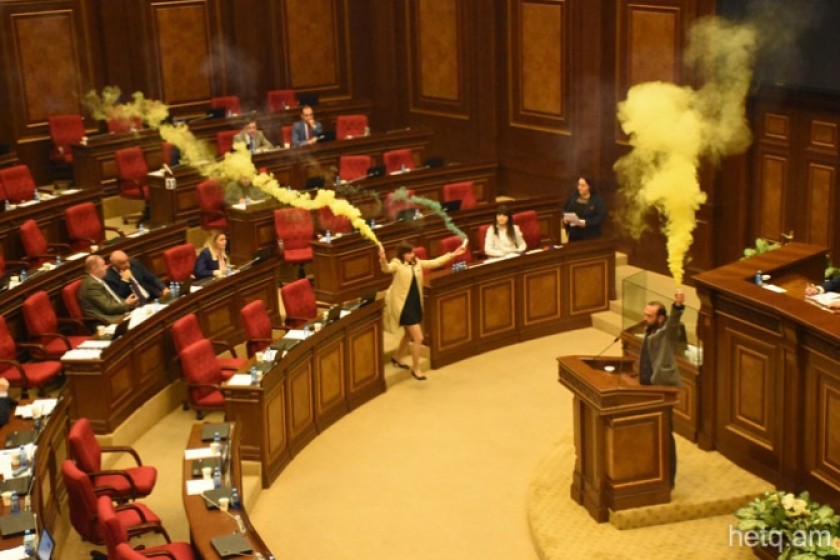 Two Yelk Alliance Faction MPs today lit smoke candles in the Armenian parliament and called on citizens to participate in a Yerevan rally scheduled for April 13 to prevent ex-Armenian President Serzh Sargsyan from becoming the country’s next prime minister.

The video shows Ararat Mirzoyan and Lena Nazaryan in the parliament holding the smoking candles aloft, engulfing the chamber in a fog of blue and yellow smoke.

Standing at the podium, Ararat Mirzoyan called on citizens to “light the torch of freedom” at the rally, organized by the Yelk (Way Out) Alliance and others, in Yerevan’s Liberty Square.

National Assembly President Ara Babloyan said the actions of the two deputies could have caused a fire in the chamber, thus threatening the lives of other deputies.

“As a doctor and citizen, I am stating that such actions, for political reasons, are unacceptable when they threaten the lives of citizens,” Babloyan said.