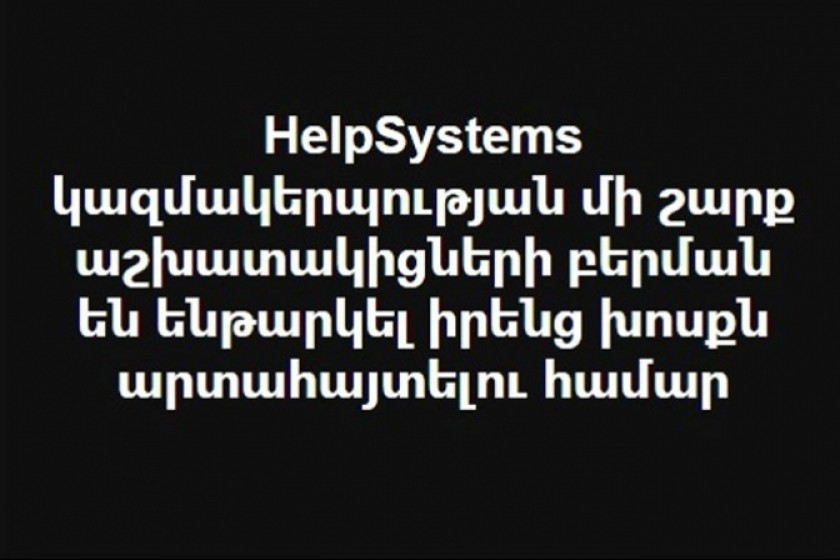 She says the employees were taken into custody on Alek Manoogian Street, where the company's office is located.

Note to readers -  After the National Assembly elected Serzh Sargsyan prime minister on April 17, Yelk Alliance MP Nikol Pashinyan, who spearheaded the “Im Kayl” (My Step) movement to prevent Sargsyan’s election, declared a “Velvet Revolution” to be carried out on a rotating basis. Protesters will briefly “occupy” government buildings, urging civil servants inside to join them. The intent is to disrupt the normal flow of life in downtown Yerevan, blocking traffic on major streets, and then hold evening rallies in Republic Square. Today marks the eighth day of civil disobedience in Yerevan.