Armenians gathered outside the Armenian Embassy in Prague yesterday to protest the election of Serzh Sargsyan as prime minister and his government.

From Prague, Lilly Ghazaryan told Hetq that the protesters briefly met with Ambassador Tigran Seiranian, who told them he had nothing to say.

Some of the protesters, citizens of Armenia, said they’d be returning to Armenia. 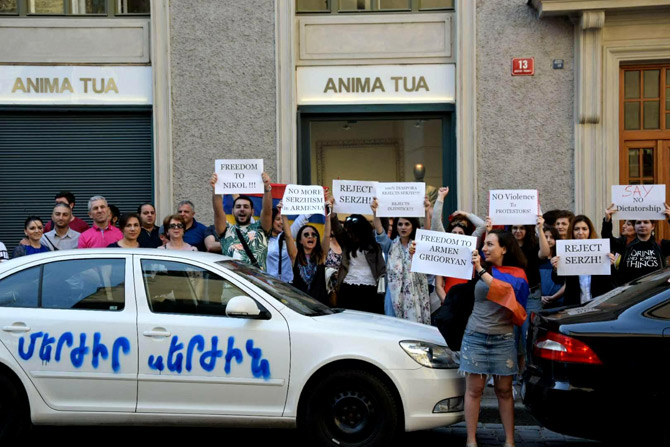 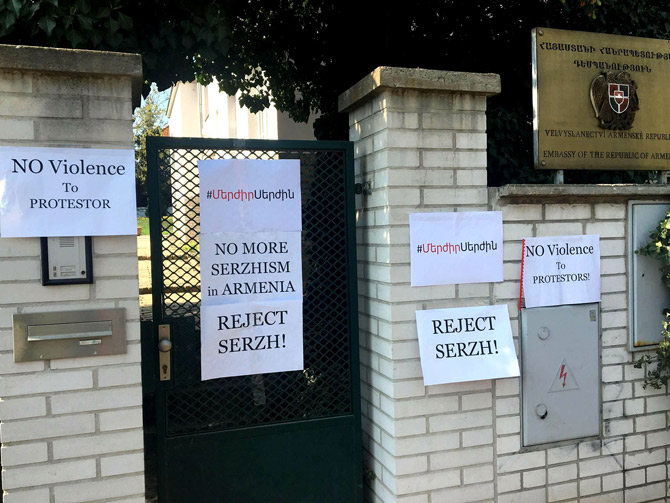 Protesters in New York gathered on the St. Vartan Cathedral plaza to express their opposition to Serzh Sargsyan and his government. 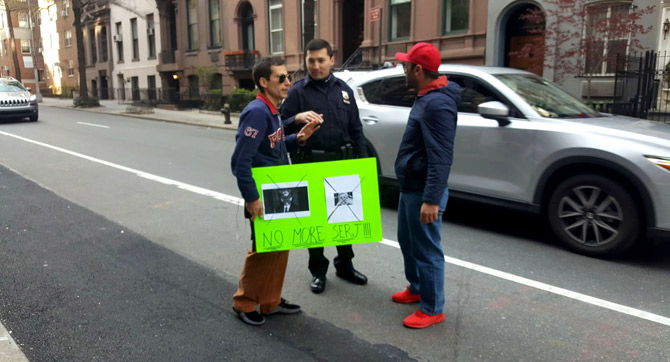 Armenians in Glendale took to the streets on April 22, many heeding the Instagram appeal of Serj Tankian to join the protests against Serzh Sargsyan.

Anahit Aramouni Keshishian, a UCLA lecturer, posted the below photos of the protest on her Facebook page, exclaiming “WOW! Serzh, Los rejects you”.

Some 5,000 participated in the Glendale protest according to Eyewintness News. (See video) 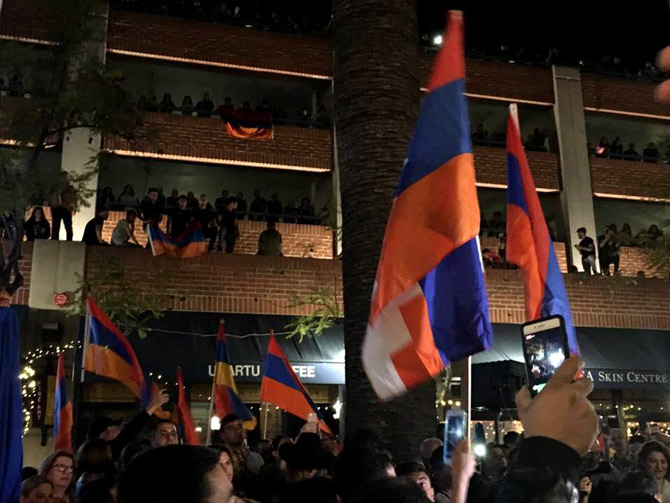 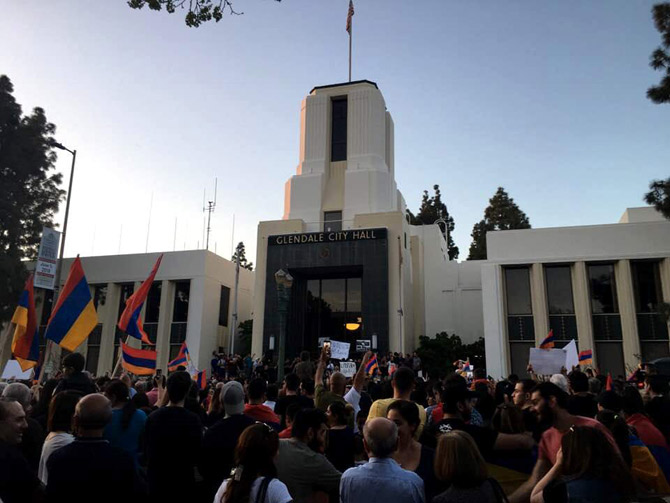