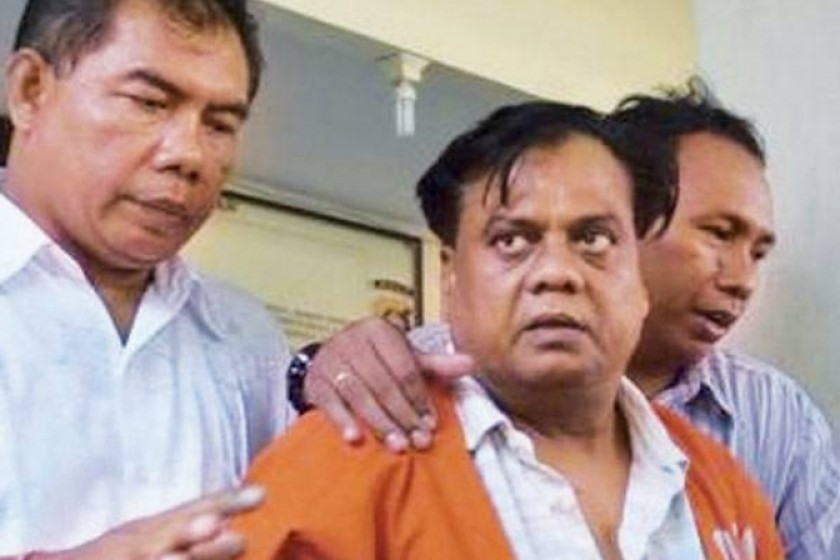 A gangster who ruled the Indian underworld in the 1980s was sentenced together with eight accomplices to life in prison on Wednesday for the murder of crime reporter Jyotirmoy Dey, Times of India reported.

Dey, who wrote under the byline J-Dey, was 56 when he was shot dead in 2011 with five bullets in the back by four men who followed him with motorbikes and an SUV as he was returning home from running errands.

After his death, journalists held marches in Mumbai asking for greater protection from the government, BBC reported.

As a veteran reporter and the crime and investigations editor for Indian daily Mid Day, Dey had covered many of Mumbai’s underworld figures, including Chhota Rajan or “Little Rajan,” whose real name is Rajendra Sadashiv Nikalje.

Rajan, one of India’s most notorious gangsters and drug traffickers, was born in Mumbai and made his way up the criminal food chain starting as a petty criminal who sold black market cinema tickets in the slum of Tilak Nagar. During his rise, he worked together with big underworld figures like Dawood Ibrahim and Arun Gawli before starting his own gang.

To arrange a hit on Dey, Rajan called one of his aides, Satish Kayla, on May 22, 2011. Kayla formed a seven-member team, arranged the bikes, and got a .32 revolver and cartridges.

Call data showed that the suspects were keeping a watch on Dey’s house and were on site when Dey was hit on June 11.

Recovered bullets matched their weapons and investigators had found one of the bikes the victim was chased with.

Between July and November, TV channels claimed that Rajan called them and confessed to ordering the hit. He allegedly expressed regret while saying that Dey was involved with Dawood, who had become his rival, that he felt “instigated” by a woman journalist and that Dey “had crossed his limit.”

The court sentenced Rajan for ordering the murder, found eight of his helpers guilty for conspiracy and murder and fined them all a total of 22.3 million Indian Rupee (US$ 333,430).

One more suspect is still on the run and another died in 2015. Two more, including one journalist, were acquitted due to a lack of evidence.

Rajan was on the run since Interpol issued a warrant against him in 1995. Indonesian police arrested and extradited him to India in 2015. He was wanted for more than 15 cases of murder, according to Live Mint.

Rajan had already been found guilty of conspiracy, murder and being part of an organized crime group. Currently detained in a Delhi prison, he attended the court hearing via video.