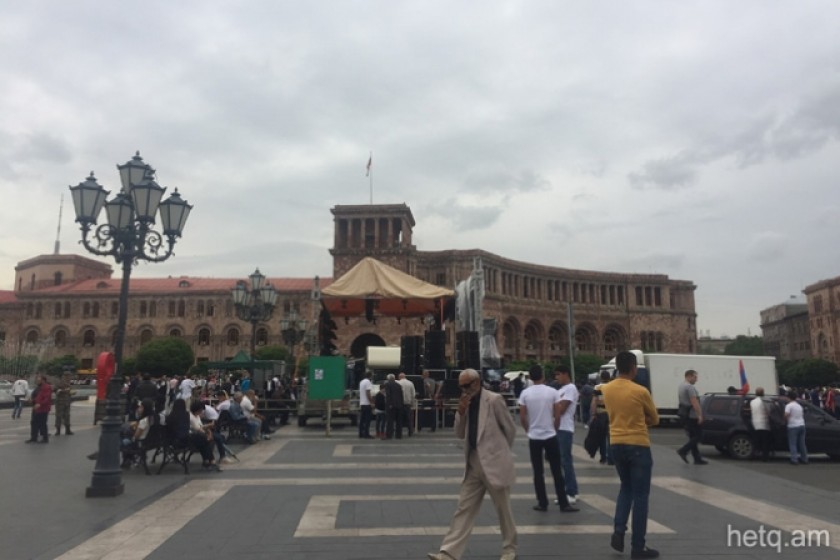 People started to gather in Yerevan’s Republic Square since early this morning.

They’ve come to follow today’s election for prime minister that will take place at noon today at the National Assembly. 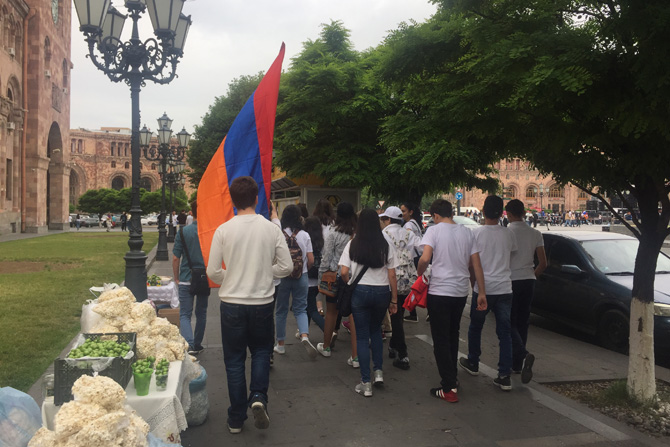 Most are wearing white shirts, a symbol of the impending election of Nikol Pashinyan.

Pashinyan was defeated in the election held on May 1 by a vote of 56-45.

For today’s election, his candidacy was endorsed by 41 MPs from the Yelk, Tsarukyan and ARF factions. 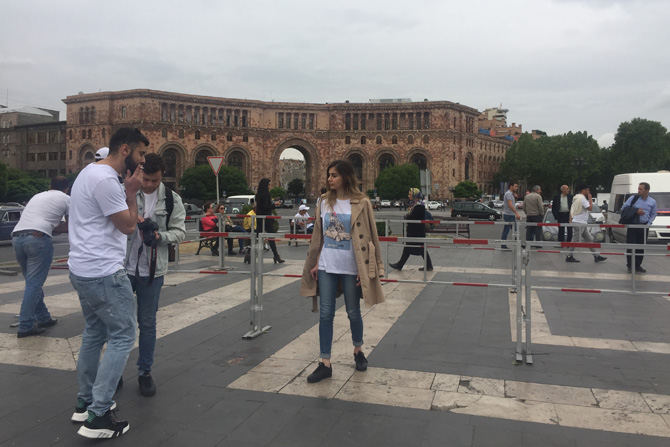 Pashinyan is the only nominated candidate for the job.

The ruling Republican Party of Armenia has said it would support the candidate nominated by at least one-third of the parliament’s deputies. 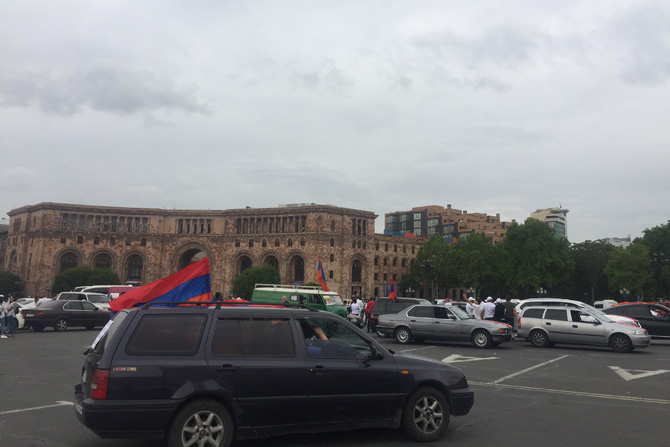