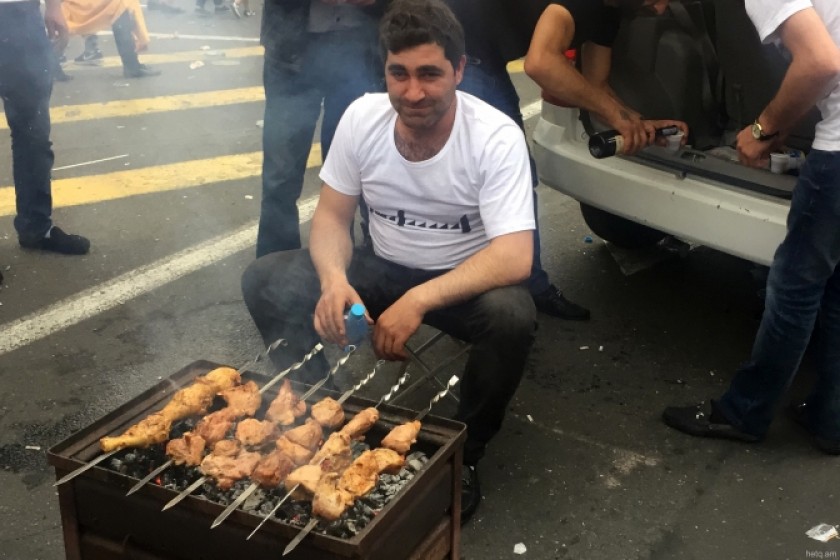 28-year-old Karen Ohanyan is fulfilling his promise to cook some wild pig khorovatz in Yerevan’s Republic Square if Nikol Pashinyan is elected Armenia’s next prime minister.

The smoke from Ohanyan’s grill can be spotted a mile away, and the wafting aromas entice many to have their picture taken with the him. Karen's handing out the meat free to those in the crowd.

Karen got a chance congratulate Pashinyan in person today. Pashinyan was elected earlier today by a vote of 59-42 in the parliament.

Ohanyan has attended anti-government held in the square for the past seventeen days, saying he always believed that the movement would eventually win and that Pashinyan would become prime minister.