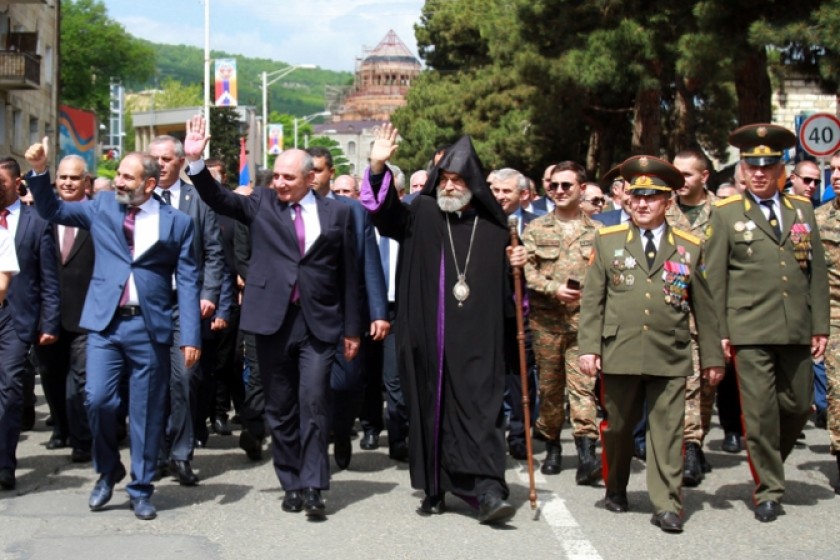 Pashinyan Attends May 9 Commemorations in Stepanakert

Newly-elected Armenian Prime Minister Nikol Pashinyan travelled to Artsakh to participate in ceremonies marking Victory and Peace Day and the liberation of Shushi, all of which fall on May 9.

A statement released by the Artsakh Ministry of Defense says that celebrations kicked off in Stepanakert, the Artsakh capital, with a military parade through the streets “symbolizing the loyalty to the most important national and state values, and our willingness to yet again sacrifice all in the name of defending all we’ve achieved at the cost of blood and struggle.”

After the celebrations, representatives of the two Armenian states sat down at discussed the situation along the Line of Contact, the prospects of expanding military cooperation, and refining ways to suppress Azerbaijani ceasefire violations.