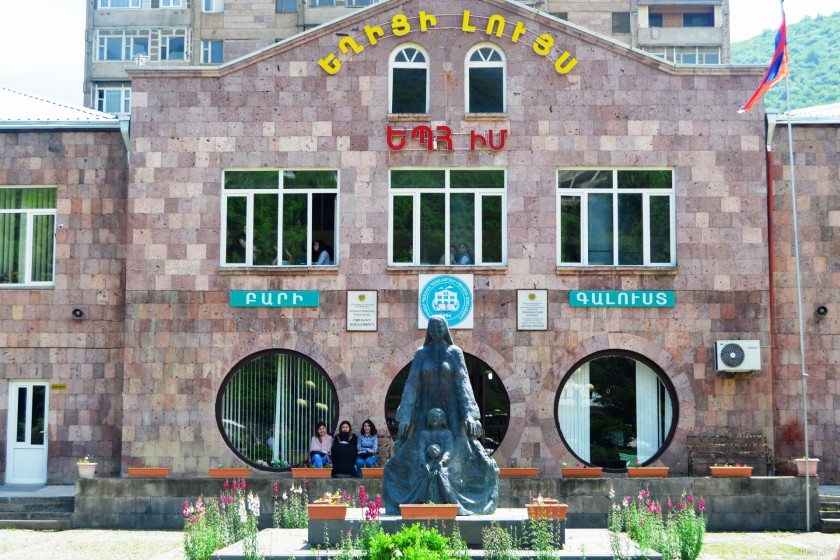 Students at the Ijevan campus of Yerevan State University want a bigger say in the decision-making process and have launched a petition drive to voice their demands for greater student participation.

Students are also demanding greater financial oversight at the school and want to appoint their candidate for the post of deputy director.

Over the years, the school has had its fair share of bad publicity – teachers accepting bribes, etc.- and it now appears that students are mobilizing for positive change.

Their main target is Director Samvel Arakelyan, who has run the school for the past seventeen years.

Arakelyan has also served as director of the Ijevan branch of the Republican Party of Armenia for the past few years.

During the anti-government protests that recently rocked Armenia, a number of people, including graduates of the Ijevan campus, entered Arakelyan’s office and demanded that he join the pro-Nikol Pashinyan demonstrators. The protesters also accused him of taking bribes, a charge which he denied.

Public discussions have been held at the campus and Artak Tsutsulyan, who heads the General Math and Natural Sciences Department, has been picked as the best candidate for the job of school deputy director.

Hayk Kamalyan, who teaches at the school, says that Director Arakelyan has tried to downplay demands for change as the work of a minority.

Tsutsulyan told Hetq that the during the Armenia’s recent “Velvet Revolution” students and teachers staging protests at the Ijevan school were strongly opposed by the school administration. Tsutsulyan says they have rejected the former atmosphere of fear that reigned within the school’s walls.

“The demands of the people aren’t things you can see – financial accountability, just formation of the governing council, fair elections for chair heads and student councils. We want an environment where talented people can exhibit their potential,” Tsutsulyan said, adding that such elections are rarely held in the school, leading to temporary appointments that have lasted for 7-8 years.

Director Samvel Arakelyan  told Hetq that he’s all in favor of launching a fresh start at the school and would have wanted to see students take the initiative long before today.

“The activism of students has increased, and it’s welcomed. They weren’t so active in the past. I always dreamt of having a student council that would actively participate in discussing and solving the school’s problems, that would express the wishes of the entire student body and not the interests of this or that group,” Arakelyan said, adding that the possibility for this to happen had arrived and that new elections would be held next week.

Arakelyan confesses that he acted wrongly one day during the recent anti-government protests when he locked the main gate to the school, not permitting students to join pro-Nikol Pashinyan protesters outside.

Nevertheless, Arakelyan says he ordered the gate closed so as “not to disrupt the educational process”.

“Students must exercise their civil rights after class. They must also take into account that teachers come from Yerevan to teach at our campus and that classes must be scheduled without obstacles,” says Arakelyan, adding that the school administration is ready to compromise on any issue of contention.