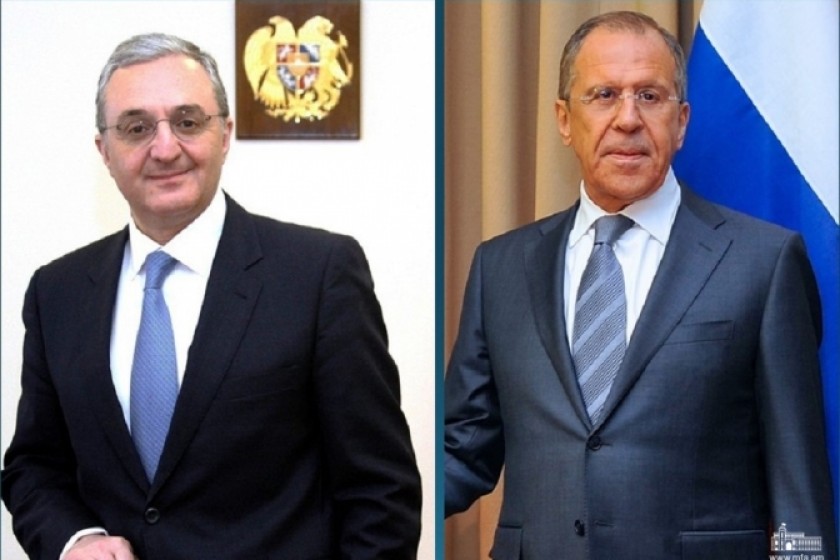 Armenian and Russian Ministers Have Phone Conversation; Plan to Meet in Moscow

The ministers congratulated each other on their appointment and reappointment as foreign ministers, reiterating their interest in continuing the enhancement and deepening of the allied relations between Armenia and Russia.

During the telephone conversation, the sides highlighted the importance of the substantive dialogue between Nikol Pashinyan, Prime Minister of Armenia and Vladimir Putin, the President of the Russian Federation in Sochi on May 14.

The ministers discussed a number of issues related to cooperation in both bilateral and multilateral formats, as well as regional and international issues.

Zohrab Mnatsakanyan accepted the invitation of Sergey Lavrov to visit Moscow in the near future to hold a more detailed discussion on the Armenian-Russian agenda and further advance the relations.

The Armenia Foreign Minister highly appreciated the efforts of Russia, as well as other OSCE Minsk Group Co-Chair countries - France and the United States, aimed at the peaceful settlement of the Nagorno-Karabakh conflict.

In this context, Zohrab Mnatsakanyan reaffirmed Armenia's commitment to the exclusively peaceful settlement of the Nagorno-Karabakh conflict within the framework of the OSCE Minsk Group Co-Chairmanship.

He underlined that for the success of the process it is important to ensure an environment conducive to peace.