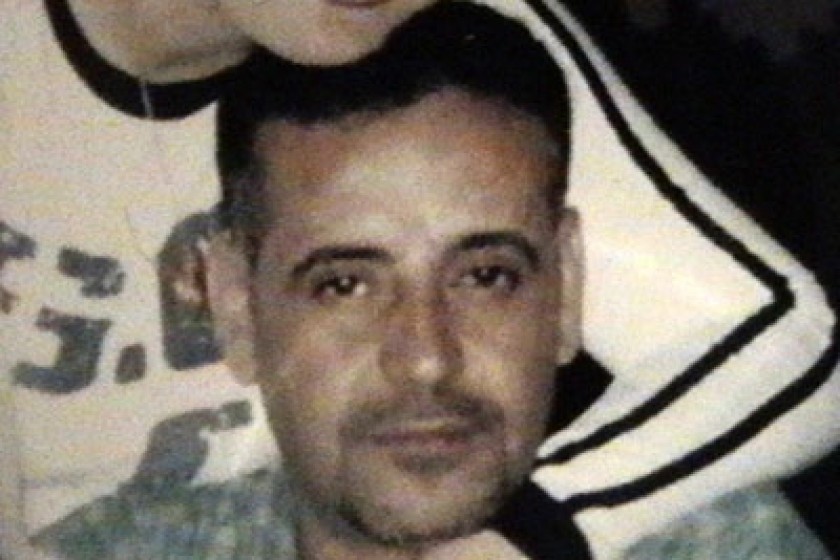 The Armenian network in the Dubai sex trade

The man in this picture is known as Asad. He is the boss of the Armenian pimps in Dubai.

It was 3 a.m. , February 8, 2004 , and another night had ended at the Premiere, a disco on the first floor of the Hyatt Regency Hotel. We were waiting in the lobby for a chance to secretly film Asad and his friends. But they never appeared. The sex-trade bosses had gone to a cafe to talk about something, but we never learned what. At 4 a.m. , a security guard asked us to leave the hotel.

We had seen Asad a few times inside the disco, but we couldn't do any filming, because the security guards at the entrance checked everyone for special devices. After several days, we succeeded in planting a small video camera in the bag of one of the Armenian women, but Asad didn't come to disco that night.

Asad is well known in Dubai among Armenian pimps and Armenian prostitutes alike. At the Hyatt Regency disco, several Armenian women came up to Asad and exchanged a few words with him. If he didn't ask them to sit down, they would quickly leave. Usually, if Asad invites a girl to sit down, it means he either wants to spend the night with her himself, or introduce her to his guests.

Asad is from Syria . He probably had Armenian neighbors or friends there, because he speaks some Western Armenian. He solves problems for the Armenian women, and guarantees their safety. Only with his help can Armenian pimps bring women to Dubai in the first place. He is the link between them the UAE immigration department and police. If the Armenians have any problems, Asad is the first one to find out. He's the one the pimps call if a girl has a visa problem or gets picked up by the police.

Asad's brother Ali also works in the sex trade, "importing" women from Russia . Through Asad, some of the Russians come to be supervised by Armenian pimps. For instance, in February, Ano (Anahit) from Echmiadzin took charge of a 16-year -old girl from Siberia named Olga. According to one of Ano's Armenian girls, she paid Asad $6,000 for Olga, underage girls being more expensive.

We met Olga in a second floor apartment Ano rents for the girls (she herself lives on the third floor). The girl had multiple cuts on her arms, as if she had tried to slit her wrists, but she wouldn't talk about it. We couldn't find out how she had arrived in Dubai , either, but it's most likely she was brought here by Ali. 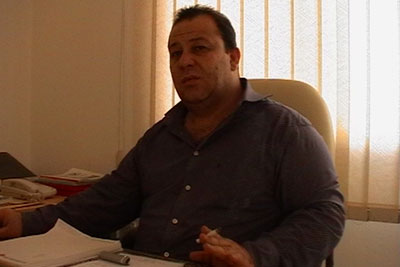 We wrote about Doctor Tigran Melikyan, who takes care of the Armenian prostitutes, in a recent article. A Syrian-Armenian, Tigran went to medical school in Yerevan , and then worked at Yerevan 's Hospital No. 8 until 1999. It is possible that Tigran knew Asad back in Syria .

Although all the Armenian pimps and prostitutes in Dubai know Tigran, he has no connections, social or otherwise, with the Armenian Diaspora there. Tigran is probably the only person who can say how many Armenian prostitutes are in Dubai . He works all day long, and still doesn't have enough time to take care of all the girls.

One Armenian prostitute said that Tigran requires the girls to get an injection every month. "He says that it's against AIDS," Diana from Hrazdan explained. She really believes that she is being inoculated against AIDS. When we told her that there was no such drug, she was amazed. "Then what are they giving us?"

On the day they day they get the injection, the girls don't go to work, since the doctor strictly prohibits sex.

Ali, or the punishment gang

The Armenian pimps have a special method of punishing girls who misbehave. "There is one Arab whose services are used by all the Armenian bosses. His name is Ali, and his nickname is Papa Tulip. The girls call him Ali the Tail. "He has long hair, and wears it in a pony tail," explained Anush from Yerevan , who has been here two years. She works for Nelli, also known in Armenia as Sverdlov Street Nelli. "The boss calls Ali, he comes and takes girls to the Sahara Desert [this is probably is a nickname for a local desert], where several people rape her and beat her. Then they bring her back. When our Shushan ran away, they caught her and took her to the desert. She was in horrible shape when she came back. It took her several days to come to her senses," said Ani, a girl who belongs to another pimp, Bad Nelli. All the Armenian prostitutes are scared of Ali.

"Once another girl was taken to the desert," said Armine from Masis. "Afterwards, she swore that she would get revenge. The next day she went to the police, and told them that she had been raped and beaten. The police arrested Ahmed, Ali, and Omar and they went to in jail for two months."

After they repay their debts to the pimps, some of the Armenian women start to work independently. Anush, who is 24, now works for herself and lives with a girl from Russia . She has regular clients and feels safe. One of her clients got her a working visa from Yerevan , and now she has no more problems crossing the border. Nelli, her former boss, now lives in Yerevan , though her son David and his wife Gayane are in Dubai . All the members of this family are notorious pimps. Gayane was arrested in Armenia and charged with pimping in the 1990's.

Amin is Asad's African manager. During the day he collects money from the Armenian pimps. He also has several groups of Armenian prostitutes under his direct supervision. Twice, we followed Amin near the Armenian pimp Anush's house, hoping to photograph him, but didn't succeed. Both times, he entered Anush's apartment at exactly the same time, 3 p.m. , and then left after half an hour. Each time he drove a different car.

In early February, we were told by Armenian prostitutes, three officials from Armenia 's Prosecutor General's Office were in Dubai . They had also been there the last time we visited. On their first visit, the officials had spent time at the Cyclone. But that's another story.

The Armenian Network in the Dubai Sex Trade

Andranik 2012-01-29 03:05:03
Assad, the Armenian people will hang you in Dubai.
Andranik 2012-01-28 21:36:00
Hetq is blocked in Dubai, but do you know why??? Because the UAE police is directly involved into the sex trade in Dubai, information of Hetq causes them not to have Armenian girls in Dubai, it is that simple, the security forces in Dubai can track down any one in less than two hours, they know every thing about every one in Dubai, they even know how many times you flush you toilet per day. The most amazing thing is that they are an Islamic country, how do they have sex & prostitution in broad day light??? This is how the country makes money & this how Dubai was build, but people are amazed about Dubai with out knowing any thing of what is going on, they call it the attraction of Dubai, not for the biggest tower of the world but for the sex trade.
Andranik 2012-01-13 10:49:09
To stupid Assad the pimp from Syria, I have to write in Arabic cause you stupid asshole knows only Arabic so read carefully. Unte gawad wa haywan kaber Sury, laish unte may gib sharmuta sury? gib omek, akhtek, abuk meshan ushteghel sharmuta dakhel Dubai, nos harem sury sharmuta dakhel Surya wa hadol kaleb Arabi, shoghel unte ser mazbut wa zain, wa unte shater gawad egdar shteghel zain, ana aref suren bal zaman kol kalakche bus ana may shuf gawad shater metel unte, derbalek anagul akher mara eza unte may khle harem Armani ana neech unte dakhel Dubai dakhel madina jedamel nas was gsser rasek, ya haywan shu feker unte? egdar sove ayshay wa ate floos bel shorta dakhel Dubai wa shteghel gawad, ya khara ya manuk alkaber, derbalek hada akher kalem ana, ana egdar neech unte wa geser rasek jdamel nas wa ana may khaf hata shorta mal Dubai, ana fe floos kater wa egdar nech anta ay wakht, maratane wa akher mara ana gul derbalek jedan,aza ana shuf ay shay maratane, ana emsek unte wa dakhel sahra Dubai neech tezek jdam kole sharmuta dakhel Dubai wa hat khasheb dakhel tezek mushan unta fahem.
Andranik 2012-01-12 06:20:12
Talk Dr.Tigran Melikyan, you were educated in Armenia, please have some respect for your home land country, with your information this stupid Assad from Syria can be tracked down & the poor Armenian girls can be released from this Prostitution gang. Think the bread that you eat today is because of you education in Armenia, so please open you mouth & give the information to the Armenian police, talk & prove that you are not in the Assad gang of prostitution.
Andranik 2012-01-11 23:55:36
Dubai is an Islamic gulf country, the secret police knows every thing & every body, even how many times people flush there toilets at there home, despite of being an Islamic country it freely allows prostitution with no shame. The secret police in Dubai can track any one in few hours to find out about him or her, but they take no action to track down this stupid Assad the Syrian pimp, who should be hanged to death, because he tips off the secret police. It looks like Dubai is famous for its prostitution attraction in the Arab world.