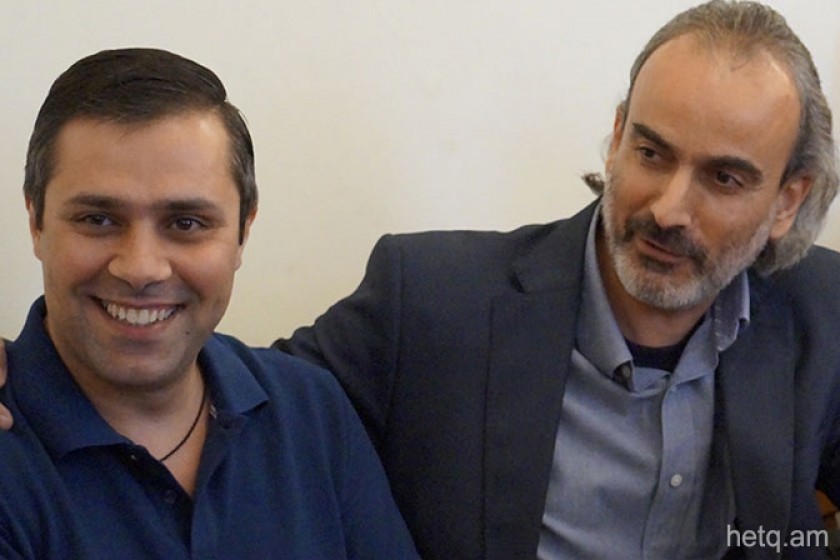 Armenia’s Court of Appeals today postponed handing down its decision on a motion to release Jirayr Sefilyan and five other defendants while the court reviews their petition to overturn their sentences handed down by a lower court earlier this year.

Sefilyan, a leader of the Founding Parliament opposition movement, is appealing the ten-year five-month sentence handed him in March for conspiracy to foment public disorder, illegal arms possession, and conspiracy to seize government buildings.

Sefilyan told reporters covering the trial that all political prisoners in Armenia would be freed in a matter of days, and that those unjustly convicted by the courts would also be freed in time.

“Our prime issue right now is the freedom of all. We must support the government in power, that of Mr. Pashinyan, so that we come out of the difficult process with honor and start the work of nation building,” Sefilyan told reporters while the court judges consulted in chambers.

Sefilyan said that the old regime should give up any hope of returning to power and called on all political forces in Armenia to put aside their differences and work to clean-up the country.

The trial will recommence tomorrow.