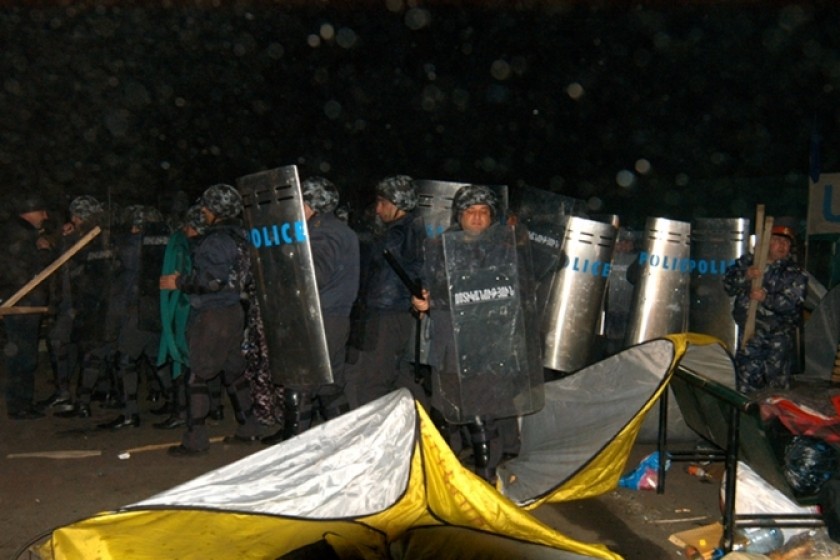 Police are looking for Harutyunyan

As part of its investigation into the mass public protests of March 1-2, 2008 in Yerevan during which ten people were killed, Armenia’s Special Investigative Service (SIS) reported today that charges of “usurping state power” have been filed against  Mikayel Harutyunyan, who was serving as defense minister at the time.

The SIS says that Harutyunyan and other top government officials disregarded several articles of the constitution in an attempt to quash peaceful protests following the contested February 19 presidential election.

For example, the SIS says that Armenian military units were used to disperse the protesters, which violates Article 8.2 of the Constitution prohibiting the military from intervening in domestic political affairs.

Thousands in Yerevan took to the streets when the Central Electoral Commission declared Serzh Sargsyan the winner of the February 18 election.

Combined units of the police and army attacked the protesters on March 1. Eight civilians and two police officers died in the melee.

An all-points bulletin has been issued for the arrest Harutyunyan.