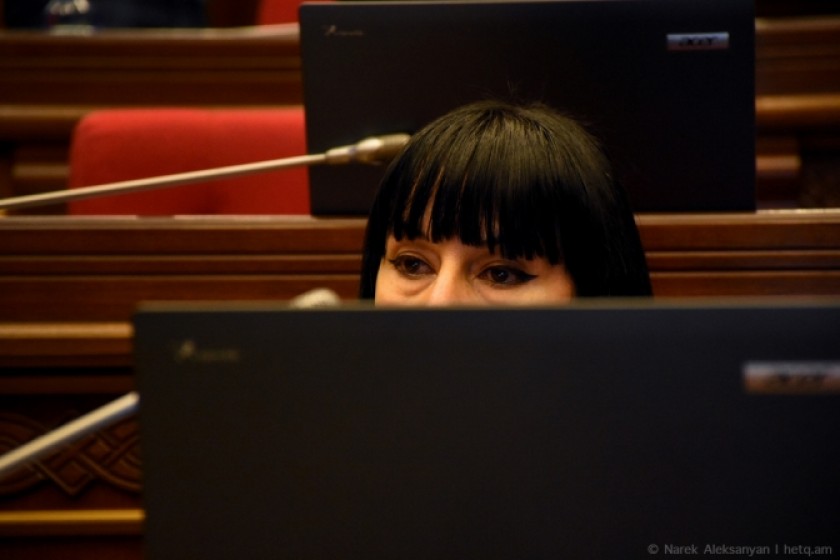 Yerevan, the capital of Armenia, has gone without a mayor since July 9, when Taron Margaryan resigned from the post, and the issue regarding his replacement remains up in the air due to differing views on what the law on local self-governance states on the matter.

On July 16, Yerevan Municipal Council was scheduled to convene a session to elect a new mayor, but failed to do so, due to a lack of a quorum.

Some legal experts claim that the council has been dissolved as a result and that new elections must be held to form a new council that will then select a new mayor. If this position holds, new elections will be held in September, at the earliest.

Other experts argue that the law allows for the existing council to convene within a two-week period and elect a mayor.

To date, only the Yerkir Tsirani political party has put forth a candidate for the job. The party’s candidate is Zaruhi Postanjyan.

Davit Khajakyan, who heads the Yelk (Way Out) faction in the municipal council, told Hetq that Yelk hasn’t yet decided whether it will participate in the election as an alliance or with individual candidates.

Sergey Mkrtchyan, who heads the Republican Party of Armenia faction in the council, says the party hasn’t yet discussed whether it will field candidates in the election.

The Armenian National Congress (HAK), which is not represented in the council, hasn’t announced whether it will participate in the next round of elections.

The Heritage political party says it will field candidates for the new municipal council but hasn’t named who they will be.

MP Naira Zohrabyan, who heads the Prosperous Armenia parliamentary faction, told Hetq that the party will be fielding candidates for the Yerevan Municipal Council election, but only after an agreement is reached as to when that election will be held.

“There is still no clarity regarding the municipal council election. The law is being interpreted differently because it contains some moot points. Some argue that the election can be scheduled in mid-September or at the end of that month. Others say the government musty first dissolve the current council,” Zohrabyan said.

Zohrabyan said that her party has a professional team of individuals who understand the ins and outs of managing Yerevan’s municipal government and can guide the city’s development on the right track.

She said that the party would not endorse anyone for the municipal council suspected of any wrongdoing or linked to shady business deals.

When asked if Prosperous Armenia might participate in the election as part of an alliance with others, Zohrabyan said her party hasn’t yet discussed the matter.

Zohrabyan refrained from commenting on media speculation that she would top her party’s list in the upcoming municipal council election.

“That something our political team will decide. I will accept any decision reached. I will support whomever is selected to head our list and will help publicize our agenda and vision regarding Yerevan’s future development.