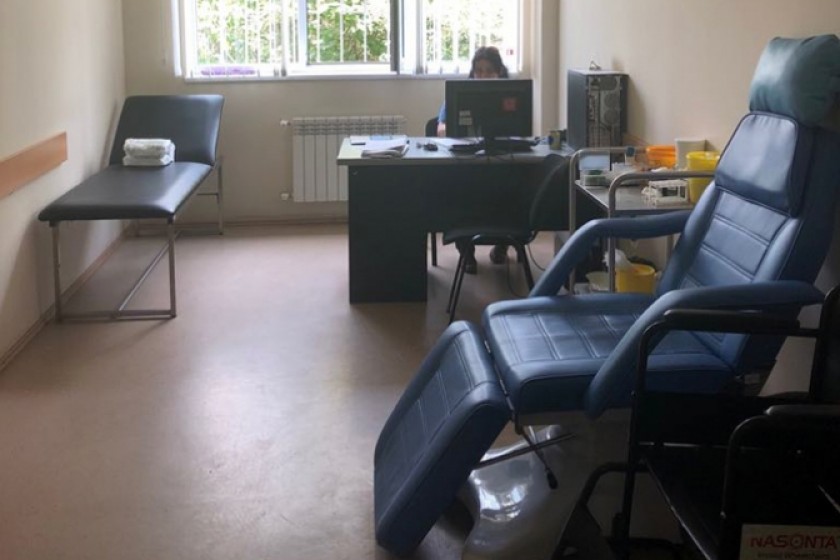 HIV/AIDS in Armenia: Much Progress Made, but Funding and Cultural Issues Remain

As of 2017, an estimated number of 3,400 people in Armenia are infected with HIV according to the National Center for AIDS Prevention. Compared to other countries, Armenia demonstrates a relatively low occurrence of HIV/AIDS. Nonetheless, Armenia has far to go in strengthening its healthcare system and transforming cultural norms surrounding HIV/AIDS in order to end HIV/AIDS and guarantee the right to health.

The Joint United Nations Programme on HIV and AIDS asserts that the right to health endowed within all people necessitates that every government in the world holds a duty to provide its citizens with accessible and affordable health solutions to effectively combat HIV/AIDS. This includes good treatment, implementation of preventative measures, health education, and freedom from discrimination in healthcare facilities. Governments must commit themselves to the eradication of HIV/AIDS in order to fully uphold the right to health.

HIV is a virus that attacks the body's immune system. If untreated, HIV progresses to the final stage of infection known as AIDS. A person with AIDS is vulnerable to the development of various infections and cancers that take advantage of his or her weakened immune system.

The National Center for AIDS Prevention is the sole institution within Armenia’s Ministry of Health responsible for prevention and treatment of HIV/AIDS.

The National Center for AIDS Prevention consists of preventive, psychological, epidemiological, laboratory, and medical care departments devoted to treating and supporting individuals infected with HIV. Many non-governmental organizations are additionally involved in raising awareness of HIV/AIDS and supporting people living with HIV. Such NGO's include PINK Armenia; Real World, Real People; New Generation; the AIDS Prevention Union; and Positive People Armenian Network. Such NGO's particularly play a key role in aiding key communities that are at high risk of infection, including drug users, sex workers, and the LGBT+ community.

Those actors in Armenia working to end HIV/AIDS have demonstrated much success in recent years. For example, in 2007, Armenia received EMTCT status from the World Health Organization, meaning that Armenia eliminated mother-to-child transmission of the HIV infection. Armenia has maintained this status every year since.  Moreover, Armenia recently transitioned from the stage of HIV concentration to the low-level stage of HIV prevalence, a positive indicator of the reduction in the occurrence of HIV. These are both signs of fantastic achievements for the public health of Armenians and progress toward fulfilling the human right to health.

However, Armenia's healthcare system still does not demonstrate the adequate financial capacity to properly confront the HIV epidemic. Only 39% of the funding for the National Center for AIDS Prevention comes from the state budget. The largest allocation of funding for the center comes from the Global Fund (61%), and the remainder of funds come from the Russian government, United Nations agencies, and other global actors. Moreover, NGO's receive little to no support from the government, relying on international institutions as their primary source of funding. If such international organizations and actors ever choose to stop funding the National Center for AIDS Prevention or Armenia's NGO's, prevention and treatment of HIV/AIDS in Armenia will come to a standstill. This reality creates an uncertain future for actors working on HIV/AIDS in Armenia. Moreover, this mode of funding the essential work of preventing and treating HIV/AIDS contradicts the government's responsibility, as the primary addressee of human rights, to defend every person's inalienable right to health.

Besides irregular condom use, migrant workers exhibit low rates of HIV testing. According to the study, 3.3% of migrant workers in Armenia and 2.8% of migrant workers abroad reported having been tested for HIV. Of the 3400 people in Armenia infected with HIV, only 1530, about 45%, are on antiretroviral therapy (ART), or medications that treat HIV and prevent the growth of the virus so that it does not progress to the AIDS stage.

According to Dr. Lilit Hovhannisyan, a Doctor Statistician Monitoring and Evaluation Specialist at the National Center for AIDS Prevention, "In Armenia, people go to the doctor when they have a serious problem. There isn't a culture here of getting tested for preventive purposes." This culture prevents effective treatment of HIV. It additionally inhibits prevention of HIV transmission, as infected individuals who do not seek antiretroviral therapy are at risk of transmitting the infection to others. For example, while 53% of cases of HIV infection at the National Center for AIDS Prevention affect migrant workers, 17% affect their wives. These numbers only account for those people who have been tested for HIV and are actively receiving treatment.

People living with HIV also face discrimination in the health sector, reflective of a culture of stigmatization of HIV/AIDS. The National Center for AIDS Prevention has a strict policy of non-discrimination and full preservation of anonymity and medical confidentiality. However, this is not the case throughout Armenia's healthcare system.

For example, according to an article titled "The Problem of Diagnoses: Who has to Provide Aid to an HIV-Encephalopathic Person?" published by "As You," PINK Armenia's e-magazine, an HIV-positive individual was denied psychosomatic care by a mental hospital in Yerevan’sAvan district due to fear on behalf of the head of the department that he would infect the other patients. After being moved around to different medical centers and facing many difficult medical difficulties, he was moved to Nubarashen Mental Institution, where his HIV status was openly discussed, and he endured mocking comments from doctors regarding his HIV status. Doctors refused to touch him unless they wore two or three layers of gloves for fear of infection. These experiences reflect a lack of awareness and accurate knowledge of HIV/AIDS in Armenia's health institutions on how HIV is transmitted. "Doctors need a better education on how to prevent this kind of discrimination, on how HIV is transmitted, and on how to treat people equally," states MamikonHovsepyan, the founder and executive director of PINK Armenia.

While Armenia has made much progress in the past two decades in combating HIV/AIDS, the country has far to go.

The government must prioritize the strengthening of the national healthcare system and the transformation of cultural norms in order to effectively treat and prevent HIV/AIDS. These responsibilities lay in the hands of the government as the government holds the duty as the primary addressee of the people's human rights to uphold every Armenian's right to health. When I asked the manyexperts I interviewed whether they believed the new regime would devote itself to the prevention and treatment of HIV/AIDS, I was met with resounding optimism and faith in the new regime's commitment to human rights and the wellbeing of the people. If their hope is justified, then Armenia's future is bright and progress near.

Ishkhanian, Hovhannes. "The Problem of Diagnoses: Who Has to Provide Aid to an HIV Encephalopathic Person?" PINK Armenia. As You. PINK Armenia, asyou.pinkarmenia.org.

Ministry of Health of the Republic of Armenia. Armaids. National Center for AIDS Prevention, www.armaids.am/en/.

(Lillian Avedian is a student at the University of California, Berkeley studying Peace and Conflict Studies and Armenian Language and Literature. She is interning at Hetq with the Armenian Assembly of America Summer Internship Program.)