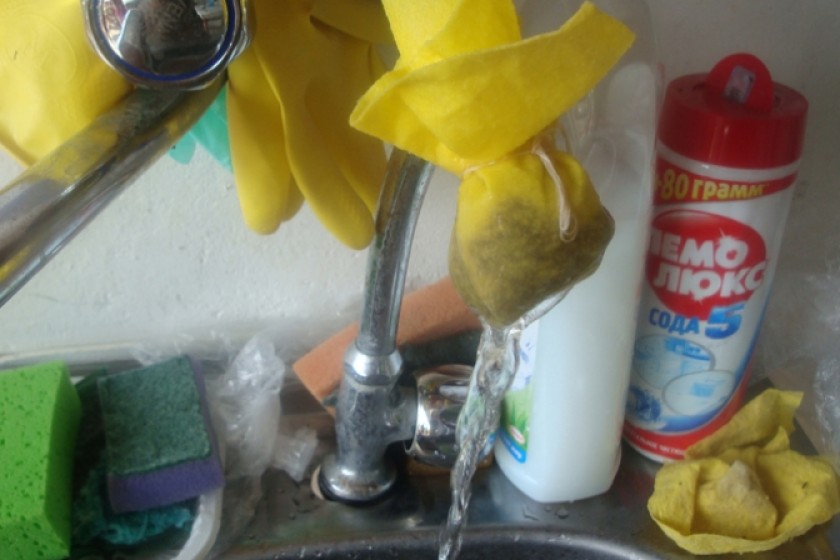 The water flowing from the faucets of homes in the Vachagan district of Kapan, a town in Armenia’s southern Syunik Province, is so murky that residents describe it as “cocoa”.

Tigran Mangasaryan, who spends his summers in Vachagan, says that when he opens the faucet the water has the color of chocolate.

At first, residents thought the problem was rust. Mangasaryan, however, says the water flows from an aquifer underneath the nearby Mt. Khoustup, and should be crystal clear. He says the problem is the holding basin that hasn’t been properly cleaned in years. “It’s full of muck,” he claims.

Residents have raised the water quality issue to local and national officials for the past year. Mangasaryan says he personally went to Yerevan and handed a batch of complaint letters to the office of Veolia Jur, a subsidiary of the French Veolia Group, which manages all water and wastewater systems in the country.

The water problem gets worse in the summer, when vacationers flock to Vachagan. Pressure in the delivery system decreases, and the fact that many illegally tap into the system merely exacerbates the problem.

Residents have to boil their faucet water before drinking it. The problem, as noted above, is the one meter of muck that’s accumulated on the floor of the holding basin. 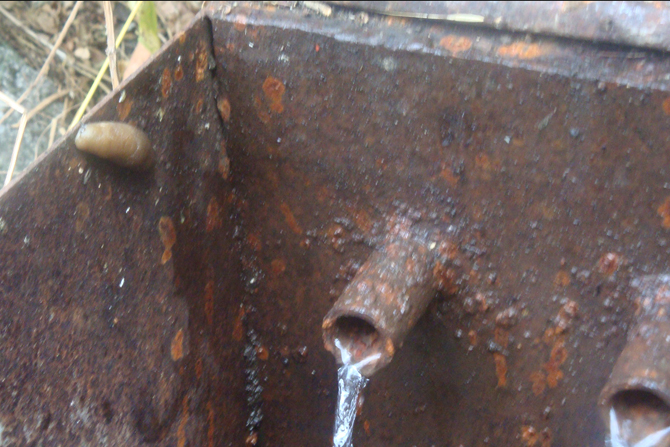 Svetlana Ohanjanyan, who represents Vachagan, tells Hetq that the letters and telephone calls of residents forced the company to partially clean the basin. She says water quality improved a bit, but the flow was next to nothing. Ohanjanyan compared it to the drips seen when homemade moonshine is distilled.

She says that a number of residents have received fines for nonpayment of their water bills, adding that this is an impossibility since they never received water in such amounts in the first place.

Mangasaryan hints that the water utility is fining those residents who have relatives working in Russia and can pay. He says the company should be going after those who have illegally tapped into the system and are consuming water for free. 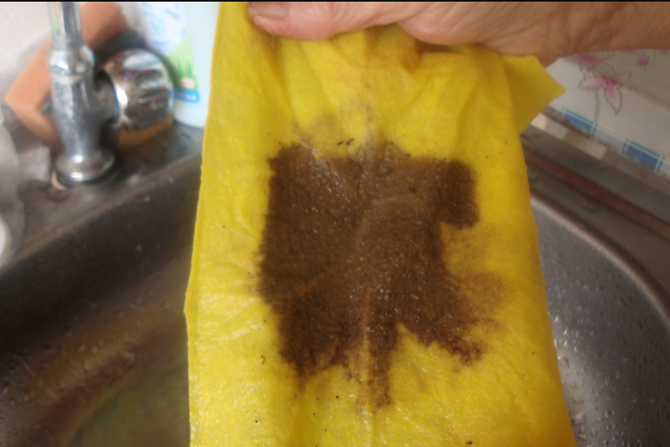 Hetq wanted to get Veolia Jur’s side of the story and spoke with Hovhannes Gevorgyan, who heads the company’s Kapan branch. He told us to get in touch with company press spokesperson Murat Sargsyan. We did. Sargsyan advised us to send our questions in writing.
Ohanjanyan claims that she and other Vachagan residents have informed Veolia Jur in writing about the water quality issue on several occasions, to no avail.
According to the Veolia Jur website:

In the system of Veolia Jur CJSC, water is mostly taken from mountain springs, fully complies with the Sanitary Norms and Rules of Drinking Water applicable in the Republic of Armenia and is provided to consumers mainly without additional purification.

Water treatment Stations operate only in Vanadzor, Dilijan, Berd, Kapan and Meghri, where part of the water used is taken from open basins, river intakes, is pre-cleaned and only then supplied to the distribution network. However, to ensure water safety and for preventive purposes, the water at the sources is chlorinated.

Mangasaryan sees the issue from a moral perspective.

“Villagers have no water, but a few summer resorts do. They fill their swimming pools and irrigate their fields. Five resorts consume as much water as 110 households.”