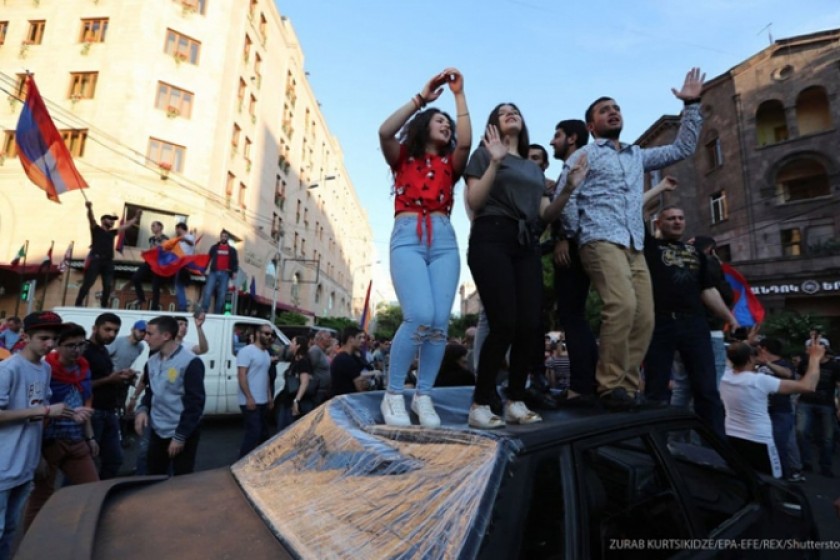 by Have A Go

On May 8, something almost miraculous happened in a tiny country in the Caucasus.

It was the same country that Conan O’Brien, Kim Kardashian, and the late Anthony Bourdain all visited over the last few years.

In this small, post Soviet country, inflicted with over two decades of economic hardship and political corruption with failed efforts at protest and reform, the world saw something amazing: a population that went out en mass in protest, blockaded the streets for weeks, and danced their way to a peaceful revolution!

“…when the people in the country of 3 million were not blocking highways, going on strike and waving the tricolor Armenian flag, they were engaged in an activity altogether unassociated with revolution: dancing…

With folk music blasting from the stereos of parked cars, groups of protesters would break off from the crowds to link arms and cavort in concentric circles.” – Washington Post

And on May 8th, this county got what it was clamoring for: a popular dissenting figure as a new prime minister.

Despite the amazing sights, the beautiful landscapes, amazing food, and rich heritage that was portrayed on The Tonight Show, Keeping Up With The Kardashians, and Parts Unknown, Armenia has had it rough.

This tiny, land-locked country sits between two hostile neighbors with economies orders of magnitude larger than it: the economic and military powerhouse Turkey and the oil-rich and militarized Azerbaijan. It faces a now two-decade-long blockade by these neighbors along most of its borders it due to an unresolved conflict. Its trade is confined to whatever can be trucked in from the north and south: Georgia and Iran. It has massive political corruption with enormously wealthy oligarchs pulling the strings. It has to play an uncomfortable geopolitcal tightrope walk, making sure not to lean too far in or out of US and Russian spheres of influence. Most of its energy comes from Russia, whose troops guard the borders against Turkey. Oh and it faces an 18.9% unemployment rate.

After the euphoria of a popular uprising and a new Prime Minister subsides, Armenia will also need an economic break, a lot of creativity, and geopolitical leverage if it is to survive and thrive. 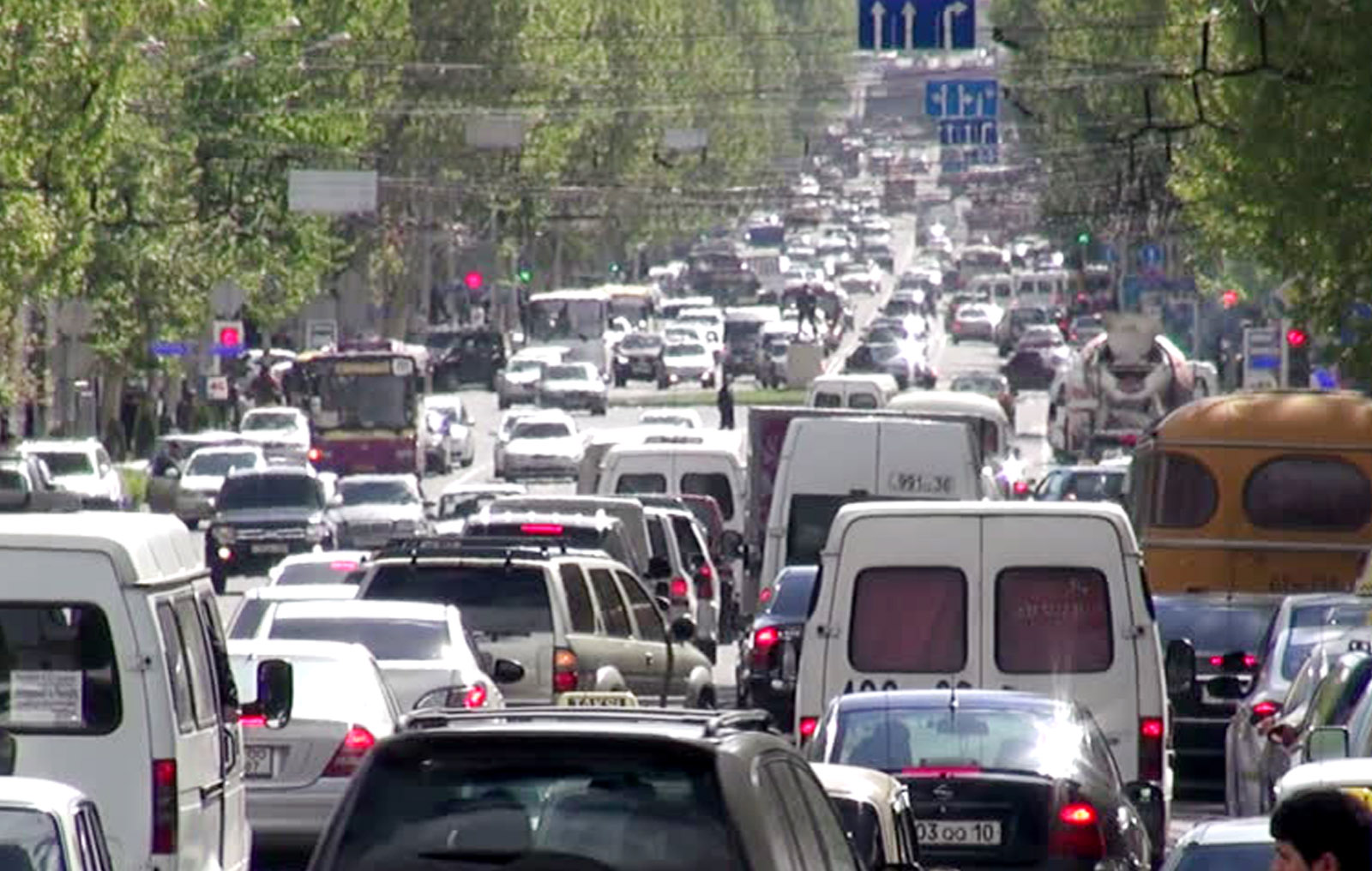 There is an entire industry/sector that is a drag on the entire world’s economy, the wellbeing of its cities and citizens, the health of the entire planet: the personal automobile.

The use of the car as a primary mode of transportation is one of the worst ideas of the 21st century:

As of yet, no country has taken a bold, yet extremely strategic move of eliminating cars as an urban transportation option.

Some cities have starting to banning them. Many make driving inconvenient and make other modes like walking, biking, and public transit very easy.

But many modern cities and their streets are quite literally built around personal car ownership. Big auto and big oil are enormously influential. And human habit can be very difficult to change.

Yet in a small county like Armenia, eliminating the car in cities could actually be relatively easy.

Armenian cities and towns are quite geographically small. Most of their neighborhoods and streets were designed pre-automobile, and most urban trips are under 3 miles. This would make alternatives such as walking, biking, and public transportation easy substitutes. And as we will see below, this also makes it really easy to replace the car with a new class of vehicle.

The economic and geopolitical benefits of eliminating the car would be hard to overstate, and therefor is truly low-hanging fruit for economic stimulus: 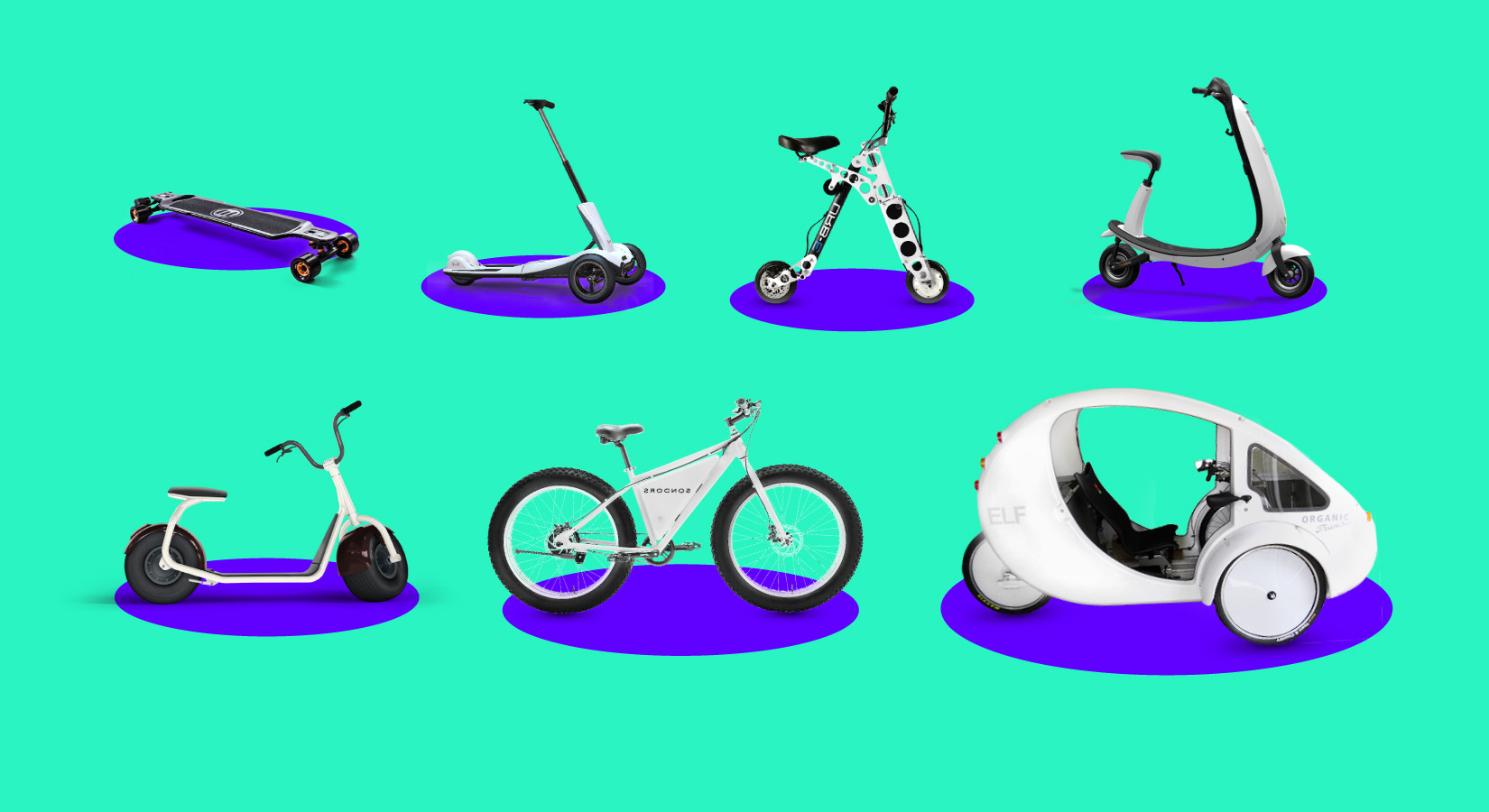 Over the past few years the humble bicycle, scooter, and skateboard have begun evolving.

First, they acquired the power of the electric motor and battery. This gave them the biggest benefit of cars: power. This translates to ease of use, drastically less sweating/panting, uphill boosts, longer range. So most of the upside of cars without the weight, size, inefficiency, emissions, traffic, safety issues, and sprawl issues.

But the fun didn’t stop there! The bicycle, scooter, and skateboard have begun diversifying in form factor.

This diversification has seeing an entire ecosystem of new, light, green, efficient, affordable, and easy to ride vehicles from electric unicycles, to electric folding bikes, to electric bicycle-cars hybrids, skateboard-scooter hybrids, to electric cargo bikes, to motorcycle-bikes, and on and on. 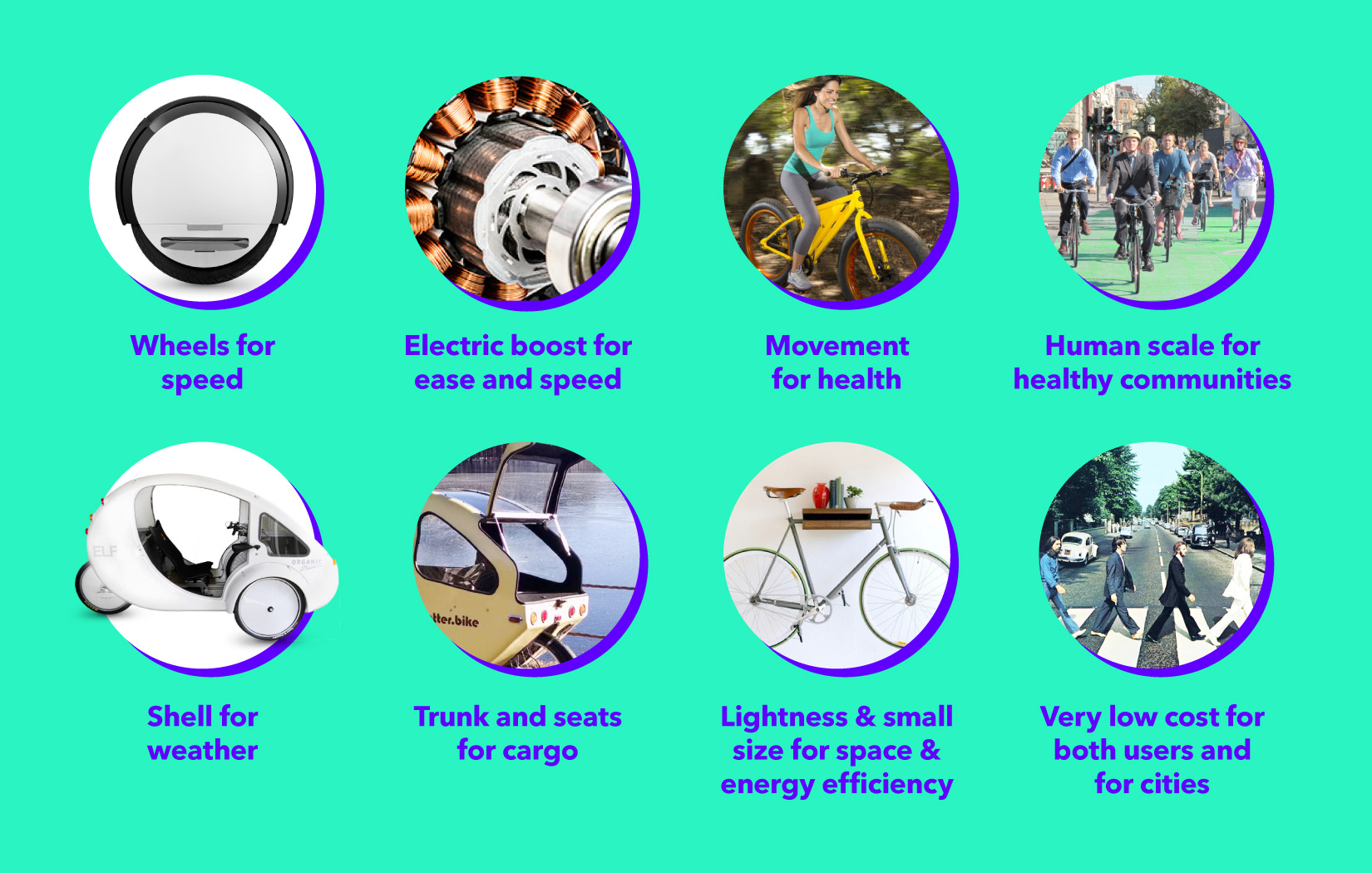 By essentially stealing the best part of the car, the engine/motor, and slicing up its bloated form factor into an ecosystem of different types of rides, little EVs give us all the benefits of cars with almost none of their negative side effects.

And with stunning results. 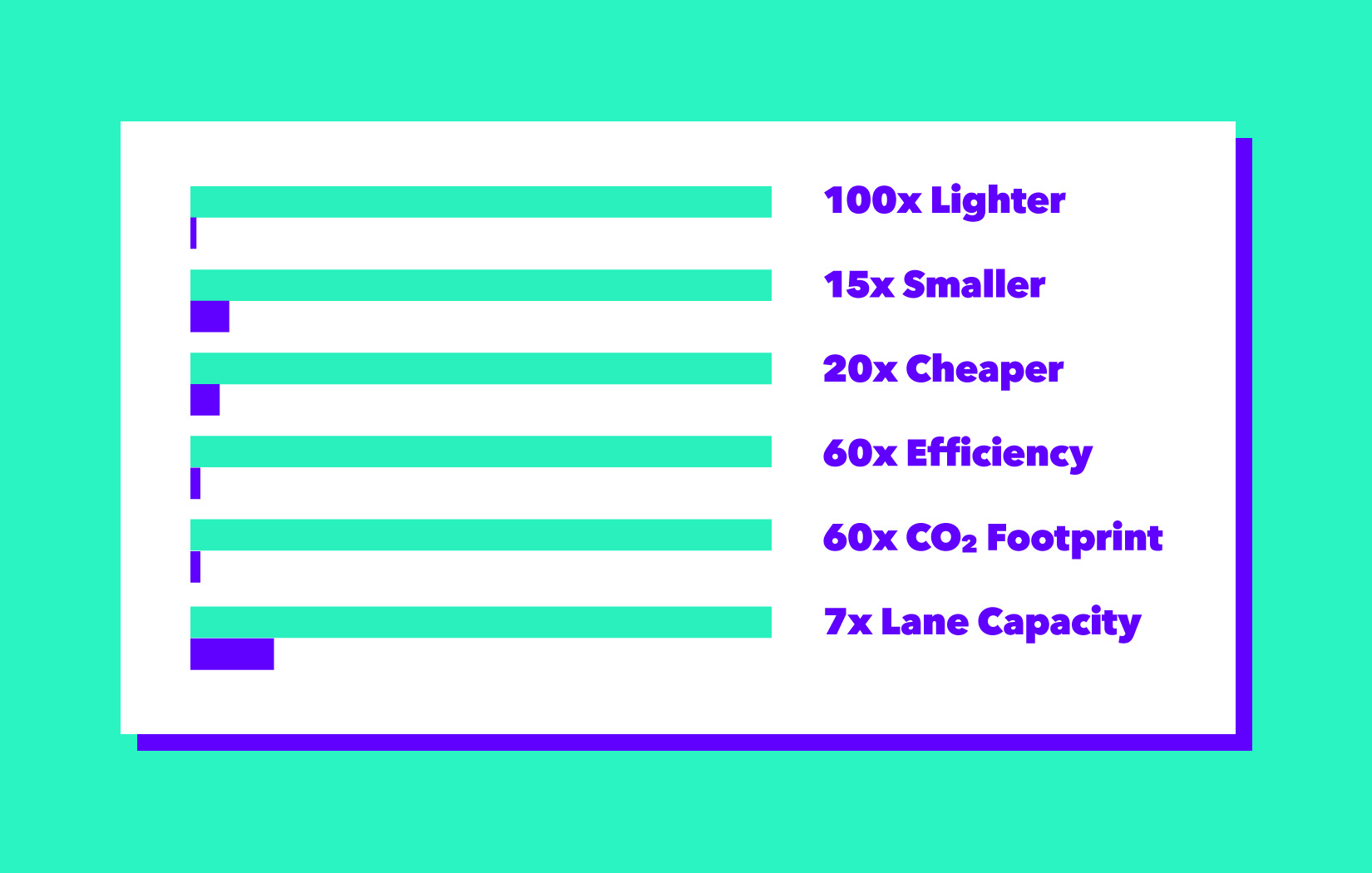 Little electric vehicles (green) simply blow cars away in every category when compared with cars (purple).

Little electric vehicles have all but eliminated the mobility trade-off of today’s conventional modes of transportation. 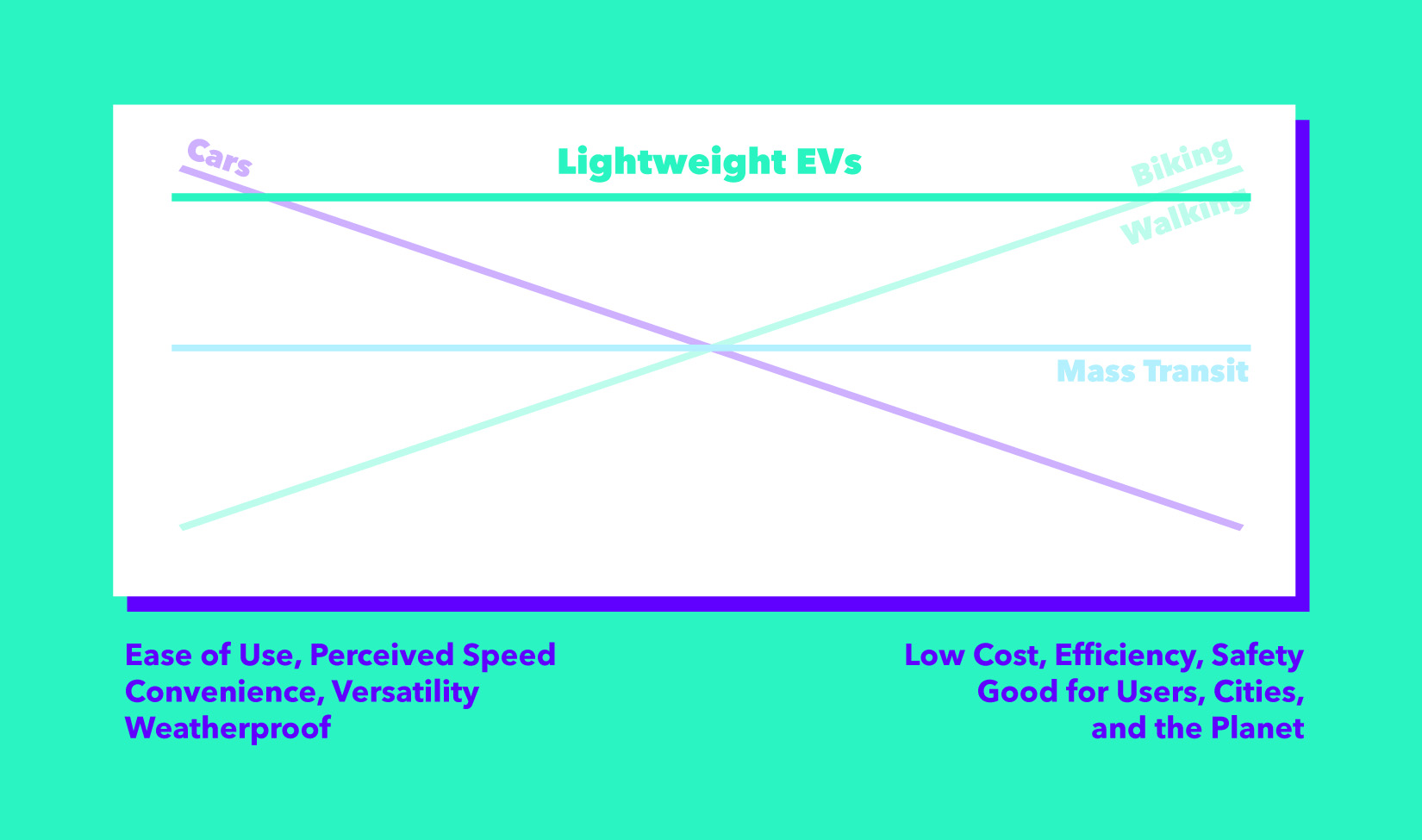 APPLIED TO OUR CASE STUDY 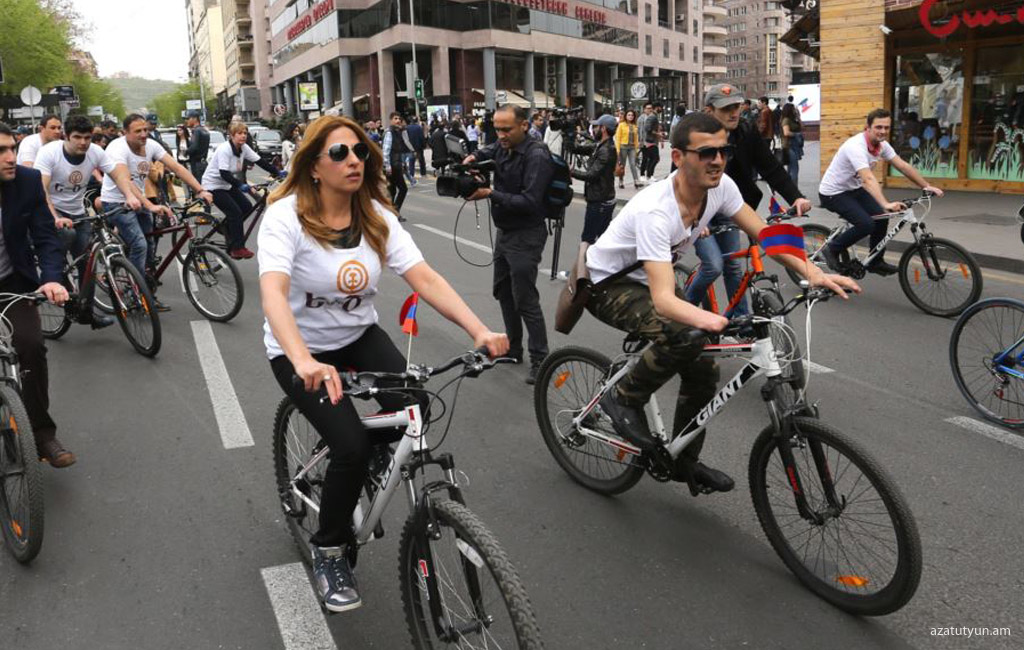 Cars are mean to go highway speeds, traverse long distances, and carry a lot of cargo. But almost all urban trips require the opposite. Slower speeds, short distances, carrying one or two people.

Thus, little electric vehicles are perfectly suited to replace the car, especially in the relatively small cities and towns of Armenia.

And thanks to the diversity in form factors and capabilities, there is a little electric vehicles for nearly any use case:

What would ditching the car and adopting little electric vehicles mean for Armenia?

Both rich and not-so-rich cities have demonstrated the benefits of walk/bike/bus urban mobility. From Copenhagen to Bogota, the gains are substantial and very clear:

Beyond these already substantial gains, Armenia could gain even more by such a transition:

IDEAS FOR SUCH A TRANSITION

Here are just a few ideas for such a transition:

Yalla: The Armenia Bird or Lime

There are firms like Rocket Internet copy successful Silicon Valley models like Uber, Airbnb, and Zappos and launch them in international markets before the Silicon Valley companies can gain a foothold. GG, the Uber of the Caucasus, is such an example.

Dockless electric bike and electric scooter sharing companies like Bird and Lime have figured out how to eliminate the bottlenecks that were previously holding back the adoption of lightweight electric vehicles.

Through a competitive grant or seed investment, Armenia could catalyze the create the GG of little electric vehicles and become the regional leader for this new ultra-disruptive mobility technology, capitalizing on all of the benefits little EVs provide citizens and cities by launch its own e-scooter/e-bike sharing service before Bird, Lime, and other can reach the Caucasus or even the Middle East. And can it then innovate in the space by actually fostering an little EV manufacturing sector and/or introducing new form factors into the sharing space (such as protected human pods for harsh winter mobility).

Armenia can utilize the burgeoning technology, design, and startup talent to create the GG of little electric vehicles, helping Armenia rapidly transition away from cars and also capitalize on this new market by becoming the dominant player in the wider region.

Electric cars cost tens of thousands of dollars. A traditional EV subsidy takes thousands of dollars per car to make any sort of difference in a consumers’ purchase decision. By contrast, little electric vehicles cost thousands and some even cost hundreds. A government subsidy could drastically cut its cost and quickly increase adoption with significantly less funds.

We’re learning a lot about what happens when a cities without proper biking infrastructure sees an influx of little electric vehicles like scooters. The ensuing “chaos” is vastly overblown, but some of the issues are real and the perceived chaos can cause a backlash resulting in a lot of complaints and political roadblocks to mass adoption.

One such painful example is the way Los Angeles ignored is own 2010 bike plan and is now dealing with the self-inflicted wound arising from having such inflexible, car-centric streets.

Armenia could proactively create a network of protected bike lanes, which would help adoption of little electric vehicles as well as traditional bikes.

The effectiveness of government led initiatives often comes down to approach and psychology.

Simpleminded policies that attempt to use monetary carrots or sticks on citizens often can result in backlash. However, as the bans for plastic bags in supermarkets and for single use items has shown, people are quite understanding and supportive of an initiative when they understatement the reasons and are given enough time to get used to change.

Mixing little electric vehicles on Armenia’s current small, car-filled streets might cause issues. To head off such issues, the government could lay out a public information campaign to explain the benefits of the planned transition. Most people would probably end up supporting such a move if they understand that it would have large-scale positive benefits for themselves, their neighborhood, their country, and their children’s future.

It might even create advocacy among the population that would help move such a transition forward.

HEED THE VOICE OF WILLIAM SAROYAN 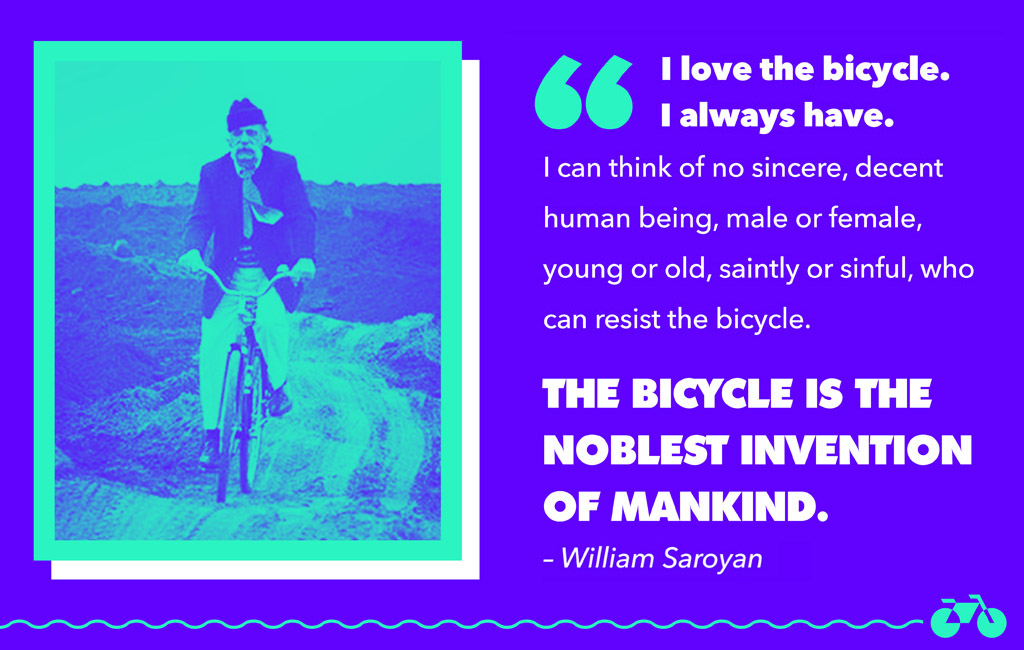 After it’s done dancing and celebrating, Armenia should definitely get electric cycling and scooting.

After all, its most famous and internationally recognized author, William Saroyan, was himself a cyclist and had the highest praise for the humble two wheeler as the “the noblest invention of mankind.”

Armenia would be wise to heed his advice while having as much fun getting around town as it did dancing on the streets, instead of continuing to be stuck in glass/metal cages.

Todd Fabacher 2019-01-25 08:30:37
I agree. Wonderful idea because Armenian cities are small. I go to Gyumri all the time and ask people why they don't ride bikes. The problem is the cold. Have you ever tried to ride a bike in Gyumri in the winter? Man, it is FREAKING COLD!!!! Plus they will need to do a better job cleaning the snow.
Talin 2018-09-01 07:51:59
Love this case study! Implementing cycling and clean public transport for those who can’t cycle are the solutions for clean cities. Armenian cities will need to implement bold policies to lower the level of deadly particles in the air. Copenhagen is a working example to follow. Pointing out the win win scenario is the way forward!