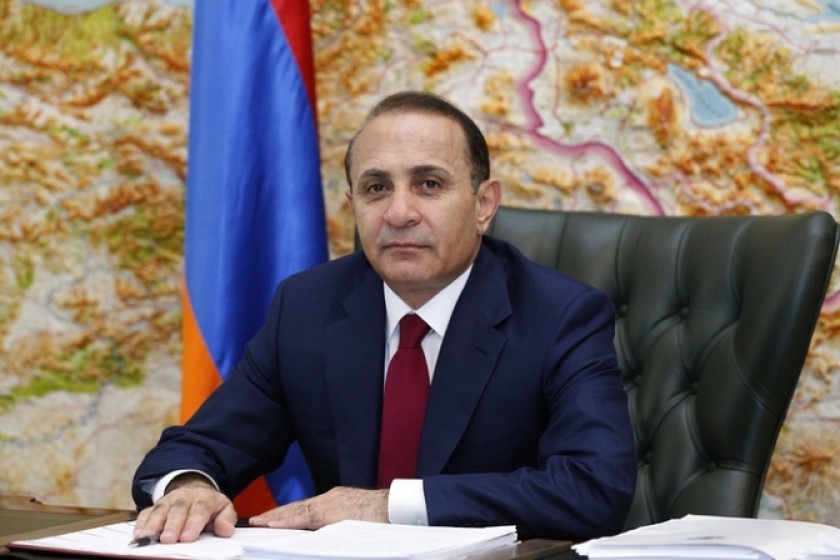 The charges, announced today by Armenia’s Investigative Committee, resulted from testimony given by the director of a mining company called Avazahatik Ltd.

The director testified that in 2008, Abrahamyan (then President of the National Assembly) and other high-ranking officials impeded the company’s operation and demanded a 60% share of the stock, threatening that the mines would be closed otherwise.

Abrahamyan, who has signed an affidavit that he will not flee the country, described the charges as ludicrous in a Facebook post.