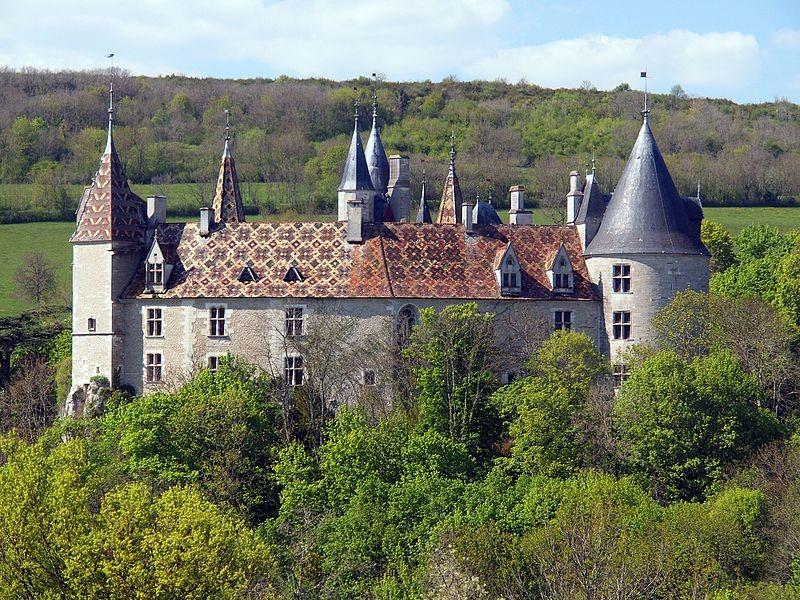 French Gendarmerie arrested earlier this month a high-profile Ukrainian fugitive who had sequestered himself in a Burgundy chateau surrounded by Salvador Dali paintings and a vintage Rolls Royce Phantom after faking his own death, Europol announced Tuesday on Twitter.

According to a Europol press release, authorities detained the suspect on October 5, seizing US$5.3 million (€4.6 million) in jewels, three Dali paintings, and the Rolls Royce – not to mention the 12th century feudal castle in which the suspect resided, identified by the Telegraph as Chateau de la Rochepot, located near Dijon in the Bourgogne-Franche-Comte region of France.

“The suspect is thought to be behind a complex case of international fraud and money laundering,” the Europol press release said.

Europol has not yet released the suspect’s name or any additional information concerning his alleged crimes but, according to the BBC, Ukrainian investigators identified him as “Malinovsky” and one Radio Free Europe/Radio Liberty reporter, Kyiv-based Christopher Miller, named the suspect on Twitter as “Dmytro Malinovskiy.”

A Facebook post by the Kyiv Prosecutor’s Office says the 36-year-old suspect is an Odessa-based businessman wanted by Ukrainian police for a 2015 fraud and forgery case involving $13.8 million in funds suspected stolen from Odesa Portside Plant, a mineral fertilizer company.

Earlier this January, the French Gendarmerie launched an investigation into “alleged suspicious transactions surrounding the purchase of a castle” for $3.4 million by a Luxembourgish company whose beneficiary was “a Ukrainian citizen suspected of corruption at a large scale in his country,” according to Europol.

Coordinated efforts between Europol and French, Ukrainian, and Luxembourgish authorities established the man was indeed wanted in Ukraine, but had managed to evade local police by forging his own death certificate.

Investigators recently determined that not only was the suspect alive and well, but he was also living in the lap of luxury, delighting in the beauty of his neo-Gothic-Burgundian castle that until recently was owned by the illustrious Carnot family, whose members include a French Revolutionary War hero, a French president, and a famous physicist known as the “father of thermodynamics.”

A drone video captured by the Australian 9News agency shows a grand, majestic estate that commands sweeping views of the French countryside. The Chateau apparently still operates as a museum, and can be rented out for weddings, birthdays, corporate events, wine tastings, and “gastronomic evenings and culinary classes,” according to its website.