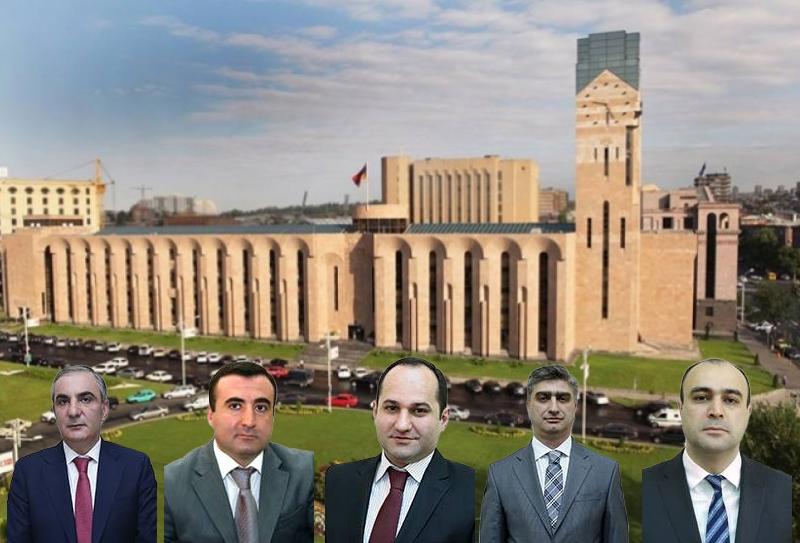 Responding to recent critiques regarding year-end bonuses received by members of his administration, Yerevan Mayor Hayk Marutyan, in a January 26 Facebook post, promised to publish the names of officials who received year-end bonuses and their amounts.

Hetq then went to work investigating who received what and came up with the following list. It shows that certain municipal department heads received bonuses ranging from AMD 1-2 million. This is in addition to receiving an additional month of wages at the end of the year. (Department heads receive a monthly salary of 346,000 drams/$711).

Armen Harutyunyan – Head of the Revenue Accounting and Taxation Department

He received a bonus of 1.9 million drams.

He received a bonus of 1.6 million drams.

Tigran Sargsyan – Head of the Development and Investment Programs Department

Grigor Harutyunyan – Acting Head of the Construction and Improvement Department

He was the only department head who received a bonus less than his monthly wage of 346,000 drams. His bonus amounted to 294,000 drams.

The other department heads received an additional month of wages (AMD 346,000) and a bonus in the same amount.