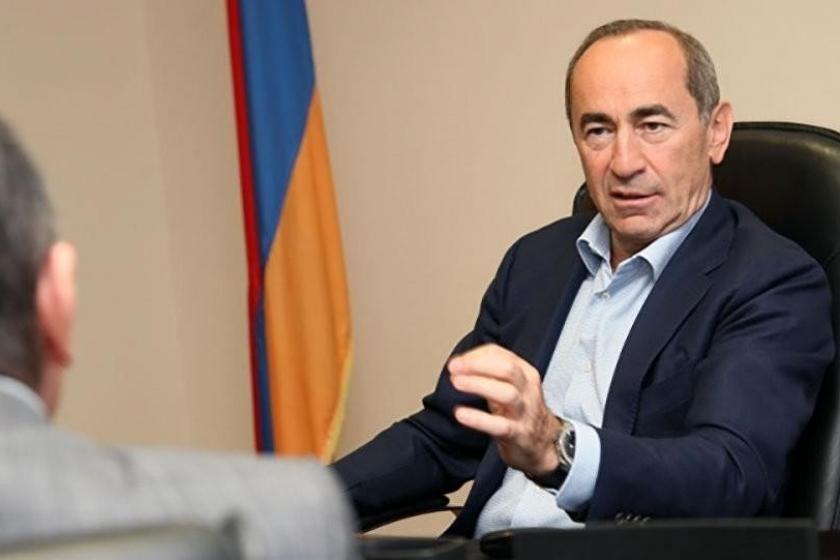 Kocharyan Testifies in Court: Says He Ordered Army Not to Interfere in March 1, 2008 Protests

This news was relayed to the press by Hayk Alumyan, Kocharyan’s lawyer, outside the Court of Appeals. The court is hearing a motion filed by Kocharyan’s defense team to release him from pre-trial detention.

According to Alumyan, Kocharyan testified that during the days before March 1, 2008, news had surfaced that outside agitators were attempting to convince some military units, especially volunteer border guards, to join the demonstrators.

“Given the situation, Robert Kocharyan instructed the Minister of Defense to safeguard the neutrality of the army. He told the minister to see to it that the army didn’t interfere in what was happening,” said Alumyan, conveying what Kocharyan had testified in court.

When asked about Command Order 0038, signed by then Armenian Minister of Defense Mikayel Harutyunyan on February 23, 2008, which described the protesters as “those who haven’t accepted the results of the presidential election and are destabilizing the country”, and which put the army on alert to “maintain the normal development of the country”, Alumyan responded that Kocharyan believes the order was appropriate at the time.

Mikayel Harutyunyan has been named as a defendant in the ongoing prosecution of former officials surrounding the riots of March 1-2, 2008.

“Kocharyan believes that there’s nothing out of place in the order,” Alumyan said, adding that not all orders signed by the defense minister are sent to the president for his approval before being implemented. The lawyer said that this has been the case during the Ter-Petrosyan, Kocharyan and Sargsyan presidencies.

Many believe that Command Order 0038 was drafted per the instructions of Kocharyan.

Alumyan said that he doesn’t believe the investigation being carried out by the Special Investigative Service (SIS) is serious about revealing the circumstances that led to the death of eight civilians and two law enforcement officers on March 1, 2008.

“I still haven’t seen any serious investigation by the SIS about the circumstances of those deaths. There were armed people on both sides; the police and the protesters and agitators,” Alumyan told reporters outside the courthouse.

Kocharyan, according to the lawyer, testified that only took two measures at the time; convening a consultative meeting on February 23, 2008 and declaring a state of emergency on March 1.

Alumyan noted that no one has yet filed a motion to question the legality of Kocharyan’s state of emergency declaration at the Constitutional Court.