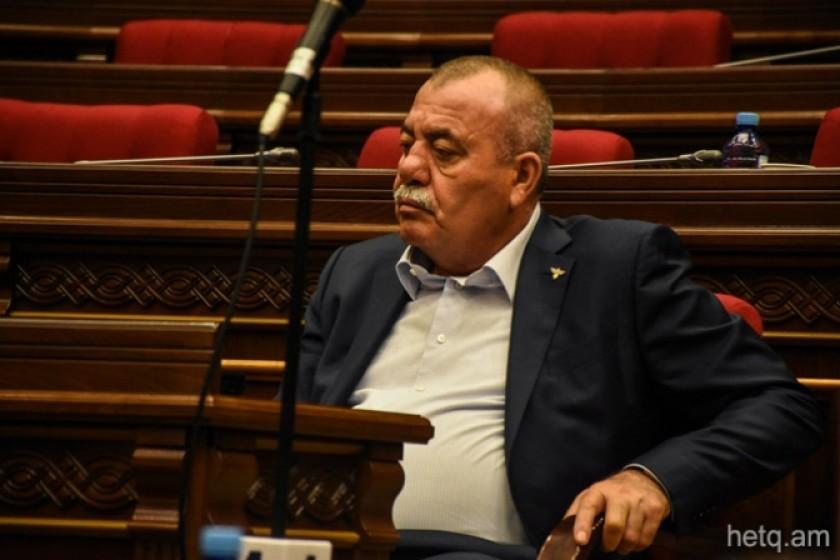 The news was announced outside the courthouse by Grigoryan’s lawyer Arsen Mkrtchyan.

Mkrtchyan told reporters that the defense would file bail motions until the court accepts one.

Grigoryan, who heads the Yerkrapah Union (an organization of army vets that promotes itself as a non-profit charity assisting vets and their families), was detained on June 19, three days after employees of the National Security Service (NSS) raided his Etchmiadzin home and a summer resort in Arshaluys, uncovering a large cache of weapons and boxes of donated medical and food supplies and clothing that were destined for Armenian troops during the April 2016 “Four Day War” on the Artsakh frontline.

On January 22, Armenia’s Court of Criminal Appeals announced its decision to re-arrest former General Manvel Grigoryan after a lower court released him on AMD 25 million bail.