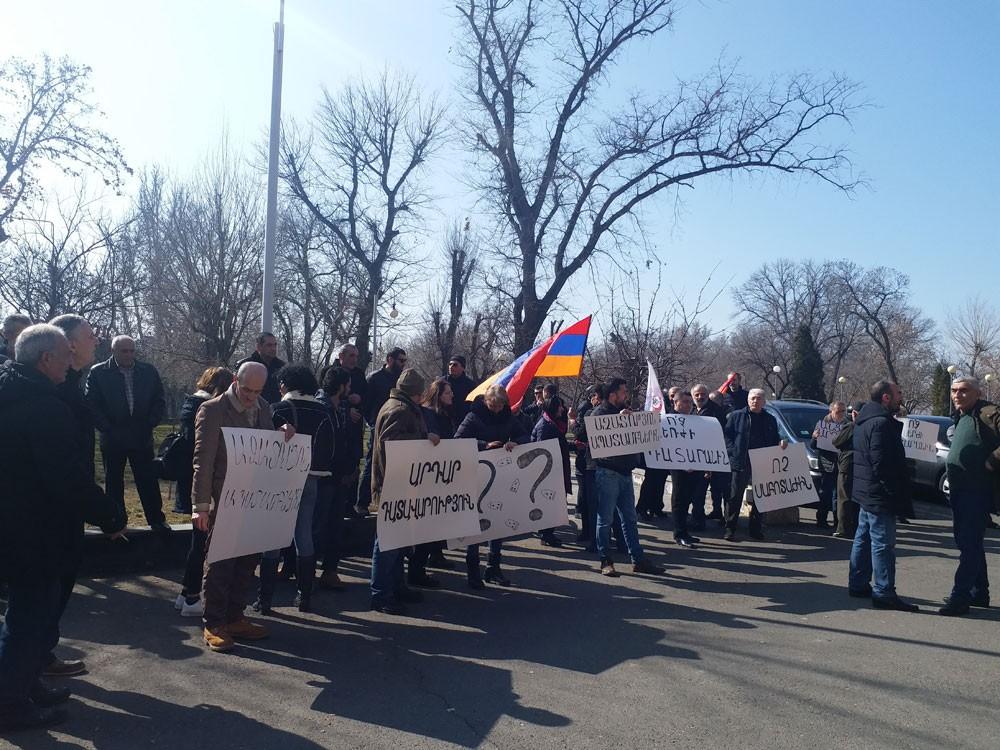 Around fifty protesters gathered outside a Yerevan courthouse today, demanding justice for member of the Sasna Tzrer armed group now on trial for seizing a Yerevan police station in the summer of 2016.

Due to several heated outbursts at the last trial session, presiding Judge Mesrop Makyan decided to hold today’s session behind closed doors, a move that has irked Sasna Tzrer supporters.

Demonstrators also want the judge to allow the public inside.

Makyan has allowed reporters inside in a show of transparency.

A boisterous exchanged erupted at the last trial session between Sasna Tzrer members and Aram Hovhannisyan, a former police officer who was injured in the 2016 incident.