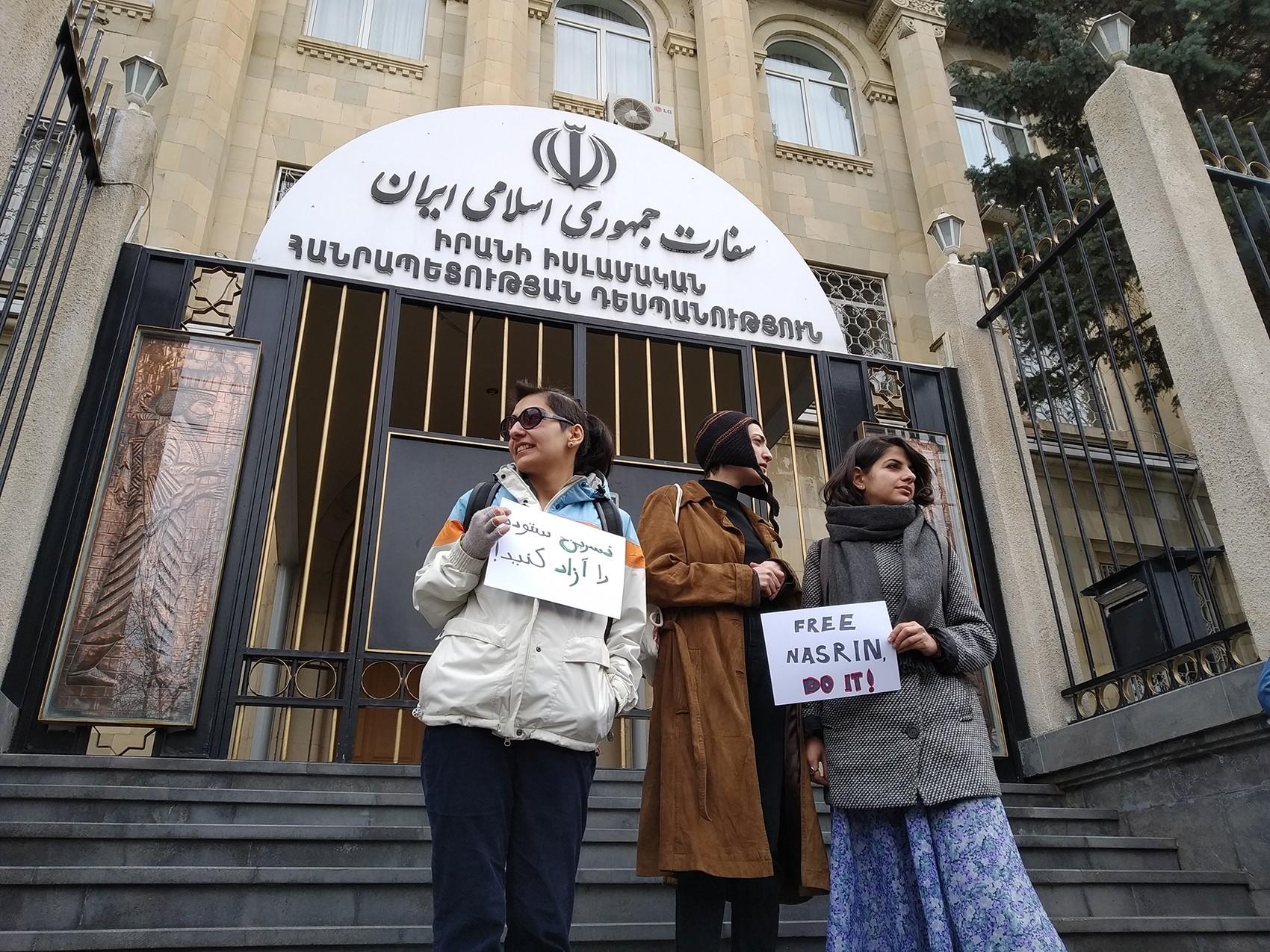 A small group demonstrated outside the Iranian Embassy in Yerevan today and called for the release of Nasrin Sotoudeh, a human rights lawyer in Iran, who, according to her husband has recently been sentenced to 38 years imprisonment and 148 lashes for a variety of alleged crimes including spying, spreading propaganda and insulting Iran’s supreme leader. Sotoudeh was arrested last June on the above charges. 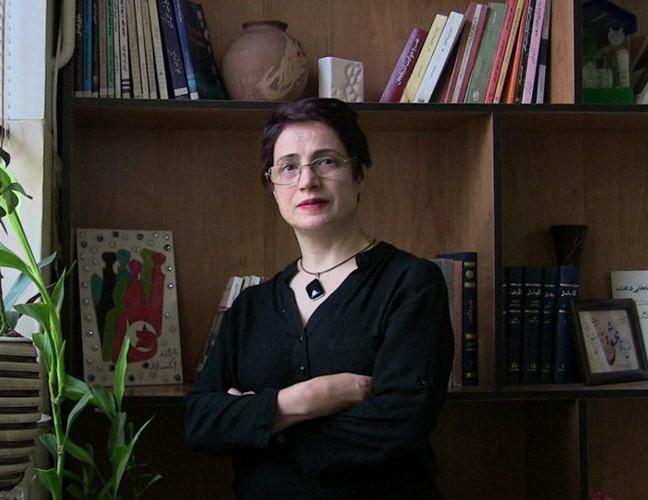 The new sentence comes on the heels of the appointment of hardline Iranian judiciary head Ebrahim Raisi. 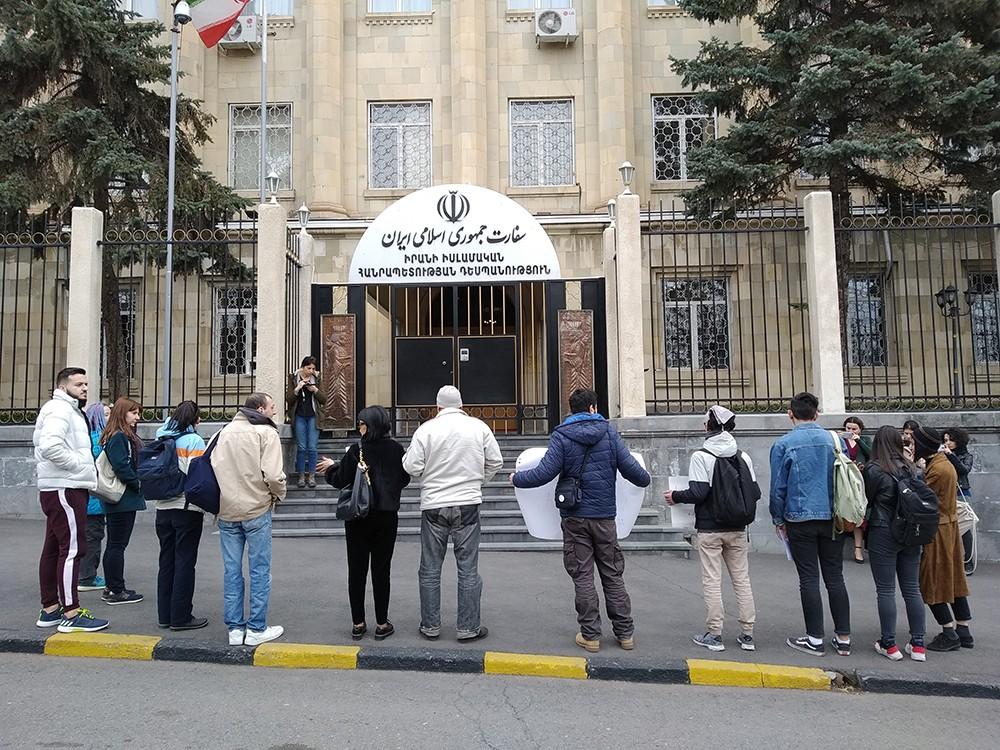 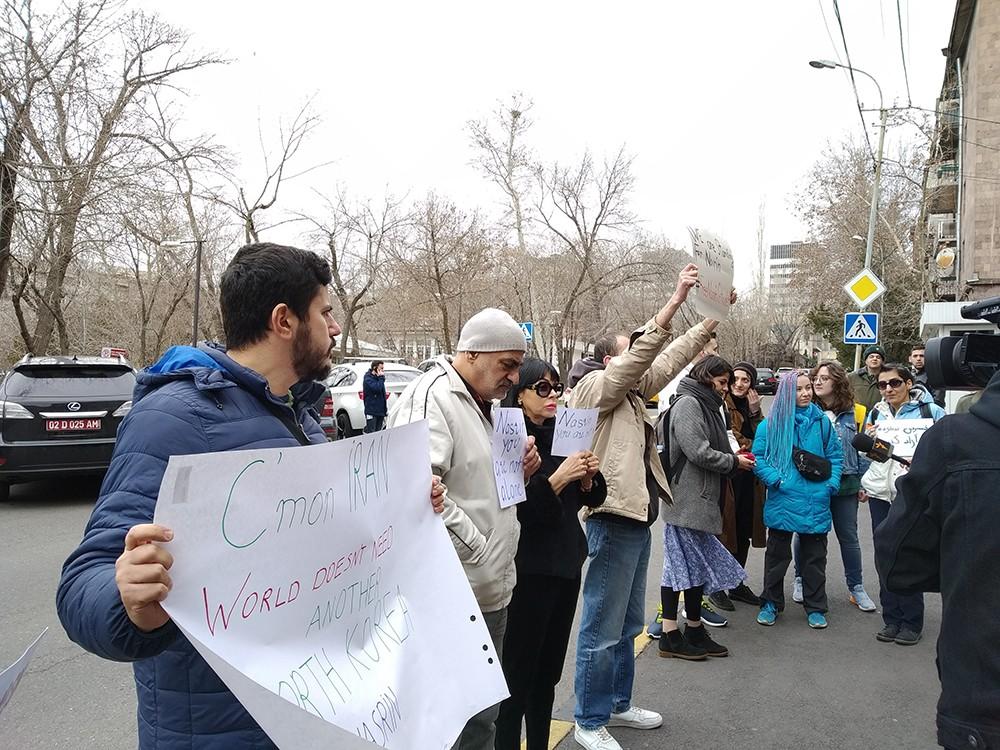 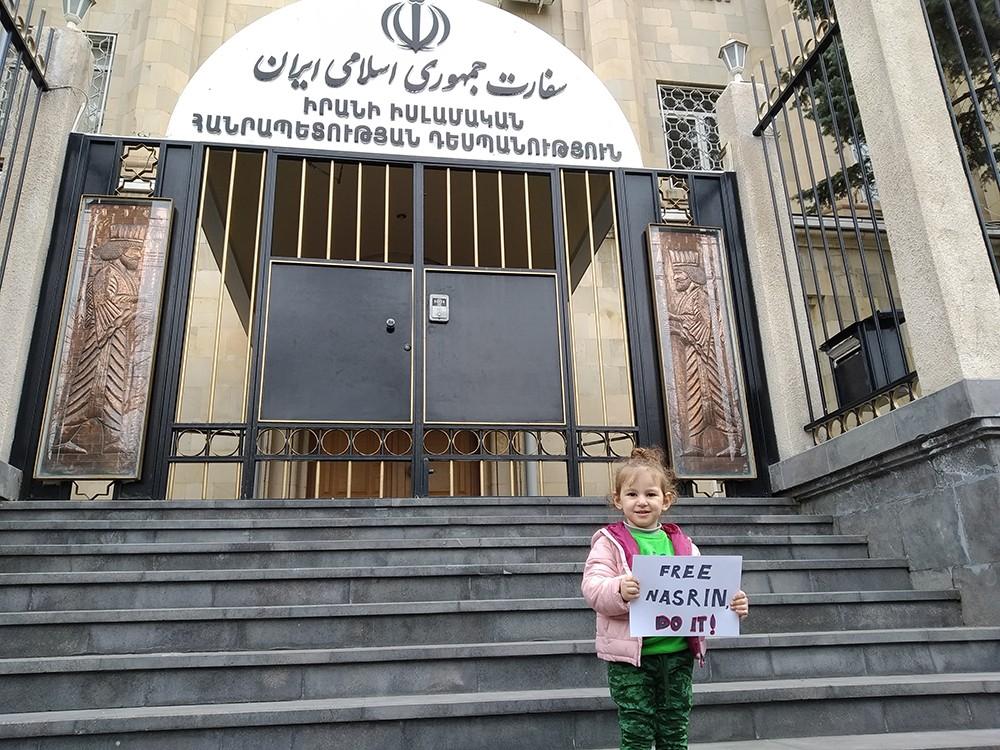 She was jailed in 2010 for spreading propaganda and conspiring to harm state security – charges she denied.

The demonstrators attempted to hand a letter to embassy officials, but no one answered the doorbell. 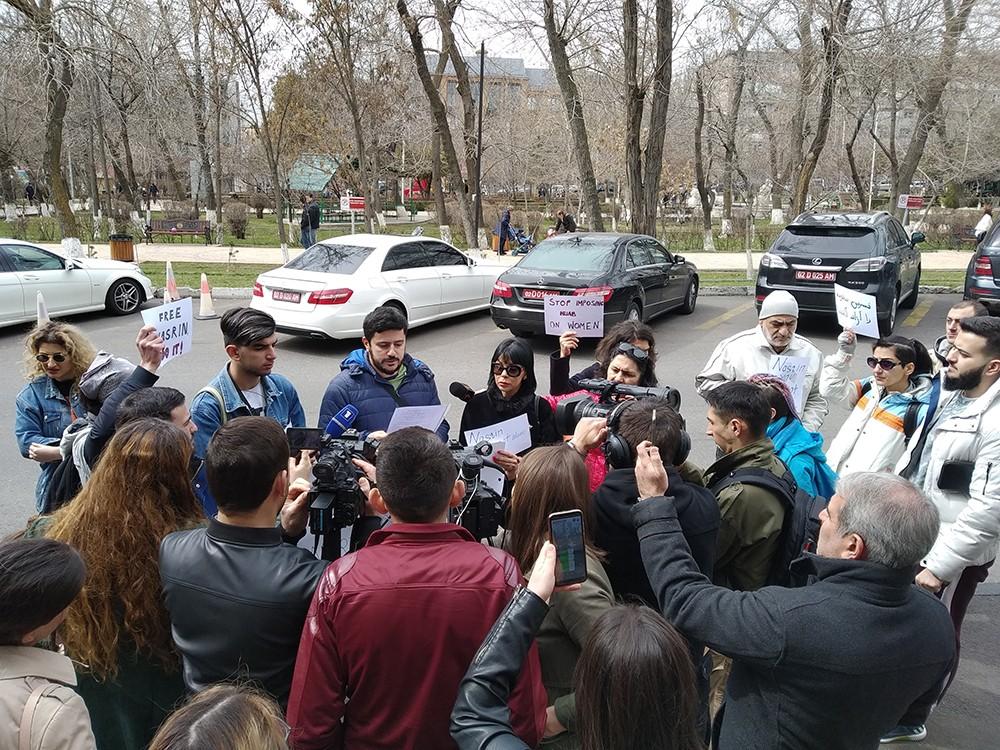 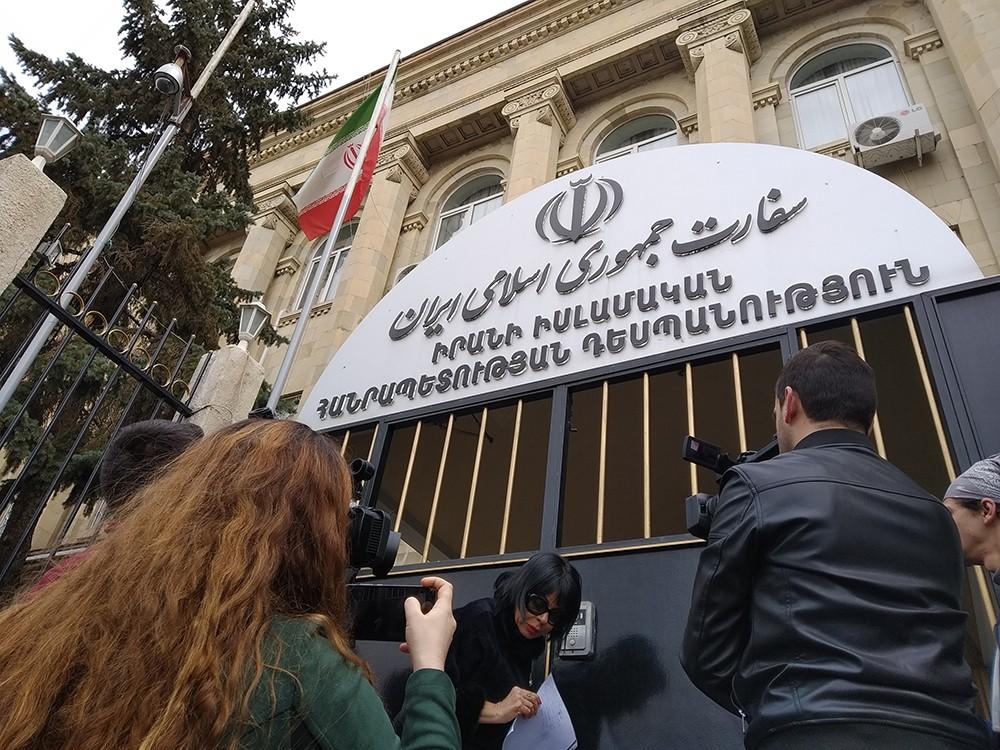 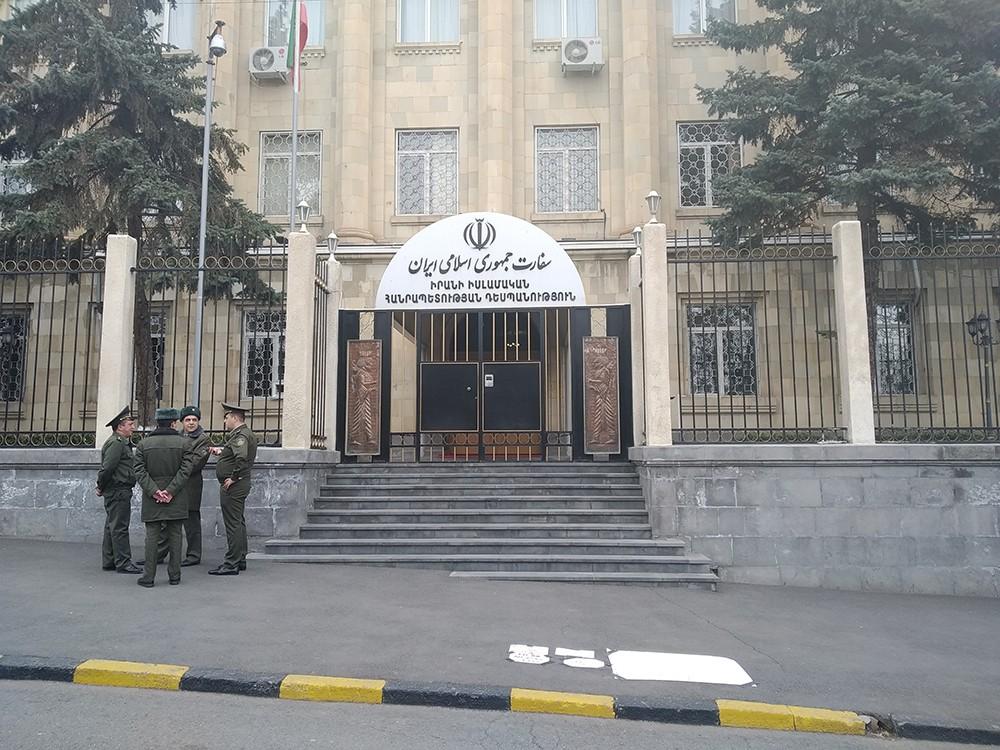 john right 2019-03-20 17:30:46
poor, poor iranian folks , opressed, persecuted ,murdered by a satanic regime ! much, much worse than under the shah.
yeprem mehranian 2019-03-20 07:56:03
I encourage you to have more coverage of Iranian News. For those among Armenia's citizens who read Hetq on line to learn more about Iran, a critically important country in the region, is essential, as is learning about the Women's Movement in Iran. Sotoudeh is an outstanding lawyer, oppositional activist, and defender of human rights. She is respected by many amongst Iranians for her unrelenting struggle for a more open and inclusive Iranian society.. This is not the first time, by the way, that Sotoudeh has gone to jail, to be the change she wants in the world. I bow my head to the values she stands for. YM