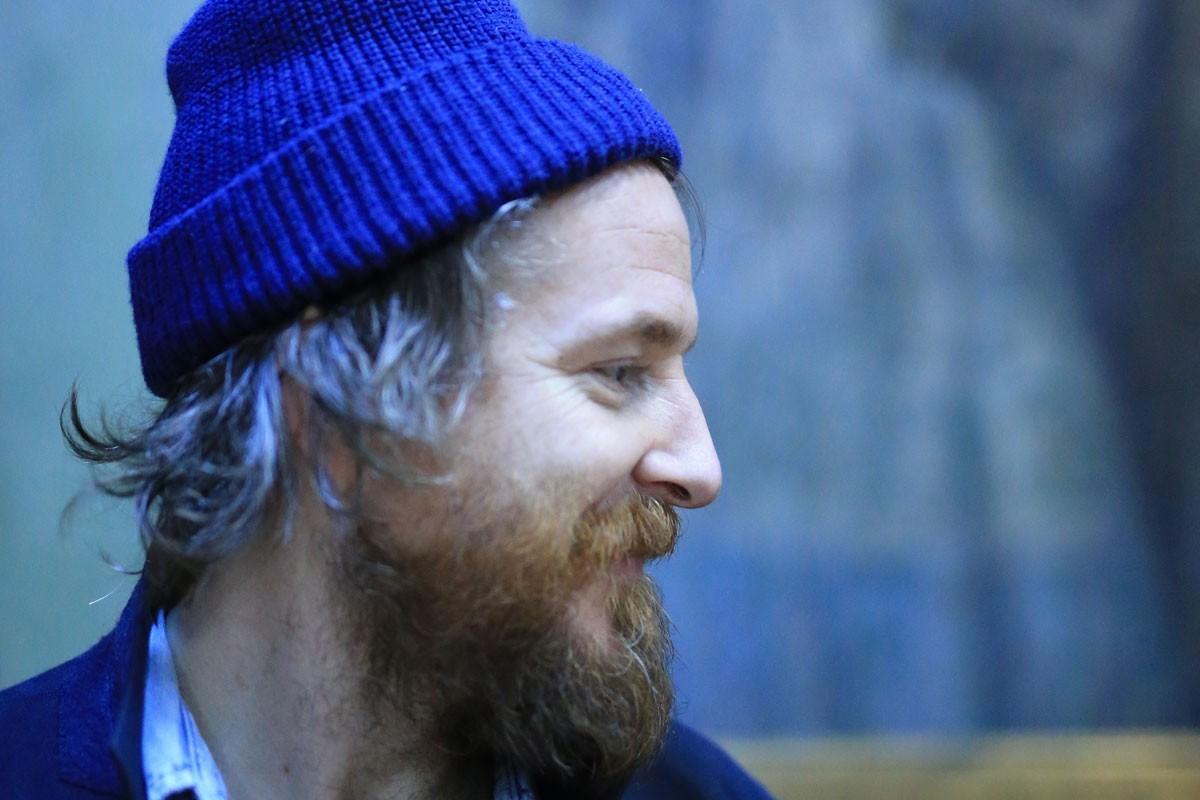 On April 6, 2019 the “Karoyan Gallery” will open his “Sentimental Analysis” multimedia installation at the National Gallery of Armenia. The curator of the project is Nazareth Karoyan.

This project is the opening event of the ARé  performing arts festival-2019.

When and why did you decide to dedicate your life to art?

I think, there was never another choice. It came at a very early age. For as long as I can remember, it was only about making the choice of the form or language I should use. To date, I have worked with video, sound, photography, drawings, sculpture and recently opera. I have chosen to carve a craft that allows me to integrate all the mediums and art forms observing the relationship of concept and narrative, which is in perpetual movement under the circumstances of the time. Nature is the main subject of my work, I see my role as a messenger participating in giving it a voice.

Do you think that the interest in art came from your family, from your ancestors?

Well, yes, of course, it has come from everything and everyone I’ve seen around, when everybody values creativity, everyone has an artist deep inside and very seldom seeing someone who hasn’t artistic passion outlet. For me also, art is not only a priority, not only passion but my life. Of course, I owe it mainly to my mother and father, whose respect and integrity for the arts are unmatched.  Although, it has come from everything and everyone – the environment.

If you think of your connections with your ancestors (having Franz Liszt and Richard Wagner among them), to which one you would click more personally, as an artist, as a citizen, etc.? …they were so much different…

Yes, they were very different but not being in the competition is maybe what allowed their friendship. Richard Wagner had this desire of total control for every single element but in the end, in this control of all elements, a lot of people were involved. Liszt was going on tour with his portable piano by himself. He needed no one to express his creativity. He was most likely closer to freedom.

Please tell me about your collaboration with the ARé  performing arts festival. How did it happen?

Marine Karoyan was kind enough to send me an email about a year ago. We started our conversation around Gesamtkunstwerk (Total artwork) which was the theme of ARé ‘s conference last Autumn. Working with Marine on the 2019 edition of the festival - a path to extend the conversation exploring the progress of Total Artwork in the contemporary art realm outside of theater arena, felt like a natural progression.

I acquainted myself with the festival’s early editions. How the festival looks at the genesis of contemporary art in Armenia sparked my curiosity.  The festival is part of the Institute for Contemporary Art, Yerevan, and the suggestion was to implement my project inside the Karoyan Gallery working with Nazareth Karoyan himself as the curator (Nazareth being the first private gallery owner in Armenia and later a part of Venice Biennale).

Today our project moved from a virtual exchange to a site-specific installation at The National Gallery of Armenia.

What kind of project are you going to implement in the frame of ARé -2019, by the way, edition “FAILURE”?

Sentimental Analysis is the name of my exhibition at the National Gallery of Armenia. It is a response to the legend of Ara the Beautiful & Semiramis.  My analysis will extend to the unseen content of some of the related artworks contributing to this legend, enlightening a few semantic coincidences.

The installation is decomposed into several mediums including Free works (free hanging photographs on canvas mounted by wood hangers), Intermission (an animation installation with four - channel sound), video, copper and wax modular sculptures, drawings and helio-engravings. The majority of the work has been produced in Yerevan.

And what is the exact point of inspiration for this site-specific project? 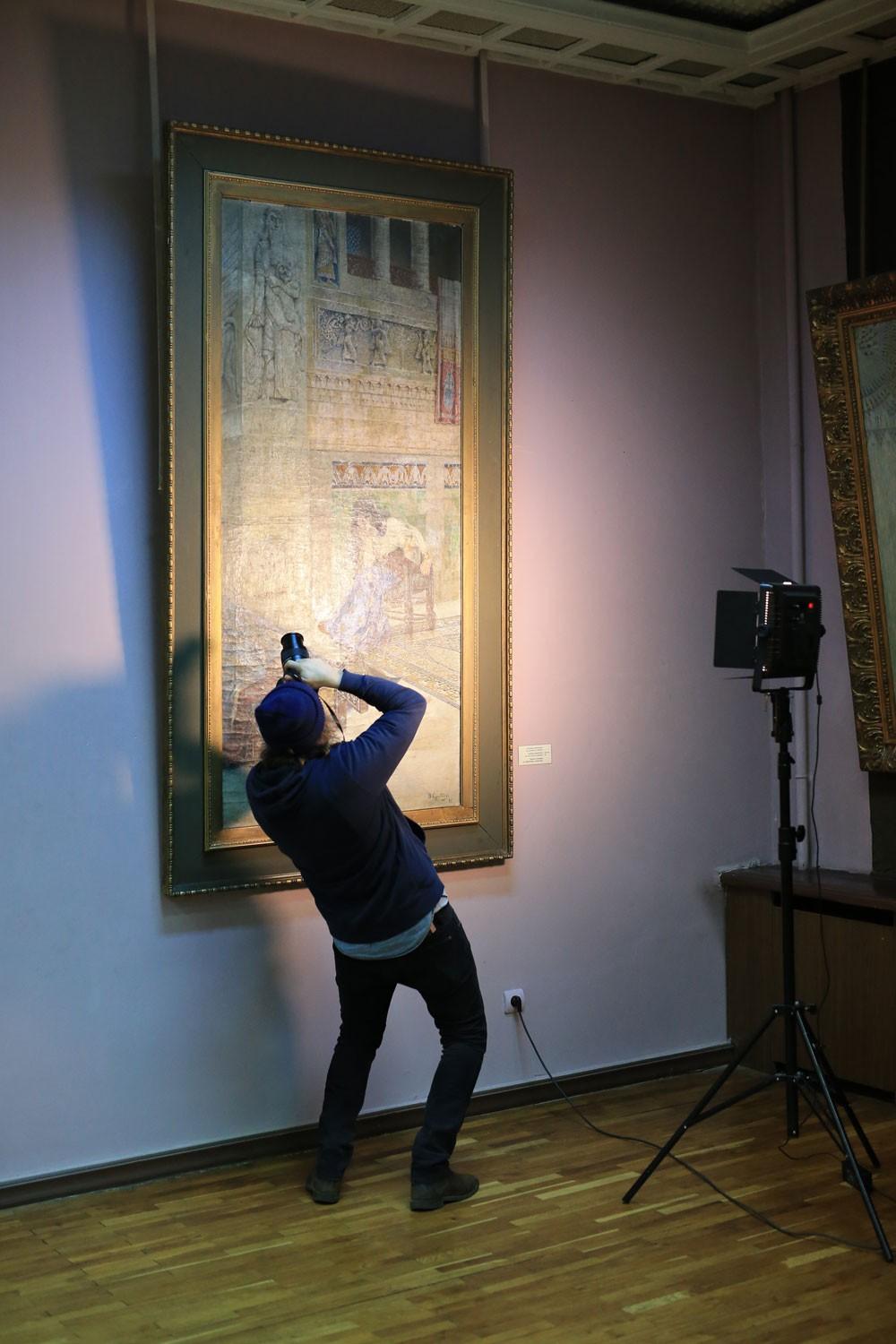 The painting of Ara The Beautiful from the National Gallery’s permanent collection (painted in 1899 by Vardges Sureniants (1860 – 1921) (an Armenian painter, sculptor, illustrator, translator, art critic, and theatre artist. He is considered to be the founder of Armenian historical painting –M.K.).

What particularly interests me is the tridimensional interaction of three time periods: legendary, 1899 (pre-digitalization) and how I could represent it in the present through my installation. The Free works are high definition details of the painting of Ara the Beautiful (1899). These works are a microscopic reading of the textures of the paint and pigment, the ancient legend seen through the lens of time. The encounter of the present time technology (a high definition digital 2019 sensor and 120 mm lens) and the painting of Ara the beautiful from 1899 re-translates the emotion of the legend. The cyclical aspect of time is brought forward. Sentimental Analysis is a short visual poem, a Haiku if you wish.

What role does the selected location play in forming the concept of the artwork itself?

Let’s start with ARé and the things we spoke about previously – the etymology of AR (being the main root for the majority of words in Armenian) and é  part standing for the verb to be. With this in mind, I visualize the festival as roots, sinking deep and wide. I connected immediately with this sublime root. Secondly, it is inspiring to be surrounded by so many great artists from the National Gallery’s collection and of course the encounter with Marine and Nazareth. The architecture, staircase, elevators of this monumental institution also participate in sharing the emotion sought after. The scaling of the work process was important: working at first from far away via the internet, then getting even closer to the works than the human eye ever can via the 120mm macro lens, discovering the anthropomorphic shapes of the pigments of the paint.  Now it’s time to allow some distance again, in a different direction. The exercise feels like landing on the moon and leaving on a new route returning with new timeless facts.

How do you see this project in your oeuvre?

Emotion and sentiment are communication, which remains the sole purpose of art. Ara inspires a character for an opera- film project I am working on. The modular copper and wax sculptures are an experiment with time and light.

All of these things are, actually, very inspiring. What is there about failing really?

First, I look at failure within the myth: how can a sincere and loyal hero, such as Ara, encounter failure despite all his virtues? Can one capture the beauty or is its freedom and movement what defines it? Perfection brings destruction, in Ovid’s words.

Then I question failure in the present: Sentiment Analysis, or opinion-mining, is a modern method used to understand the reception of a particular message. Its key purpose is to analyze a body of data to understand typical human moods, emotions, and feelings expressed by it. Emotions are no longer a preserved domain for intimacy and the arts. What can we do? We have failed.