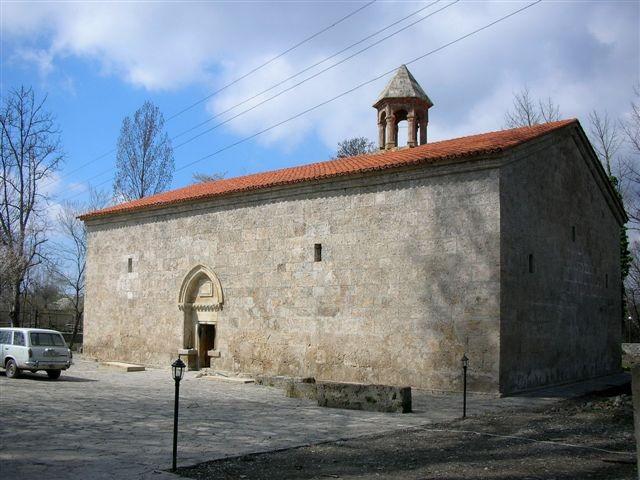 Triumph of Tolerance or Vandalism?

The recent opening of a newly restored Christian church for the Udi (Uti) minority in Muslim Azerbaijan's village of Nij (Nizh) was praised as "triumph of Azerbaijan's tolerance." These were the words of Salman Musayev, the deputy chairman of the Caucasian Muslims Department.

Musayev was quoted in a recent BakuTODAY.net article that broke a one-year silence regarding what the Norwegian Embassy in Baku had officially denounced as an "act of vandalism." The Norwegian Humanitarian Enterprise (NHE), the sponsor of the church's reconstruction in Nij, joined the Norwegian Embassy in a February 11, 2005 press release informing the public about the destruction of three Armenian inscriptions on the church walls during the restoration. The Armenian letters on nearby tombstones were also polished out, while the decorations, hand-carved by Armenians, were left untouched, Norway's Ambassador to Azerbaijan Steinar Gil told Hetq.

"To the best of our knowledge, the act of vandalism has not been investigated and nobody has been brought to account for it," Ambassador Gil elaborated. A representative of Nij's Christian community had promised the Norwegian Ambassador that the Armenian inscriptions would remain untouched during the reconstruction. The 2005 Norwegian press release reported that the Azerbaijani authorities had assured them that they would investigate the incident, but no action was taken.

Even though they did not take responsibility for the vandalism, the Udi-Albanian Church Committee apologized for the removal of the Armenian inscriptions in order to continue the restoration of the church after a half-year delay, Alf Henry Rasmussen, the NHE's director, informed Hetq. But the apology was a letter never made available to the public. The Udi community neither publicly condemned nor apologized for the destruction of the church's Armenian identity. 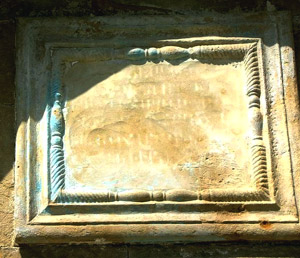 Rasmussen argues that the vandalism was directed more toward the Udi culture than the Armenian. "All writings were in the old Armenian language. But it is most of all Udi history that is taken away." Nevertheless, Agence France Press reported on February 17, 2005, that a local Udi leader " alleged that the Armenian inscriptions, which stated that the Church was built in 1823, were fakes put there by Armenians in the 1920s so that they could make historical claims to it."

Other examples of recent bigotry toward Armenian identity in Azerbaijan include the December 2005 destruction of hundreds of medieval Armenian khachkars (cross-stones) in Old Julfa (Hin Jougha) and the early 2006 decision to convert Baku's empty Armenian church into a library. Armenia and Azerbaijan fought a war in the early 1990s over Nagorno Karabakh and the conflict is not over yet.

Despite Rasmussen's claim that the renovated church relates more to Udi than Armenian history, he says their organization contacted the Armenian Church headquarters through the Norwegian Church to report that they wanted to restore the church so that the Udi Christians had a place to worship. " The answer was that nobody [from the Armenian Church headquarters] was against the Udis' using the church," Rasmussen says.

The Russian Orthodox Church was not apparently against the Udis' having a church either. Even though the vandalism had been publicized, Archbishop Alexander of Baku participated in the recent opening ceremony and was joined by a Roman Catholic Church representative, Azeri-Press Information Agency reported. None of the invited foreign embassies attended.

In contrast to the Norwegian Humanitarian Enterprise, the Norwegian Embassy did not participate in the opening of the church. "It is a question of principle," said Ambassador Gil. "Any kind of act of destruction toward any kind of historical monument of any religion, nation or people should be condemned. We remember the Buddha statues. In the case of Nij, the destruction also amounts to desecration of graves." Rasmussen, in turn, has not forgotten the erased 200-year-old Armenian inscriptions. He hopes that the injustice will be corrected one day. " Luckily enough there are good pictures of all these writings. They are well documented. And it is my hope that when years have passed and the tensions between the two countries [Armenia and Azerbaijan] have eased, it will be possible to reinstall the original writings. "