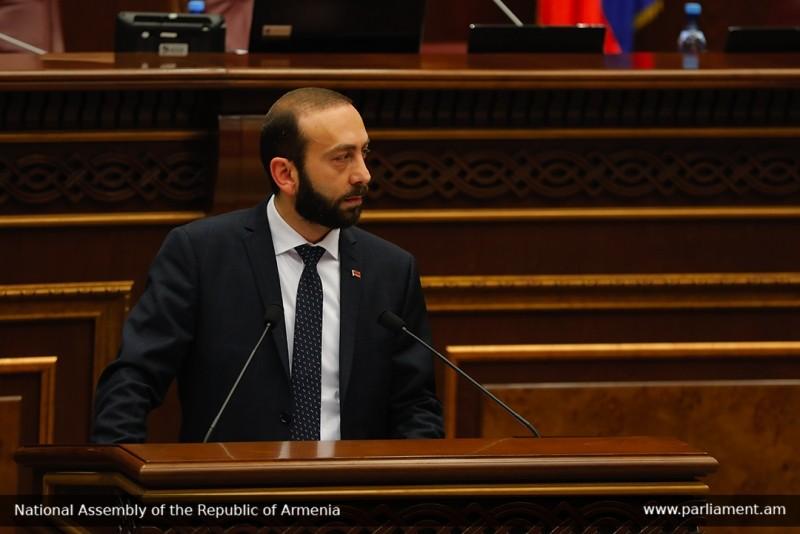 Armenian National Assembly Speaker Ararat Mirzoyan will be in Saint Petersburg on April 18-20 to take part in the Interparliamentary Assembly of Member Nations of the Commonwealth of Independent States (IPA CIS) Council and the IPA CIS 49th Plenary sittings and the sittings of the Permanent Commissions on Political Issues and International Cooperation, on Defence and Security Issues and on Legal Issues, as well as the in the Forum on the Problems of Countering International Terrorism.

During the visit, Mirzoyan will have meetings with his colleagues and the representatives of the Armenian community, this according to an Armenian government press release.

The Interparliamentary Assembly of Member Nations of the Commonwealth of Independent States (IPA CIS) is a parliamentary assembly for delegations from the national parliaments of the member countries of the CIS.