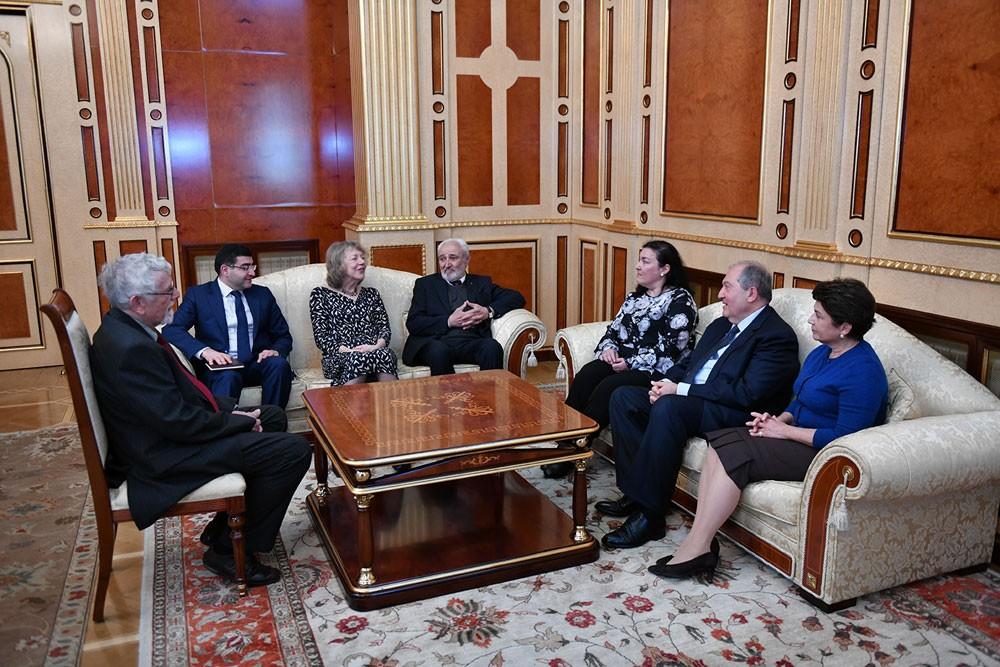 Also attending the meeting was poet Razmik Davoyan whose work Requiem was published in 2017 by Arc Publications.

Ward and Jarman, according to an Armenian government press release, noted that the publication of Davoyan’s translated poem is a significant step in the promotion of Armenian history, including the 1915 Genocide, to the wider world.

Arc Publications, an independent publishing house in England, specializes in the work of international poets writing in English and the work of overseas poets in translation.

Taline Voskeritchian 2019-04-18 06:56:41
Which "Armenian literature," that of Armenia or the diaspora? If the latter is to be included in this sprawling definition, then who will decide which writers and what works, diaspora scholars and translators or their counterparts in Armenia? And for what purpose? "Promotion of Armenian history, including the Genocide" is a sure way to instrumentalize literature and, most probably, result is some shaky editorial criteria.