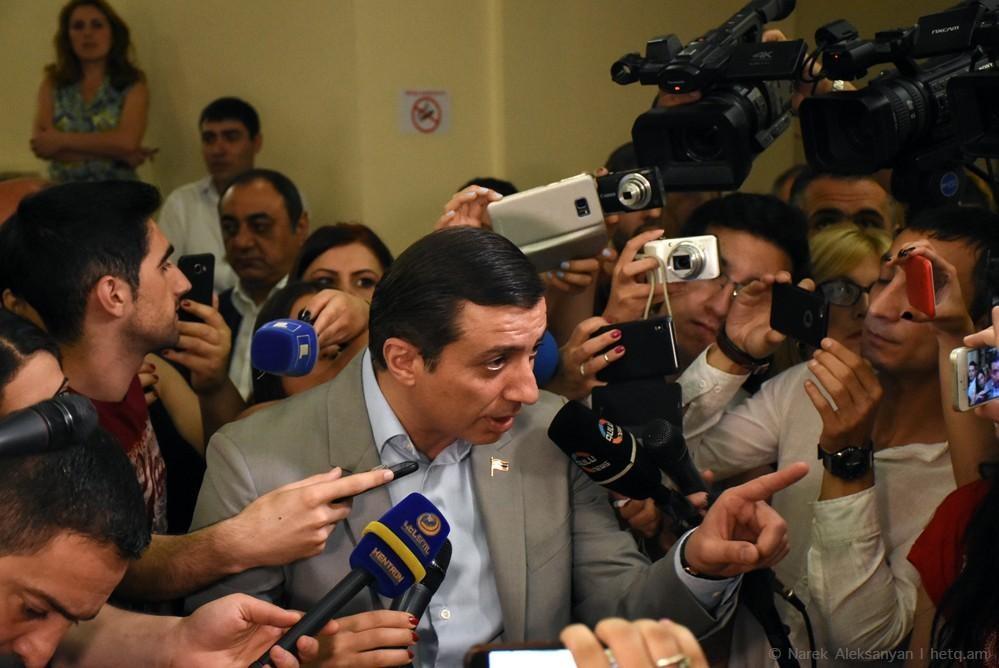 The office of Mihran Poghosyan, a former Chief Compulsory Enforcement Officer (CCEO) of Armenia recently charged with embezzlement and abuse of official authority, has released a statement claiming that armed members of the National Security Service forced their way into Poghosyan’s home today and conducted a search.

The statement describes what happened as “politically motivated and repressive”.

Yerevan’s Court of General Jurisdiction has approved a motion filed by Armenia’s Special Investigative Service (SIS)  to issue an arrest warrant for Poghosyan, who is believed to be in Moscow.