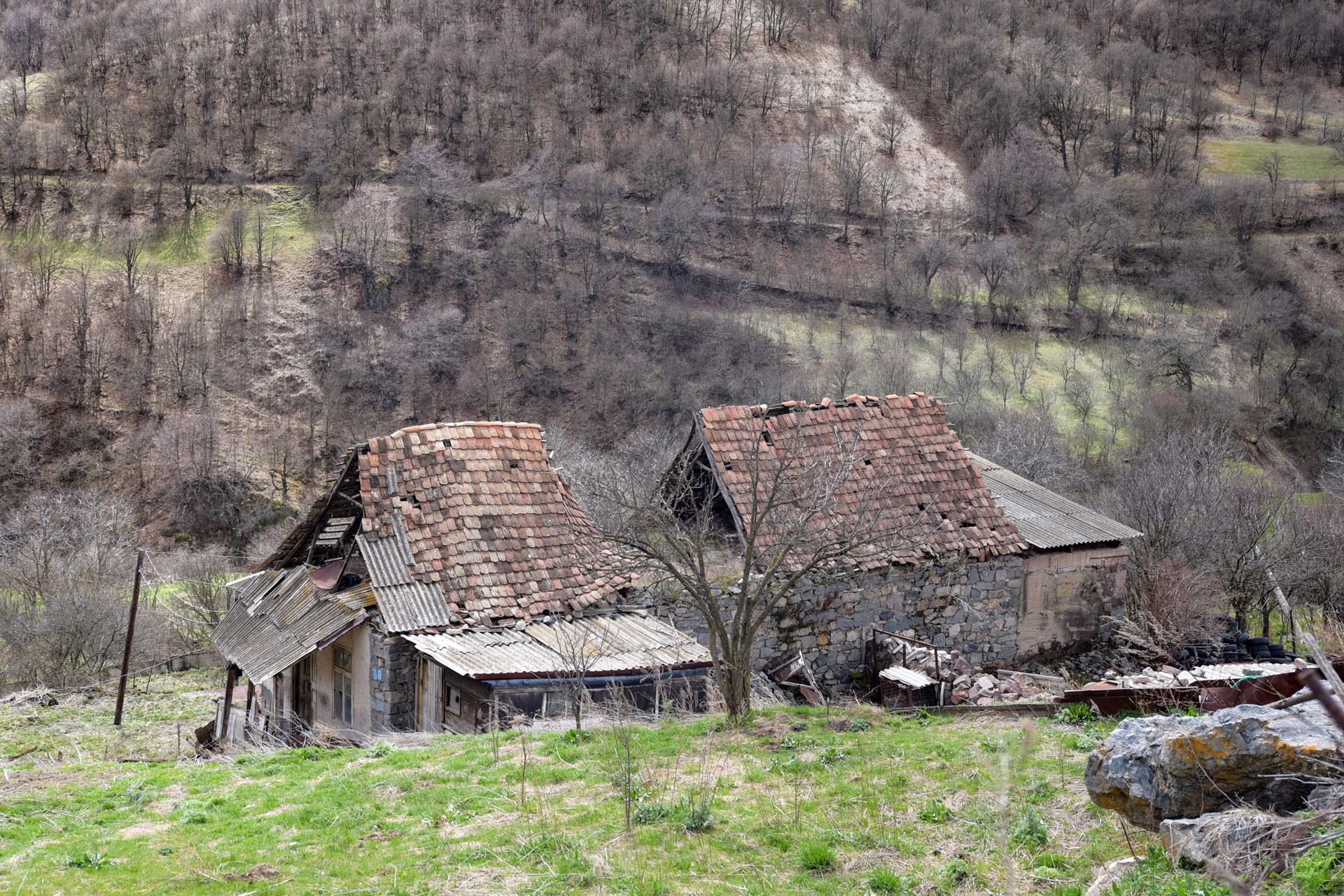 Karaberd, a village in Armenia’s Lori Province is slowing becoming a ghost town.

It was a fairly thriving community until the 1970s, when the government decided to relocate residents to Vanadzor, which was being developed as an industrial hub.

Karaberd is only 15 km away from Vanadzor, the capital of the province, but the last five kilometers of road leading to the village transport the visitor to a place cut off from the wider world. 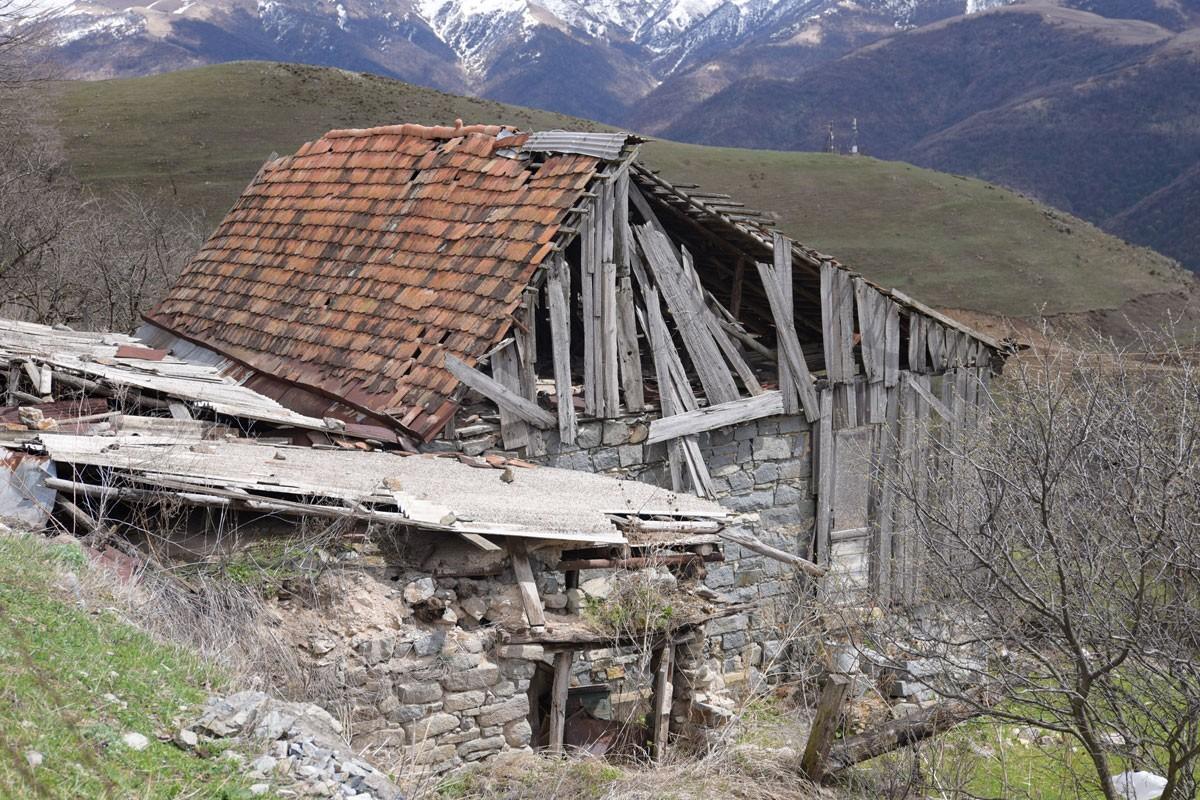 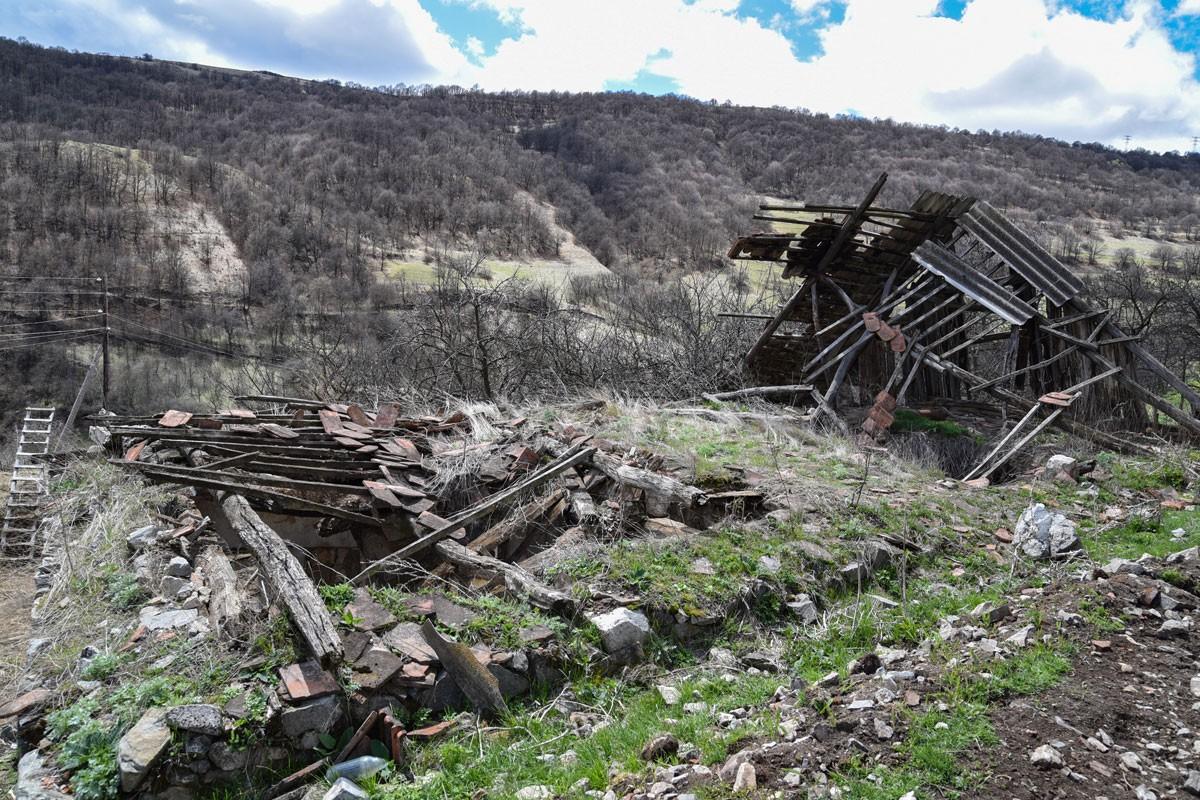 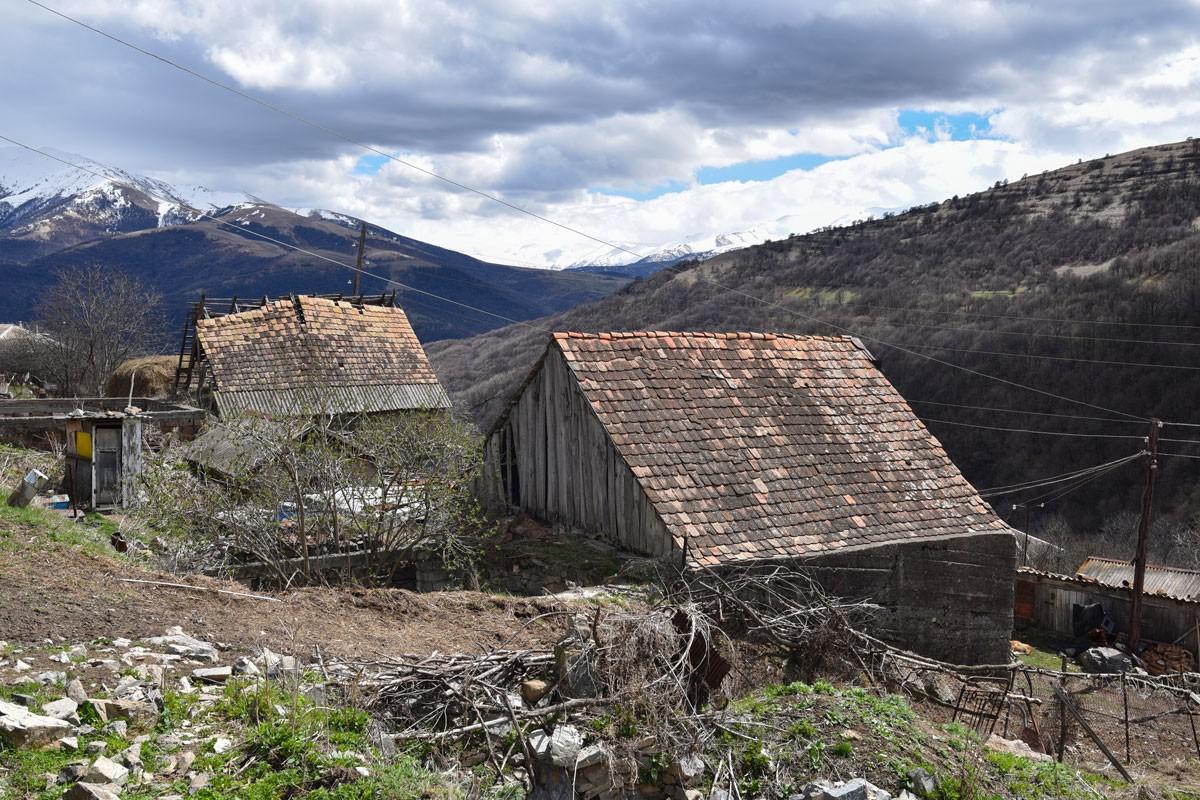 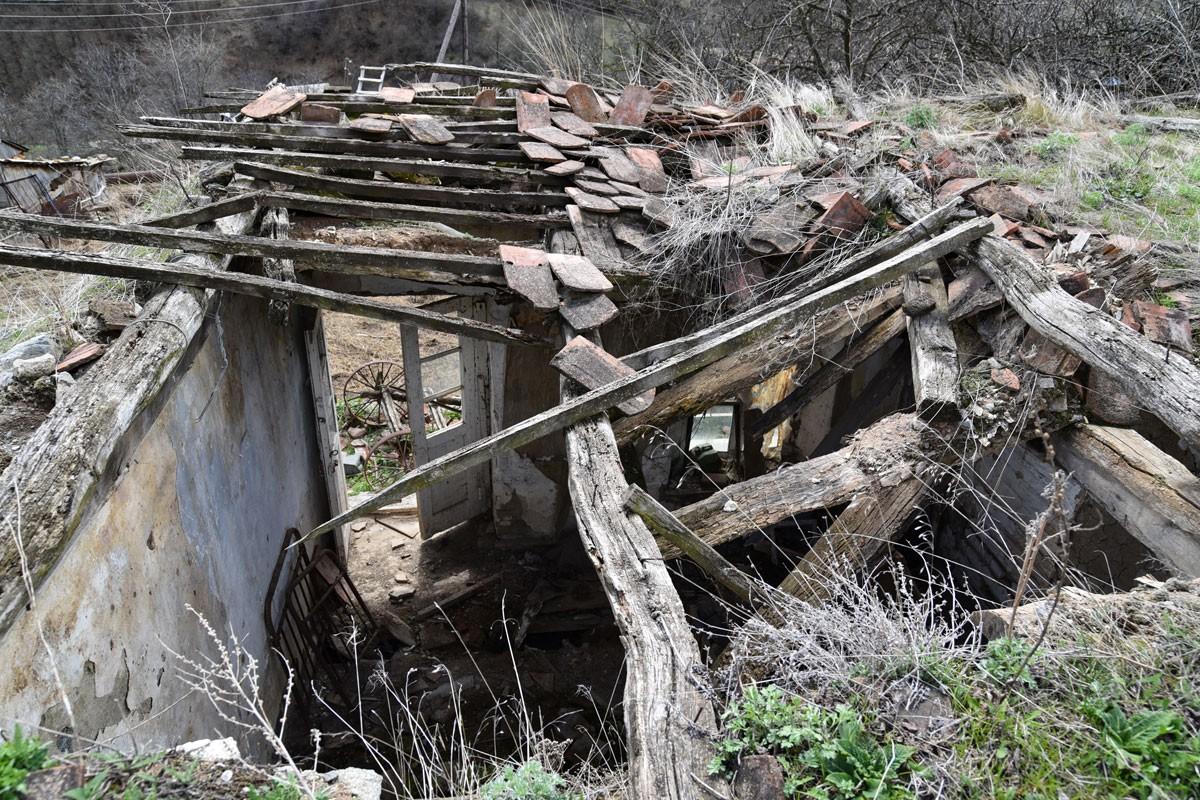 The houses are ruined, and their doors locked.

We see no one about to ask for directions to the village municipality.

There’s an Armenian flag on one of the buildings and we head for it. It turns out to be the municipal building. There’s only a couple of chairs and tables inside. We run into the first human beings we spot in the village.

79-year-old Sirush is talking to a neighbor. She says there are around 15 families living in the village now, mostly the elderly.

The few young families who reside here travel back and forth to Vanadzor since there is no school or kindergarten or shop in the village. A taxi driver supplies residents who can’t make it to Vanadzor with the basic necessities.

Village Mayor Yurik Shavelyan says that when a villager dies the house is locked permanently. This doesn’t bode well for the village given the preponderance of senior citizens.

Karaberd residents have a hard time tracking down the mayor, who spends most of his time in Vanadzor, at the provincial administration office.

The story of Karaberd is multi-layered.

In 1720, several families from Artsakh's Shushi city founded the village. 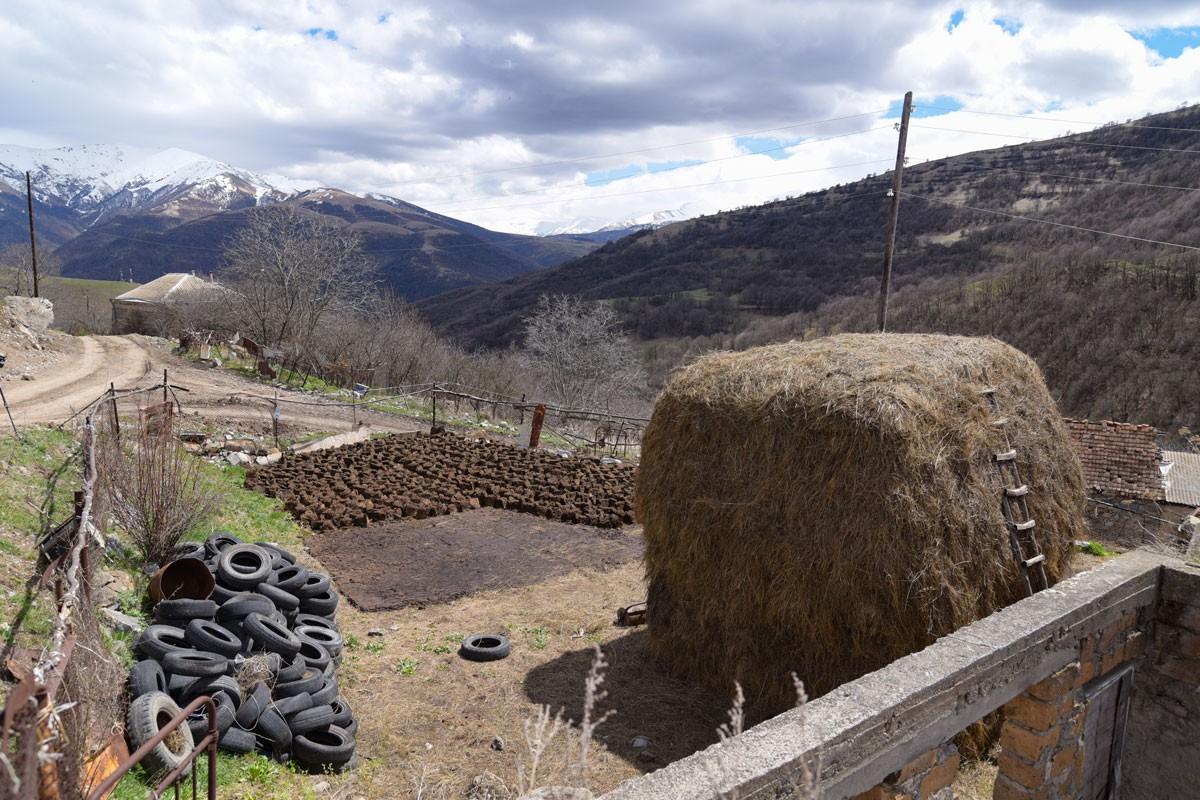 Karaberd was considered a rich village in Soviet times, with a large number of cattle and bee farms.

However, the Soviet authorities decided to relocate the residents, first to Zhdanov and then to Vanadzor. The government at the time wanted to promote the development of industrial Vanadzor and avoid building a cultural house and school and infrastructure in the village.

The authorities even allocated a building in Vanadzor for the villagers and 27 households got an apartment there.  Most returned to the village afterwards.

The authorities attempted to evict the residents even with the help of police, but failed. After the collapse of the Soviet regime, there was a government decision to restore abandoned villages of independent Armenia.

Yurik Shavelyan took up this task in Karaberd and got the villagers together to rebuild the village.

Shavelyan recalls the large number of people coming to the village. They started building the village from scratch. He was soon elected the mayor.

People started leaving Karaberd in the early 2000s, mostly due to a scarcity of irrigation water and the risks associated with farming.

Young families have to move given the lack of a kindergarten or an elementary school. "There are 120 households in the neighboring village of Pambak. They have less cattle than we do,” boasts Shavelyan.

Shavelyan also took out a loan and started cattle breeding and bee keeping.

Beekeeping is quite popular in the village despite the challenges.

Bekor LLC operates a quarry in the area, which emits a lot of dust and hampers  beekeeping and cattle breeding.

The dust settles on the grass and the animals refuse to eat it. The dust also damages the bees’ delicate wings. The fact that most of the beehives are located on the quarry road make matters worse.

The administrative territory of Karaberd is large, with the village located in between the mountains.

The road connecting the two parts of the village is almost impassable, so in order to go to the second part of the village, it is necessary to get back to the Vanadzor-Alaverdi highway and then take another gravel road in worse condition. One young resident has drafted a tourism development project for the village and plans to open a guesthouse.

Residents are very proud of  Karaberd’s natural beauty, which is considered an untapped potential for the village.

Shavelyan hopes that the new government's policy will also help the village’s revival.

"If this doesn’t happen, all our hope will be lost," he says.