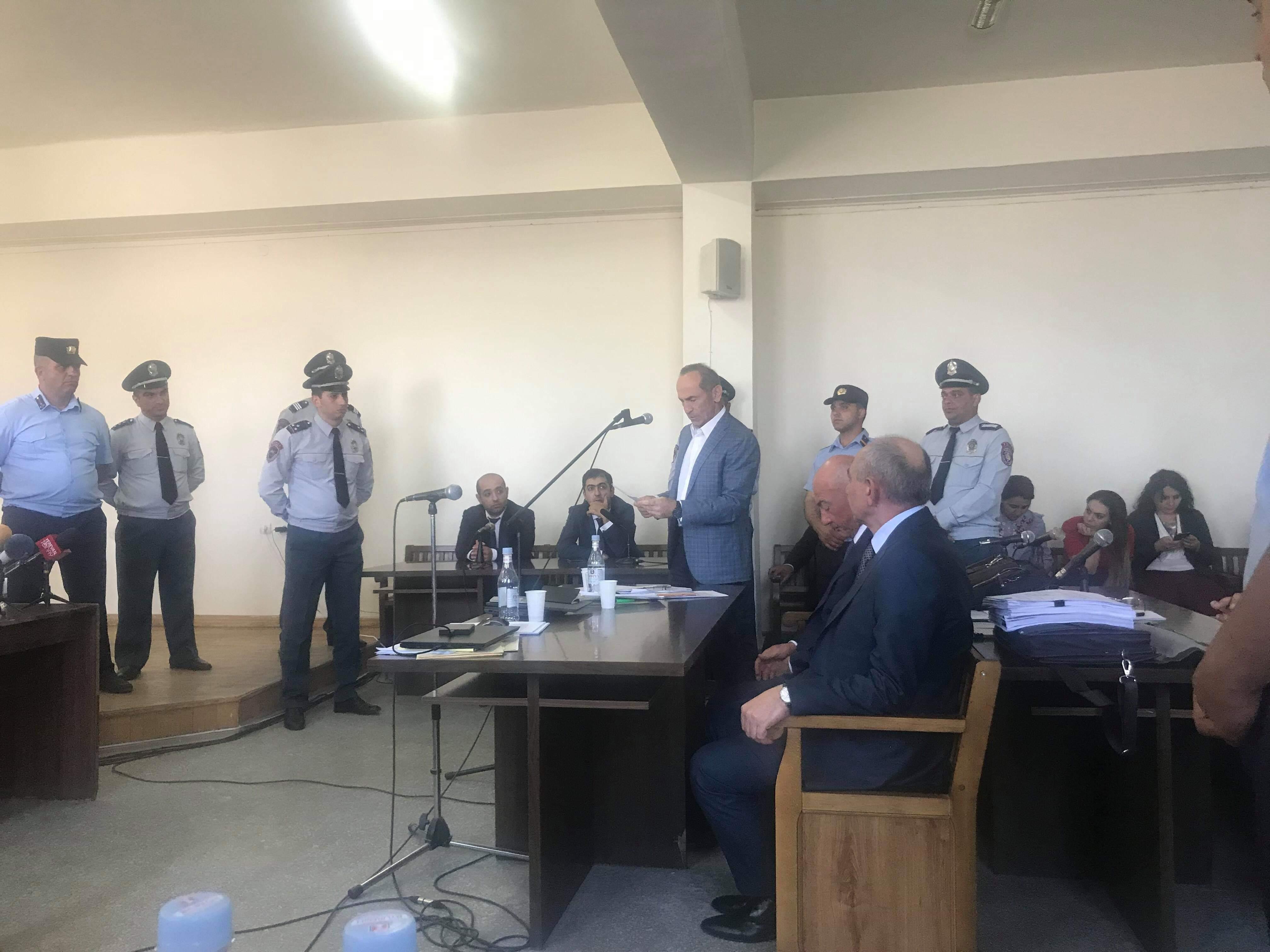 Artsakh President Bako Sahakyan and former Artsakh President Arkadi Ghukasyan came to the court to give their personal guarantees, and a 500,000-dram payment each, that Kocharyan would behave properly if released.