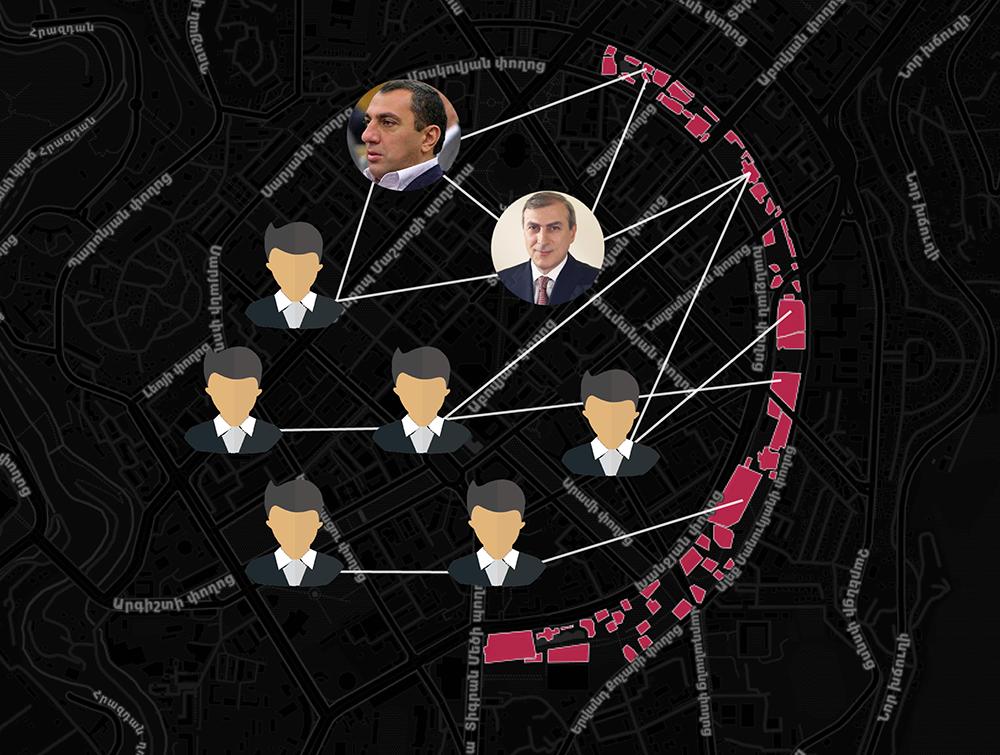 Yerevan’s Circular Park was envisaged as a green space, some 2,500 meters long and averaging 120 meters wide, to provide residents with a respite from the noise and fumes resulting from a fast-developing urban landscape in the Armenian capital.

Little of the green remains today. Cafés, amusement parks and other assorted commercial establishments have been built on the land over the years.

The contracts show former officials using their leverage to obtain different parts of the park to make profit.

This is the first article on this topic, describing the destiny of the park’s first section between Mashtots Avenue and Teryan Street. The land is leased to the Nushikyan Association LLC, Red Sails LLC, Kamea LLC, and Nzhdeh Geghagulyan. 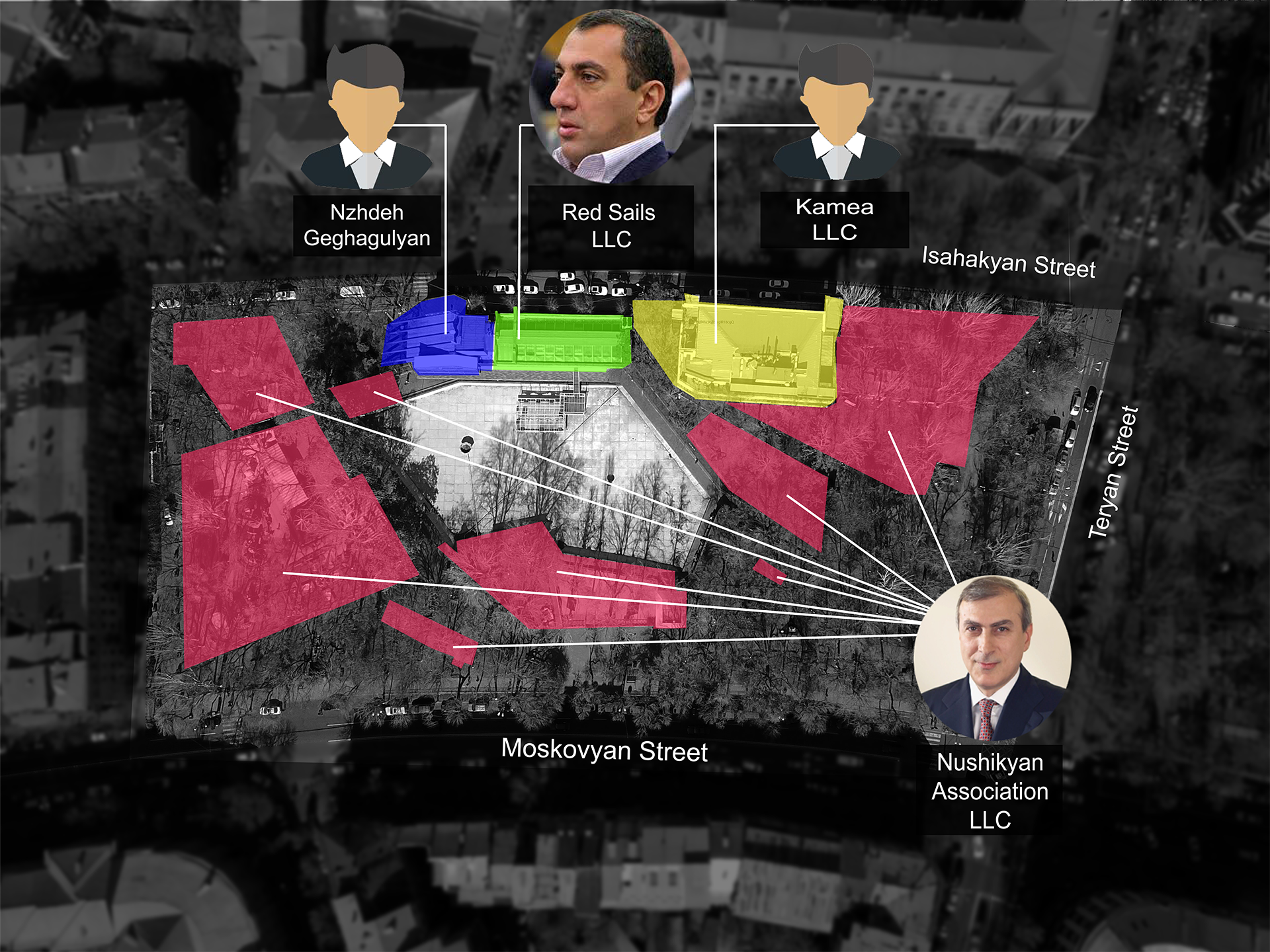 Pavement Instead of Green Landscape

The 100% shareholder of the company is former MP Garegin Nushikyan. Rent prices were set by a decision of the Yerevan Council of Elders, signed by former Mayor Taron Margaryan on December 23, 2015.

Nushikyan Association LLC annually pays the Yerevan Municipality AMD 8,920,356 (US$ 18,700) for the land. There are no restrictions on the use of the property.

The Nushikyan Association holds the lease until December 30, 2042.

In the 1960s, Yerevan had only four cafés, one of which was built in the Circular Park. The best known, built in shape of a ship and overlooking an artificial lake, was named Aragast (Poplavok).

The building was appropriated in 1996 by Red Sails LLC. 35% of the shares are owned by Garegin Nushikyan’s mother, Jenya Ghasabyan. Since 2009, 65% of the shares have been owned by former MP Samvel Aleksanyan.

According to the contracts signed with the municipality, the lease is in force until January 30, 2096.

An area of 382.41 square meters, adjacent to Poplavok café, which now operates as a separate café, belongs to Nzhdeh Geghagulyan, the son of Vazgen Sargsyan's bodyguard, Mesrop Geghagulyan. (Vazgen Sargsyan was Armenia’s first Minister of Defense and served as Prime Minister in 1999 before being assassinated that same year.)

Another part of the adjacent territory was privatized in 1995 by Kamea LLC.

In 1999, the company was granted a construction permit. The green space was gradually transformed into a building and turned into today’s Triumph Café.

In 2017, the Yerevan Municipality audited the site and found out that the actual area occupied by Kamea LLC is 696.6 square meters instead of the registered 228.2 square meters, of which 280 square meters were within the boundaries of the land allocated to the Kentron Greening CJSC.

Then Yerevan Mayor Taron Margaryan decided to take the aforementioned section from Kentron Greening CJSC and lease it to Kamea LLC.

In February 2017, a land lease agreement was signed between the municipality and Kamea, with a 696.6 square meter area (690.82 of which is rented as a café area with 500 drams monthly rent per square meter).

Kamea LLC, however, did not properly pay for the leased premises, and Kentron Greening CJSC filed a lawsuit against the company.