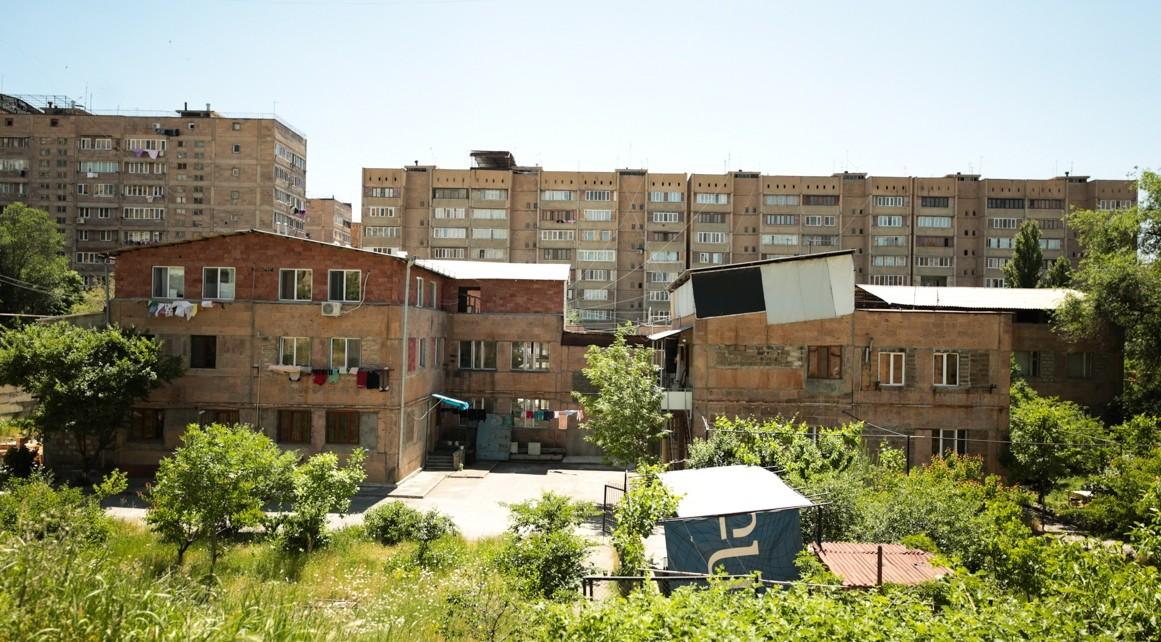 Thirty Kindergartens Closed in Yerevan’s Arabkir, Kanaker-Zeytun, Avan and Nor Nork Districts Over the Years

Hetq continues exploring the issue of closed kindergartens in Yerevan and the owners of their sites.

This time, we present the stories of kindergartens closed in the Arabkir, Kanaker-Zeytun, Avan and Nor Nork administrative districts.

In all four administrative districts, there are several hundred, even a thousand children, in queue for kindergartens.

At least 29 kindergartens have been closed in the Arabkir, Kanaker-Zeytun, Avan and Nor Nork administrative districts over the years.

Among others, the list of owners of the former kindergartens includes an affiliate of former prime minister Hovik Abrahamyan, the family of director and writer Aghasi Ayvazyan, former Yerevan mayor Vano Siradeghyan's lawyer, the family of the first head of the Arabkir community, opera singer Gegham Grigoryan, the family of the National Assembly MP who resigned, a mother of an NSS employee, the wife of former deputy head of the Avan community, the Islamic Republic of Iran, Gazprom-Armenia and others.

As of April 2019, 846 children are in queue for pre-school educational institutions in the Arabkir administrative district.

We tried to use different sources to find the locations of closed kindergartens, but there might be some more kindergartens that could not be located. 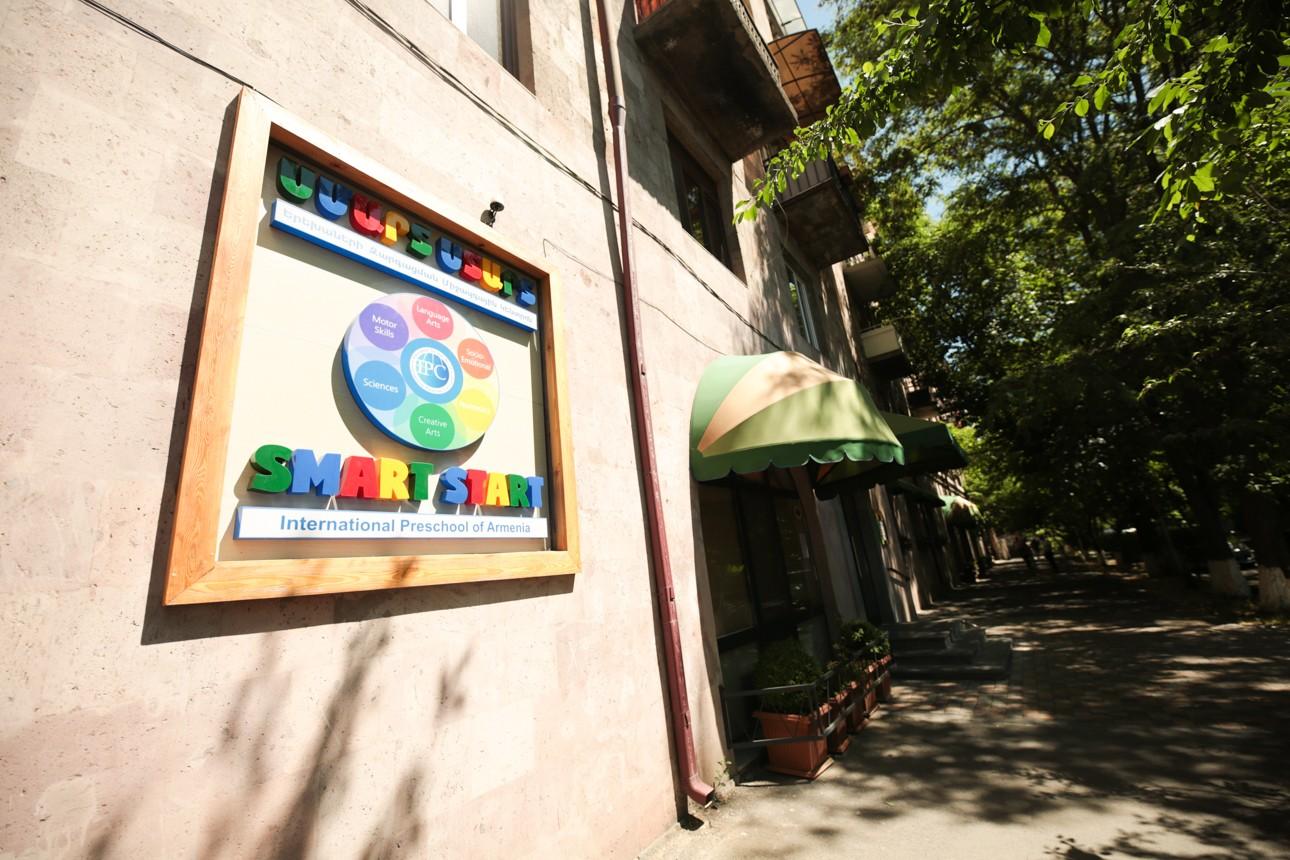 Yerevan Mathematical Machines Plant CJSC (Mergelyan Institute) had two kindergartens in the Arabkir administrative district. One was on the first floor, 1 Komitas Avenue, and the other was located in the yard of the same building. The kindergarten at 1 Komitas Avenue was privatized in 1996. Aghasi Ayvazyan's company, Aghasi Ayvazyan LLC, has become a proprietor. Greta Verdiyan private school, founded by Aghasi Ayvazyan's wife, operated in the area. In 2014, this LLC was renamed and became M Vector LLC. Greta Verdiyan and her affiliates were no longer on the list of the LLC shareholders. Today, there is a private kindergarten in the area. 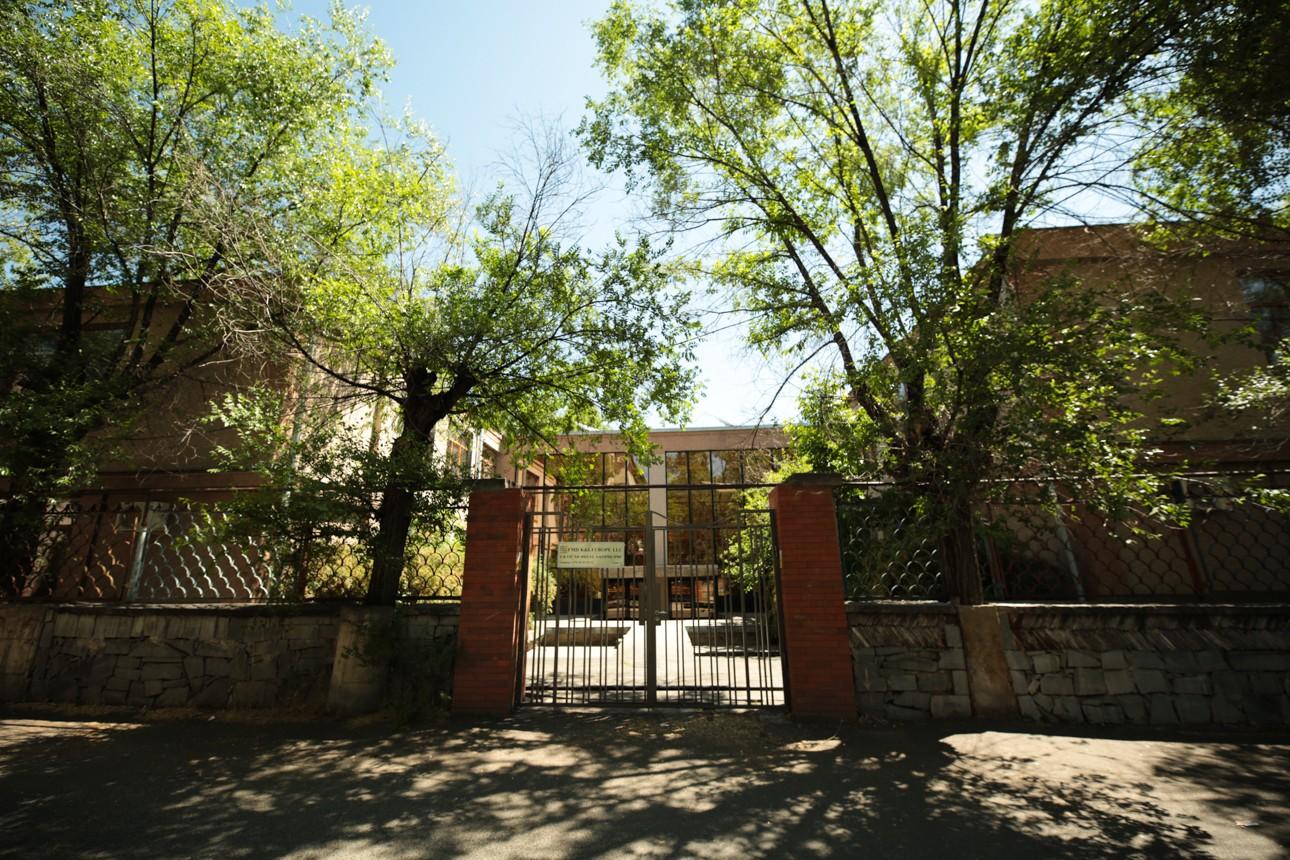 The other kindergarten of the Mergelyan institute had a typical building with its yard areas. The building has two addresses: 3a and 3/16 Hakobyan Street. The two addresses belong to Wise Baby LLC. Today, a bio-technology center of FMD K&L Europe is located in the fenced building. It is a Chinese-American transnational company. It has been operating in Armenia for three years, having invested around four million dollars. 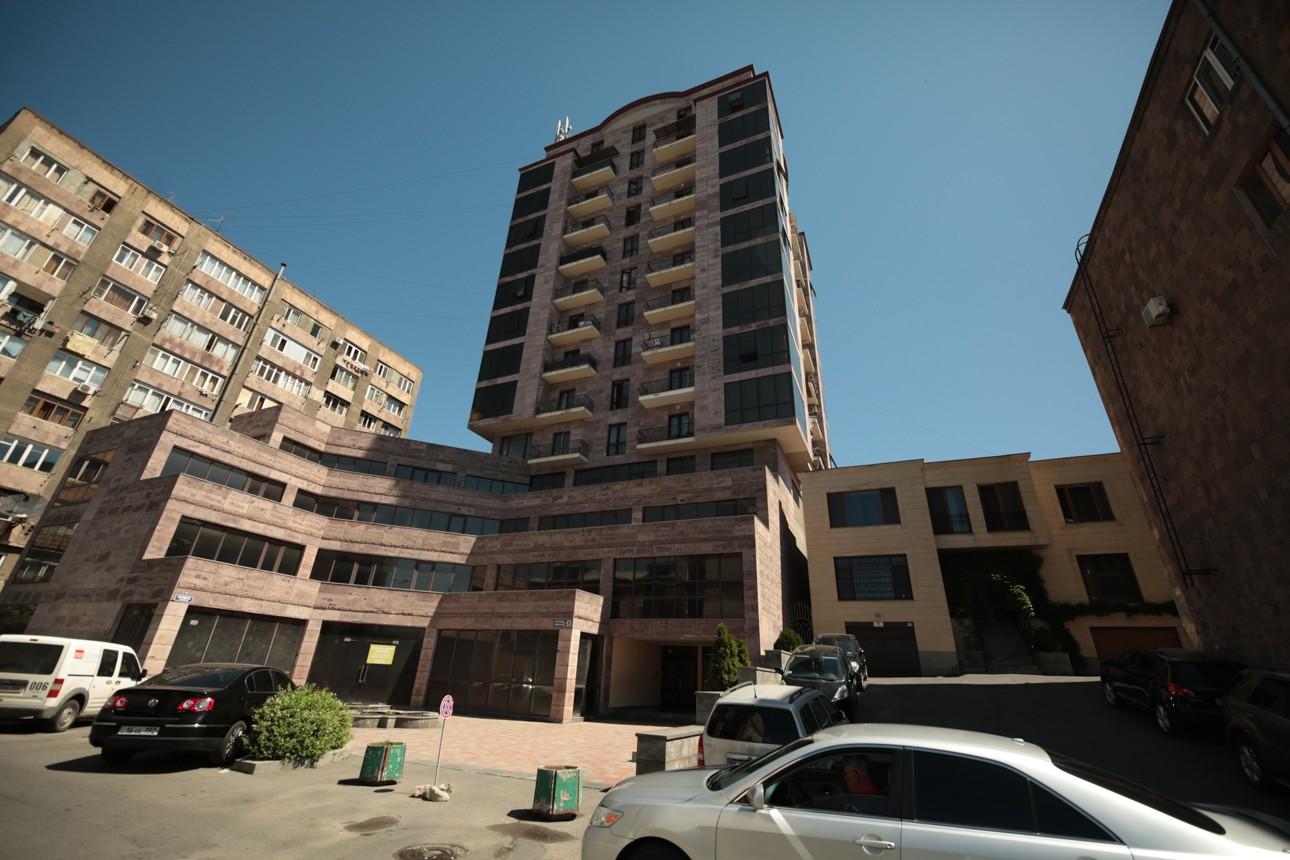 Yerevan Clock Factory OJSC had two kindergartens in the Arabkir administrative district, both with separate buildings. One was on Aghbyur Serob Street, the other on Baghramyan 2nd Lane. The kindergarten at 18 Aghbyur Serob was closed and sold in 1998. Changing several owners, it has become Ruzanna Asoulyan's property. She also bought 15 hectares of forest area from Bagratuni Barseghyan, the chief of bodyguards of former prime minister Hovik Abrahamyan. This territory in Tzaghkadzor still belongs to her. Also, Ruzanna Asoulyan used to be a shareholder of Golden MK LLC together with Hovik Abrahamyan's relative Gagik Poghosyan. 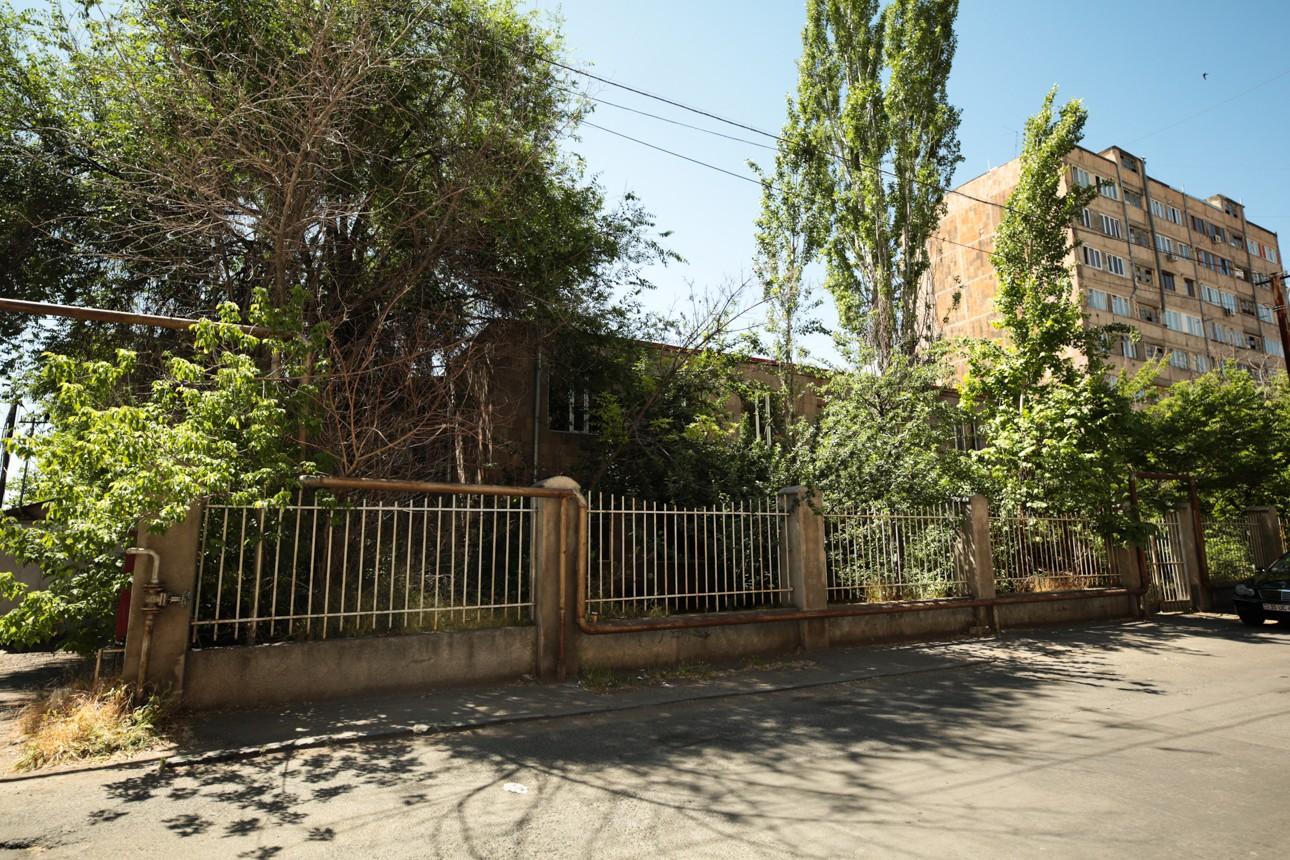 In 2005, after the sell of the other kindergarten building owned by Yerevan Clock Factory OJSC, it was destroyed. Instead, Renshin company has built a multi-storey, multi-apartment building. 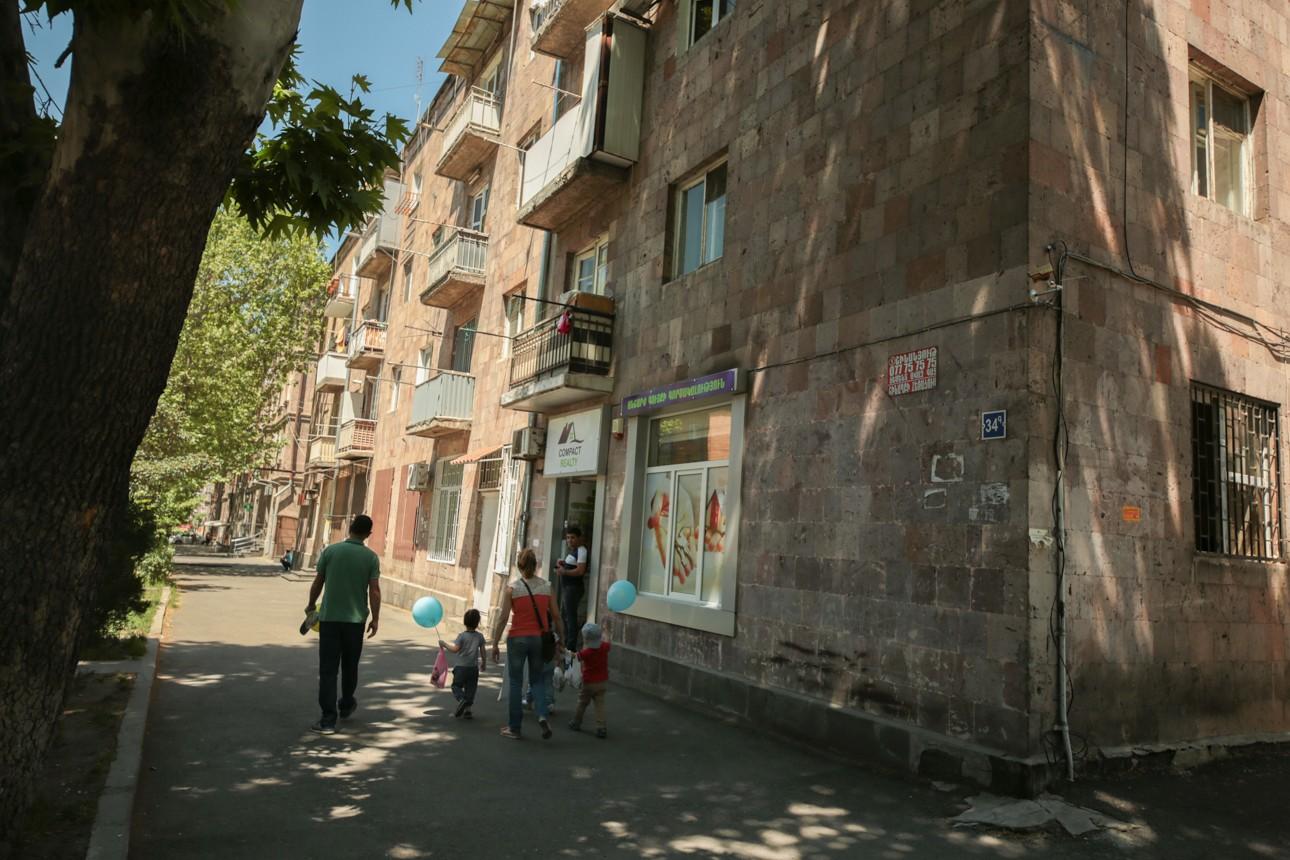 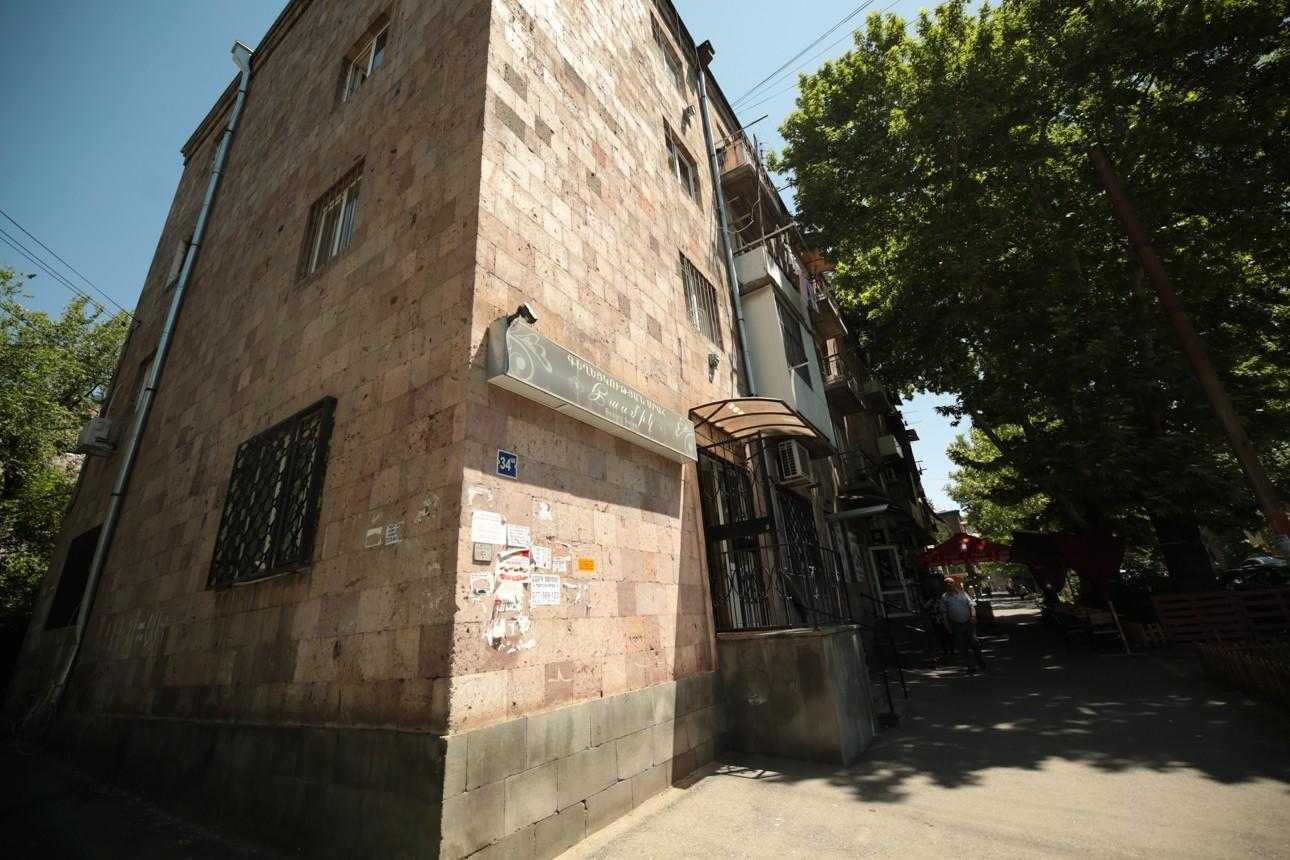 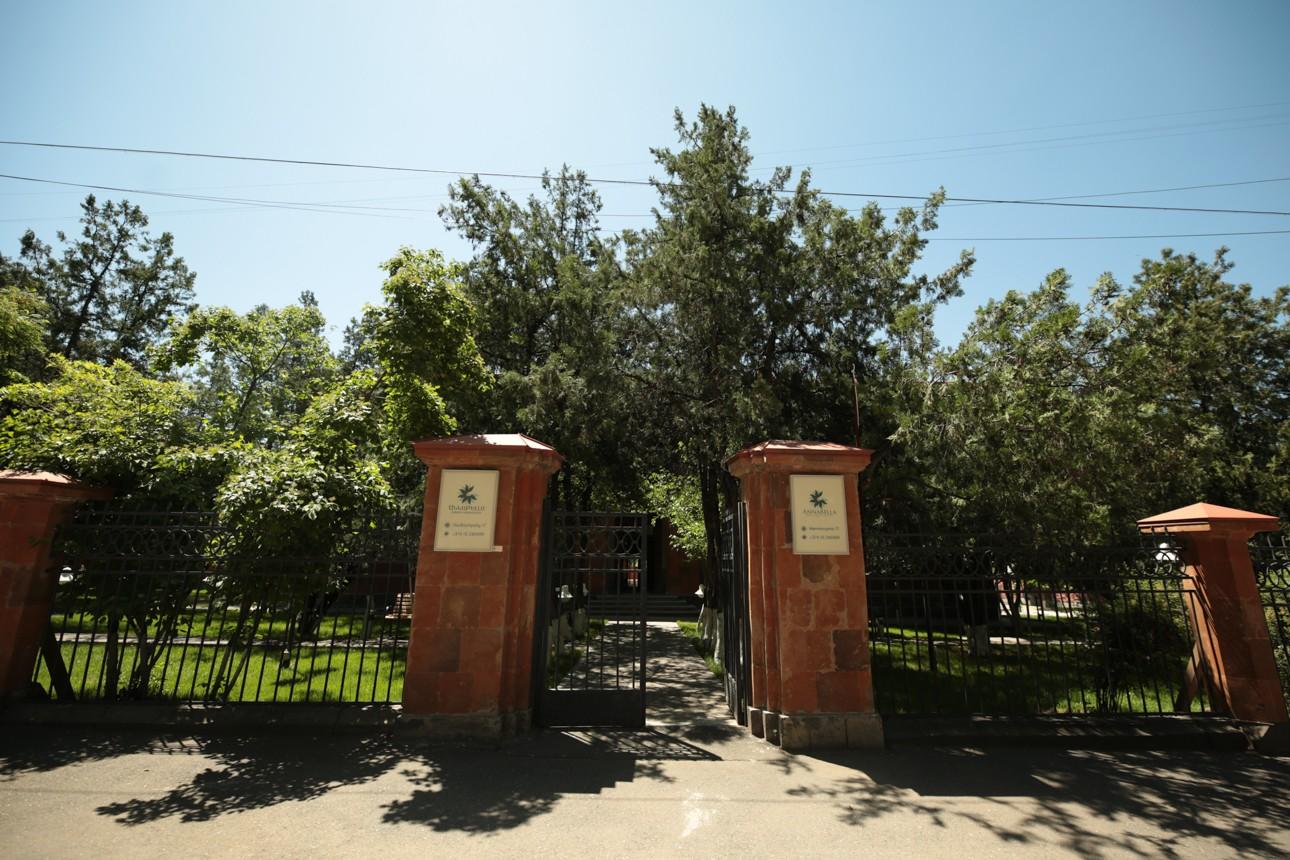 Kanaker Aluminum Factory, which was famous as Kanaz in the Soviet times, had three kindergartens. Two were based on the first floors of buildings 34a and 34c Mamikonyants Street, and the third one was not far away, at 17 Mamikonyants Street. The first two buildings were dormitory buildings, which were privatized by the government's decision in 1998, and now they house shops, food points, pharmacy, etc.

The third kindergarten is now Hotel Annabella. The former building of the kindergarten with beautiful architectural solutions has a separate yard. 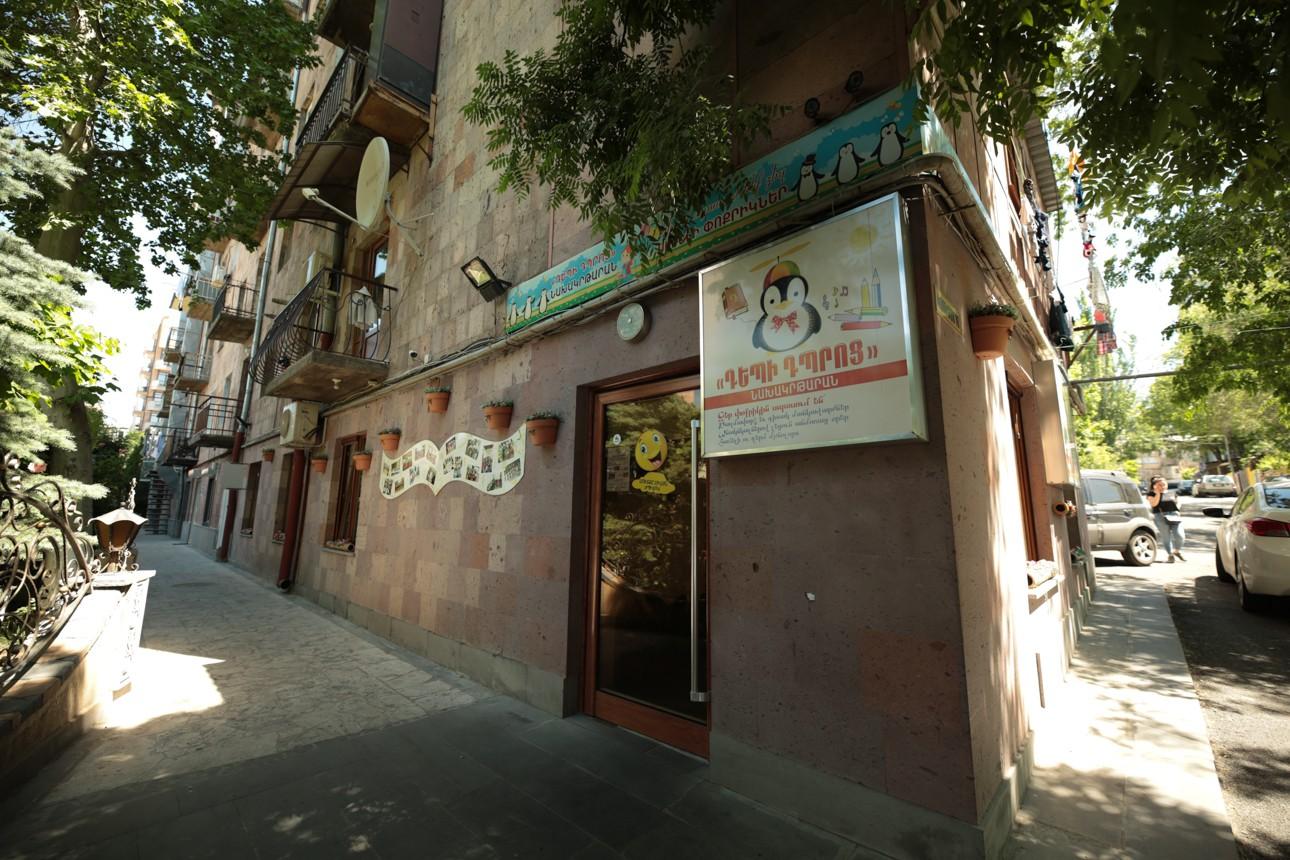 Kindergarten #186, which is now a pre-school, operated at 16 Komitas Avenue until 1998. In 2003, Vanya Sukiasyan purchased the kindergarten site and later sold it to Julieta Yengoyan. The latter operates a private kindergarten there. Vanya Sukiasyan is a lawyer, and he was the lawyer of former interior minister Vano Siradeghyan. 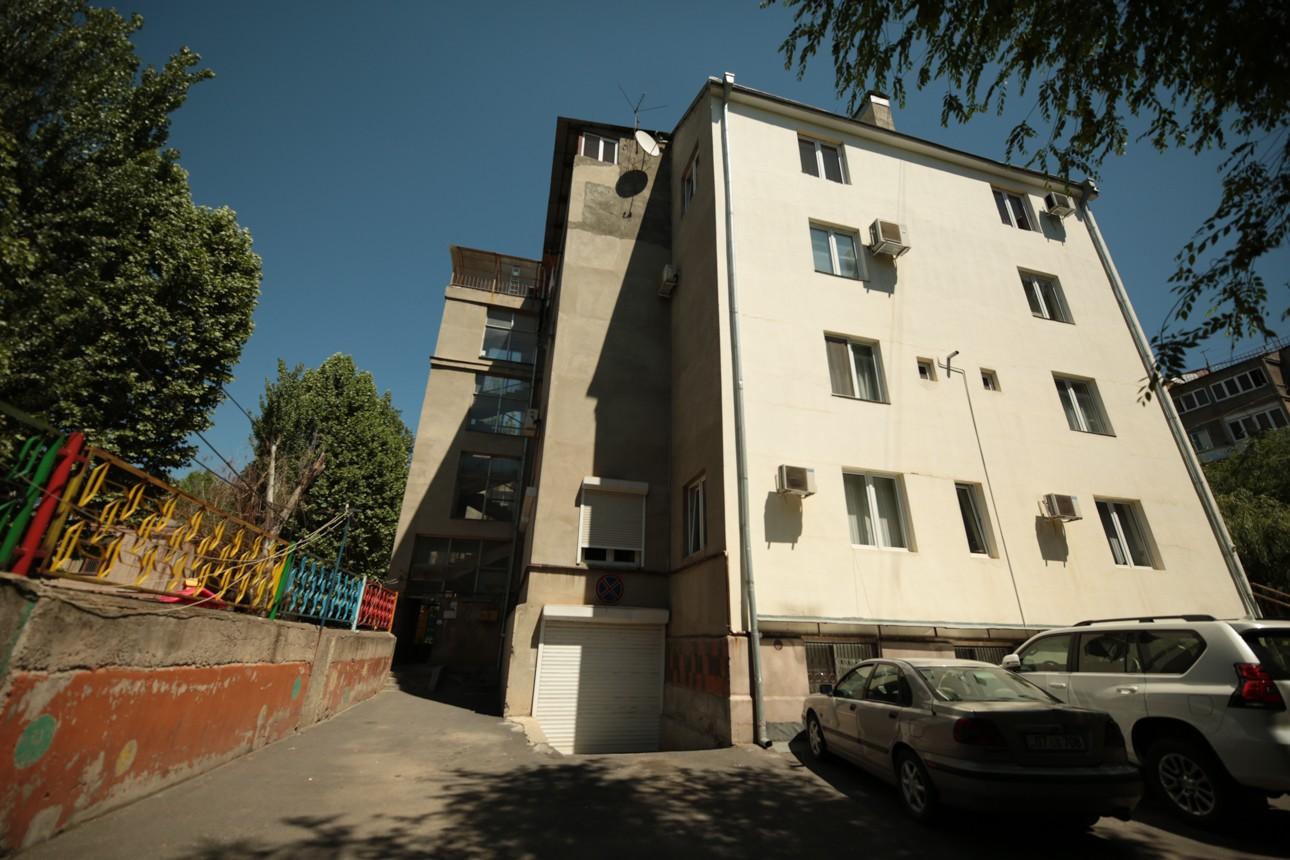 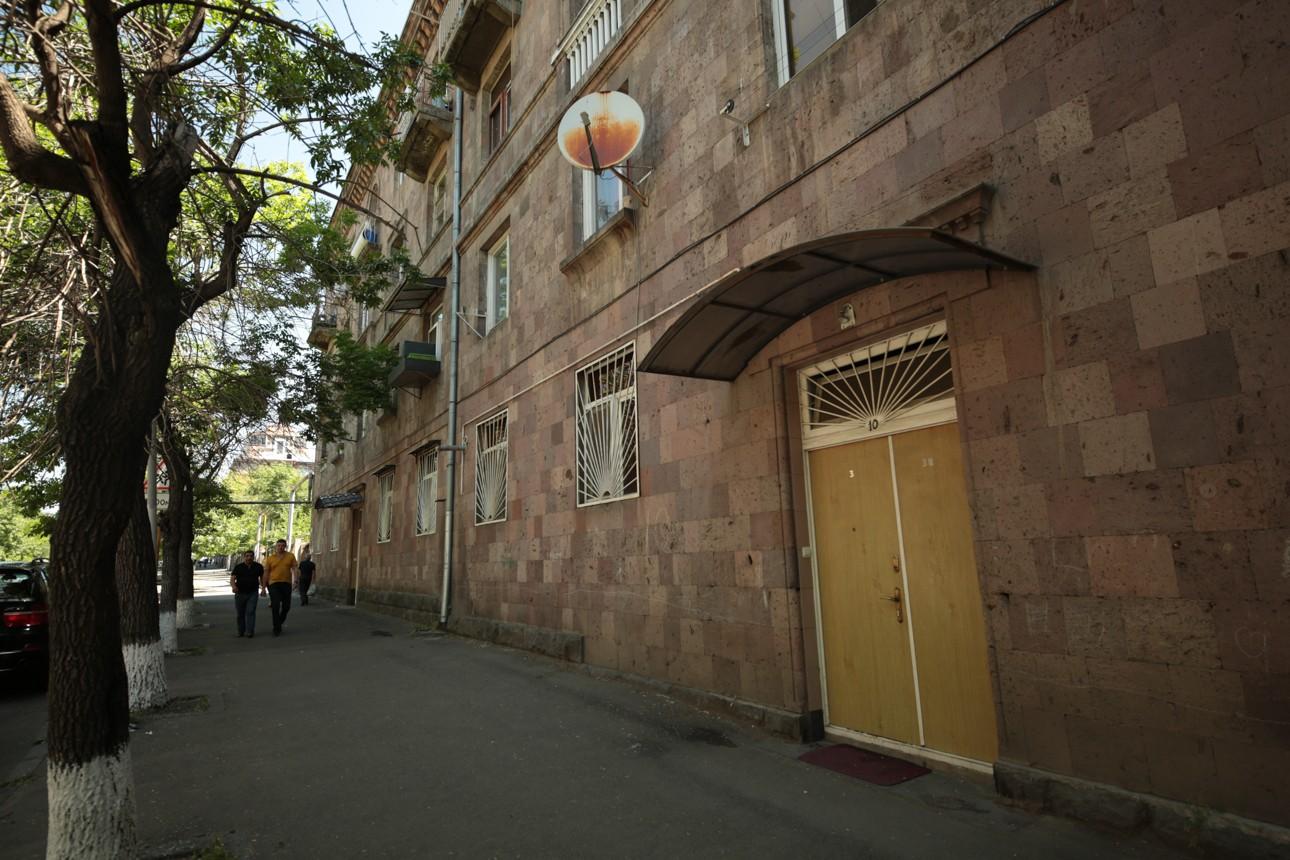 A community kindergarten used to function on the first floor of 10 Tigranyan Street. Real estate with two separate addresses has become the property of Peproneh Khachaturyan and Aida Babayans. 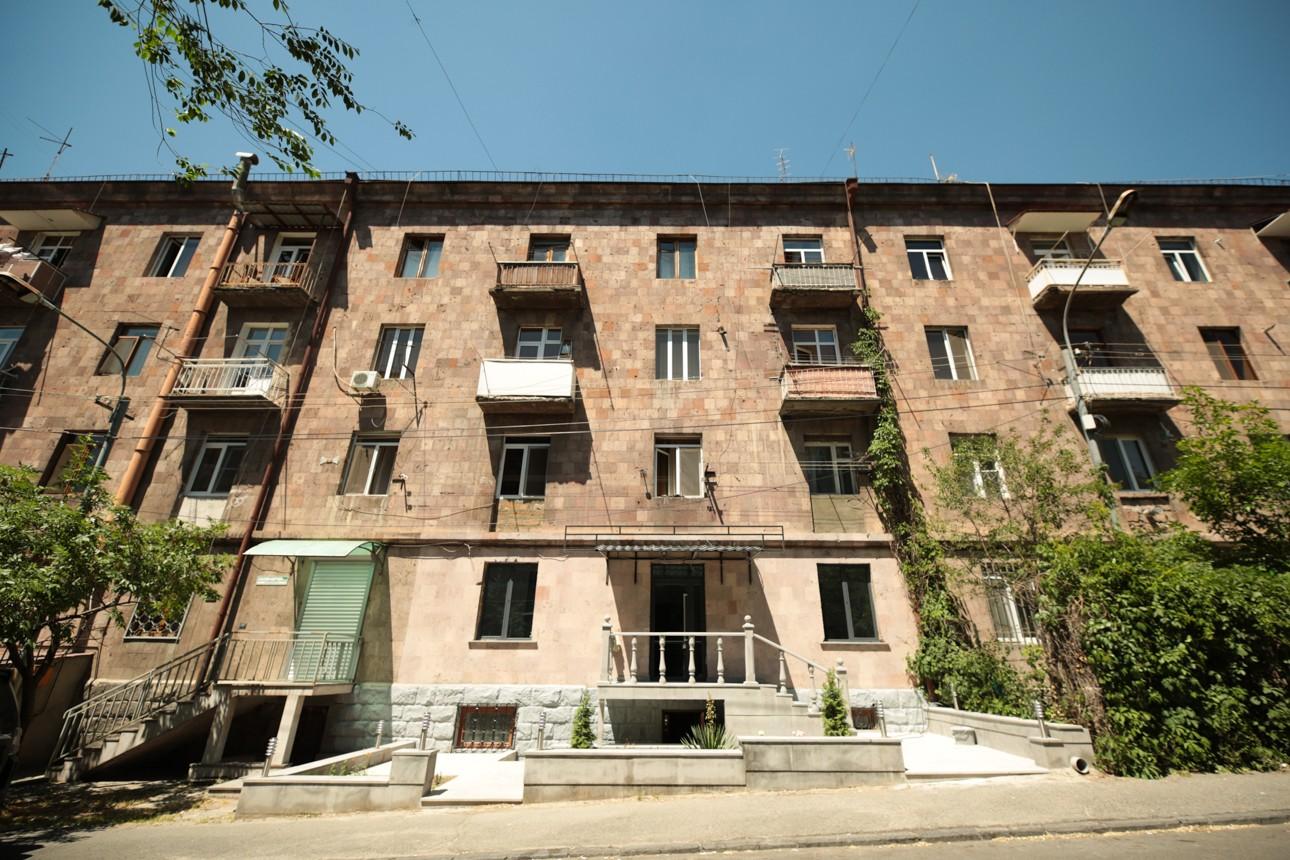 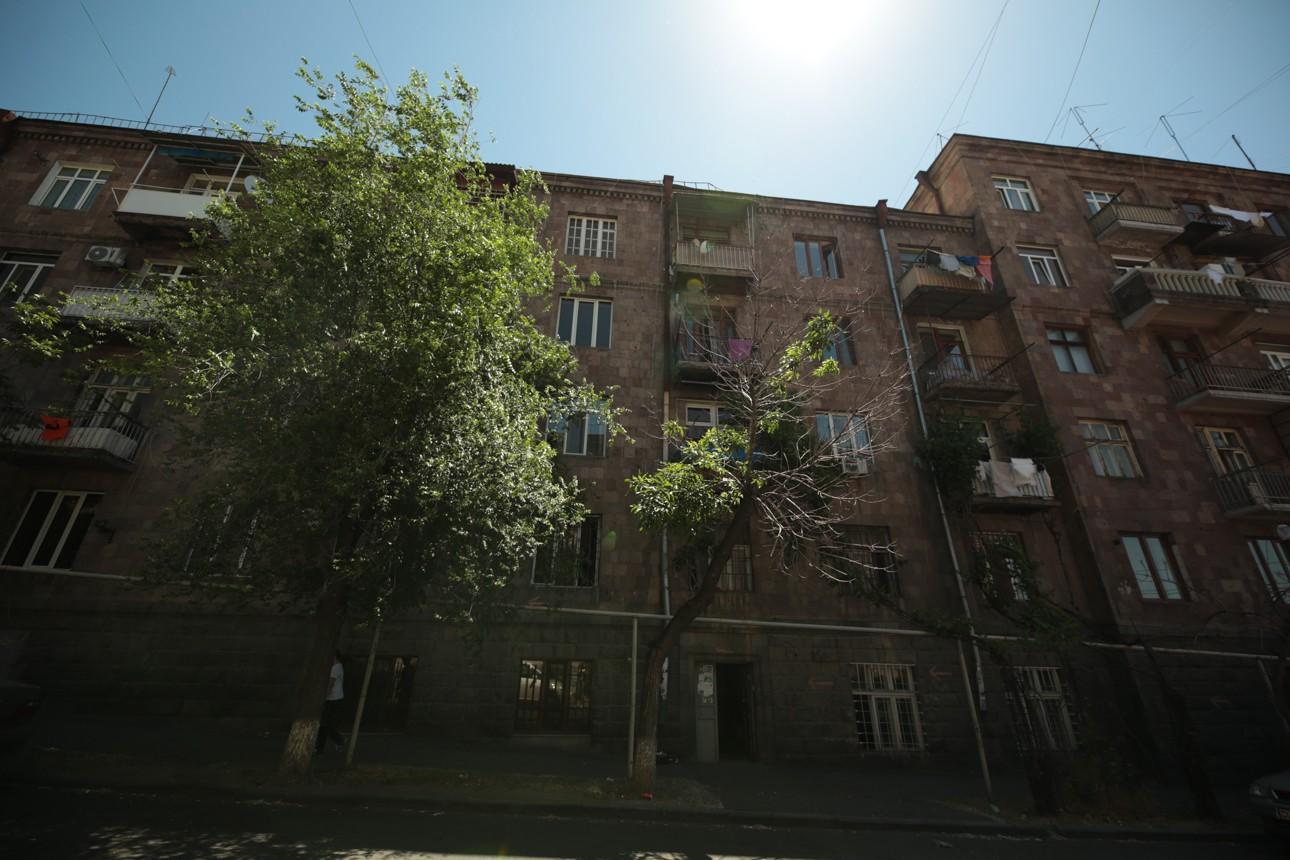 These two kindergartens belonged to the Arabkir district community, both located in the apartments of the buildings. The kindergarten at 61 Komitas Avenue was closed down by a decision of the first head of Arabkir district Hayk Hovhannisyan, whose family became the owner of the area. Hayk Hovhannisyan's wife, Zinaida Margaryan, sold the former kindergarten's area used as an apartment in 2018. Construction is   underway now. According to residents, the site will become a dental clinic. Another one, located at 63 Komitas Avenue, has been turned into apartments since closure.

The number of children in queue in the Kanaker-Zeytun administrative district is 562. 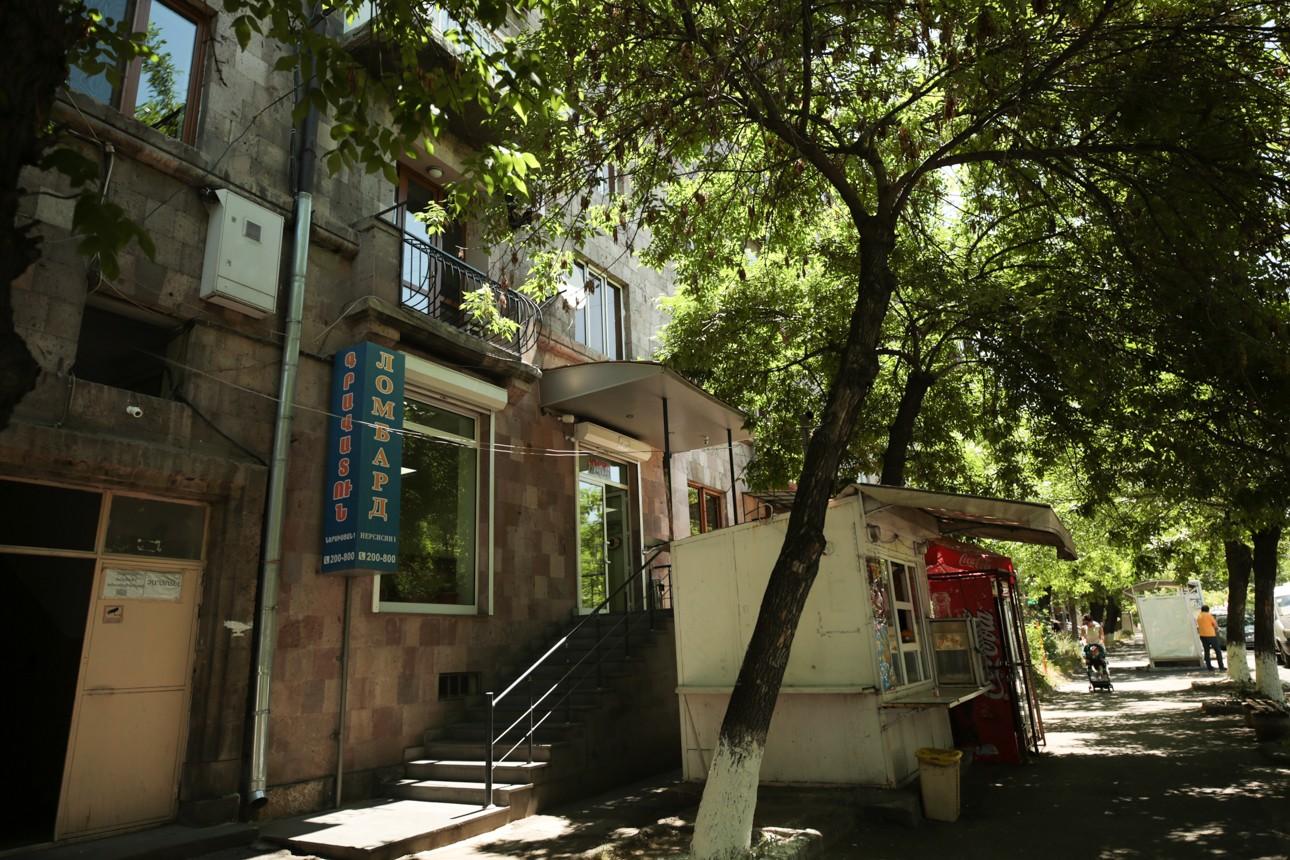 A community kindergarten was functioning on the first floor of the building located on the crossroad of Azatutyan Avenue and Nersisyan street. In 2003, by a decision of Ruben Sinoyan, the head of Kanaker-Zeytun community at the time, 83.9 square meters of the kindergarten site were sold to citizen Erik Vardanyan for $1,670. The area has turned into a flat and still belongs to Vardanyan. The other part of the kindergarten is today the pawnshop of Musoyan AAA LLC. The territory has been owned by Kruiz-99 Production Cooperative since 2003, which now undergoes a bankruptcy process. 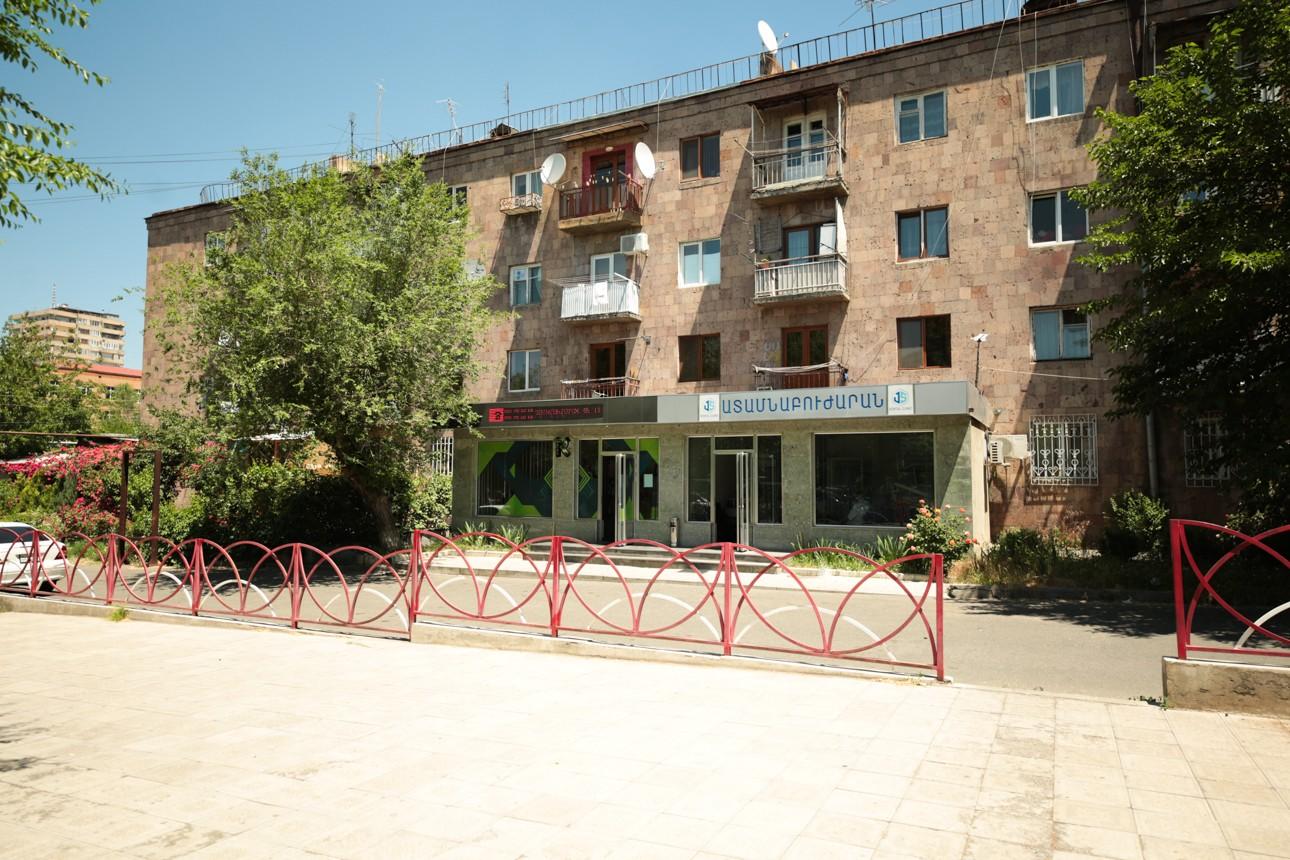 Kindergarten #199 used to function on the first floor of 5 Davit Anhaght building, liquidated by the joint decision of the council of Kanaker-Zeytun and the district head Ruben Sinoyan. After the liquidation, the territory of the kindergarten was sold. Today, a dental clinic and a real estate agency operate in the site. In 2003, 126 square meters of 646.6 overall territory were sold to Alexander Janyan, who founded the JS dental clinic. However, the main part of the kindergarten site belongs to Kanaker-Zeytun community. 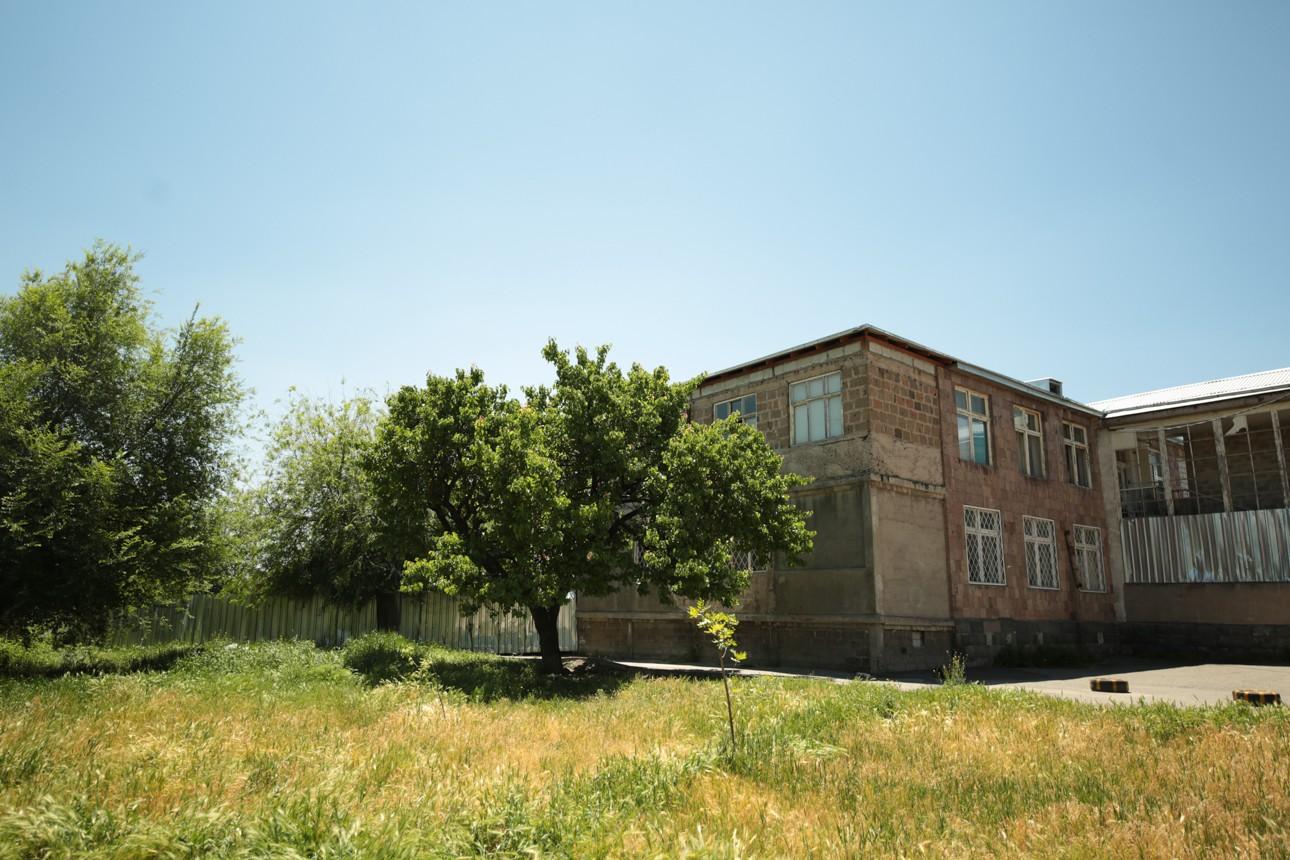 The kindergarten which used to operate at 32 Kanakertsi address was divided into two separate premises and the kindergarten is located in one building. The property got two addresses - 15 and 17  Hasratyan Street. Kindergarten #159 operates at 17 Hasratyan street. The two-story building was sold to opera singer Gegham Grigoryan at auction. After the latter's death, the building of the kindergarten became the property of Grigoryan's heirs. Today, the construction equipment of the Armenian-Chinese School of Friendship can be seen in the area. 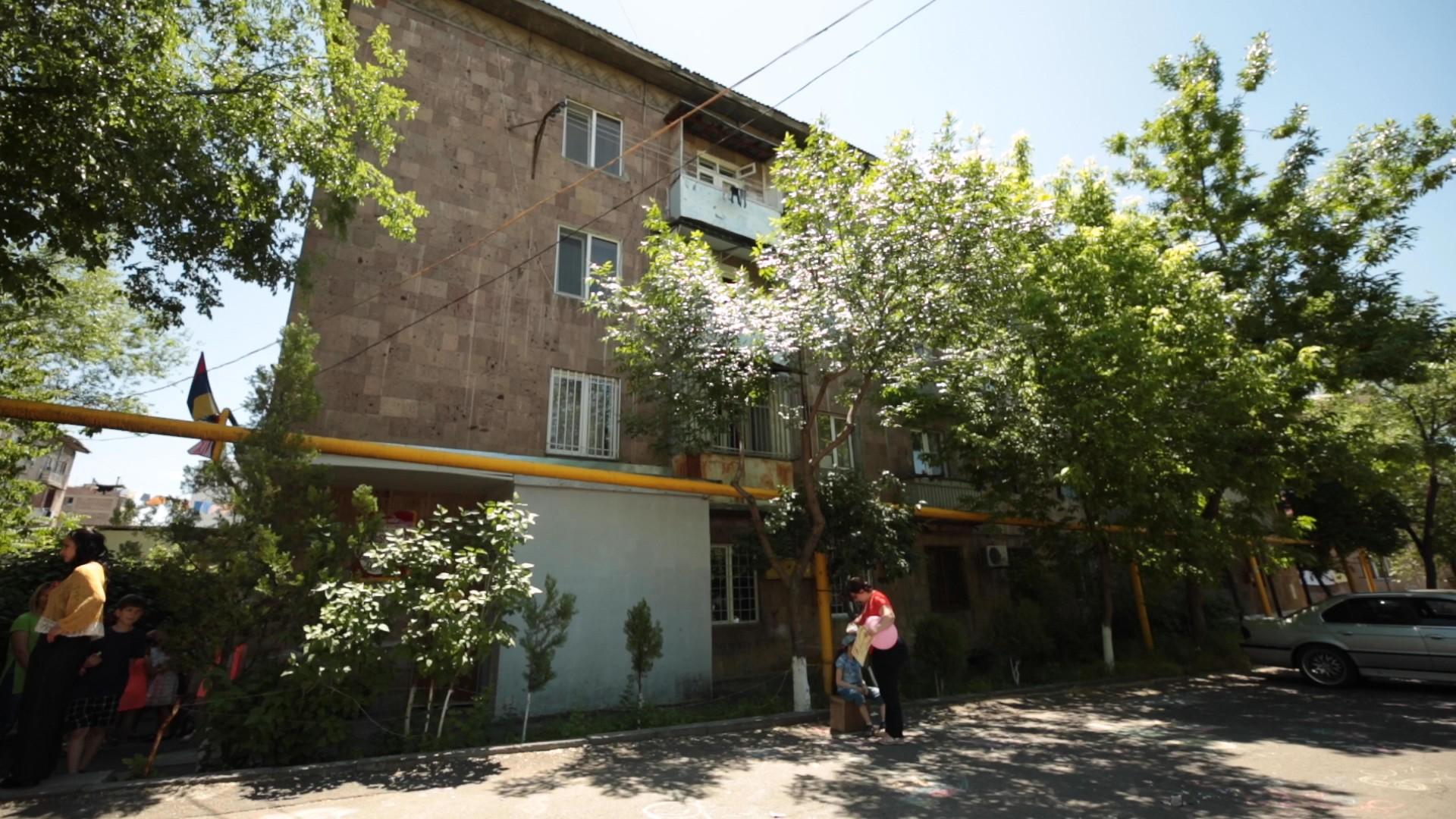 By a decision of the community council, Kindergarten #147, located on the first floors of 21 and 21a Dro Street buildings, was liquidated and Minas Avetisyan Art School was formed in one part of the area. The main part of the closed kindergarten's territory was turned into apartments. The first owner of 4/1 and 4/2 addresses at the 21a Dro building became Brave Soldier LLC. The organization’s shares are divided in half between Petros Yeghikyan and Karine Hakobyan, Alik Yeghikyan’s parents, who was elected an MP of the Tsarukyan Bloc party in the 2017 parliamentary elections and then resigned. 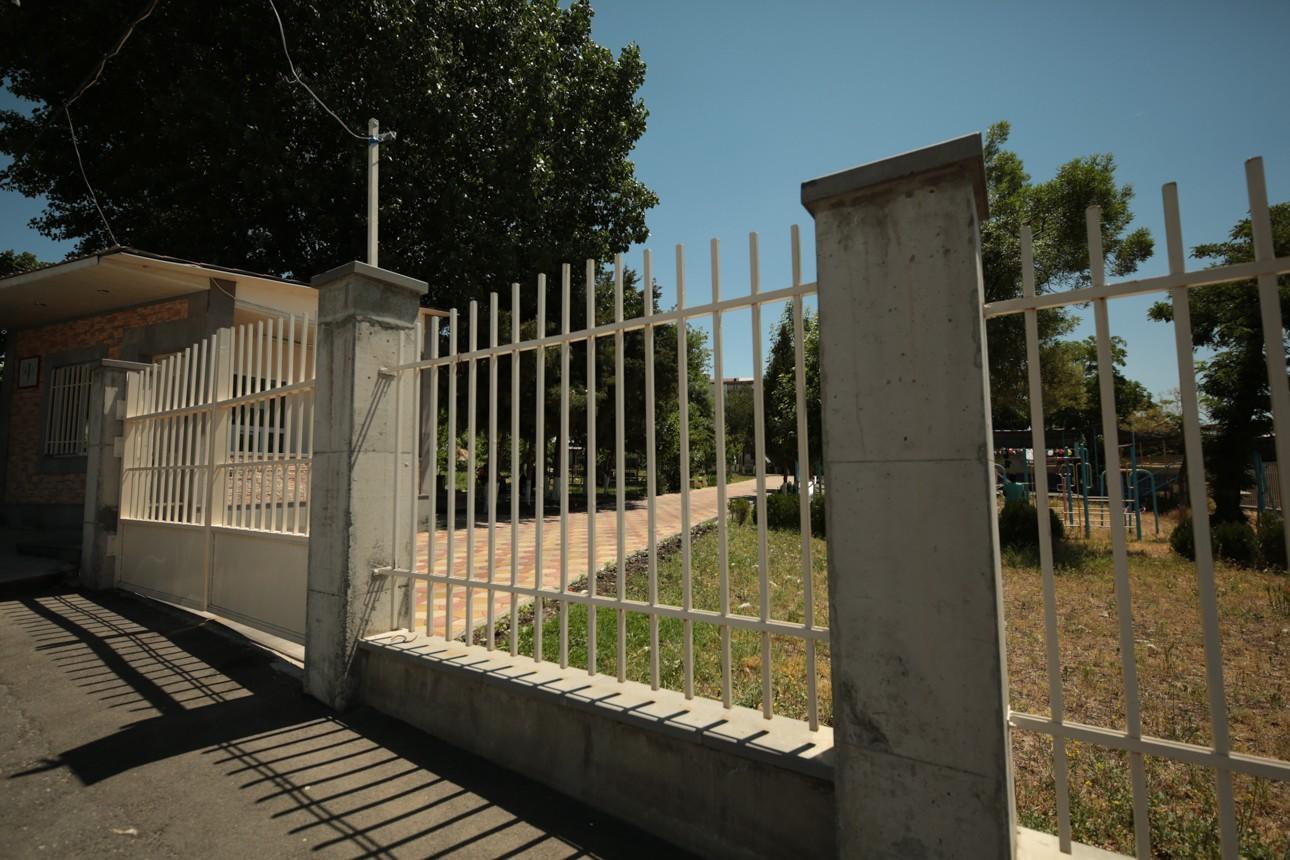 According to residents, a kindergarten used to operate in Tigranyan Street, but today it is replaced by an orphanage. The Yerevan Marie Izmirlian Orphanage SNCO is located in Yaghubyan Street (formerly Tigranyan Street). The former kindergarten is spacious, with a separate yard and green area.

The number of children queued in the Avan administrative district, as of March 2019, is 374. 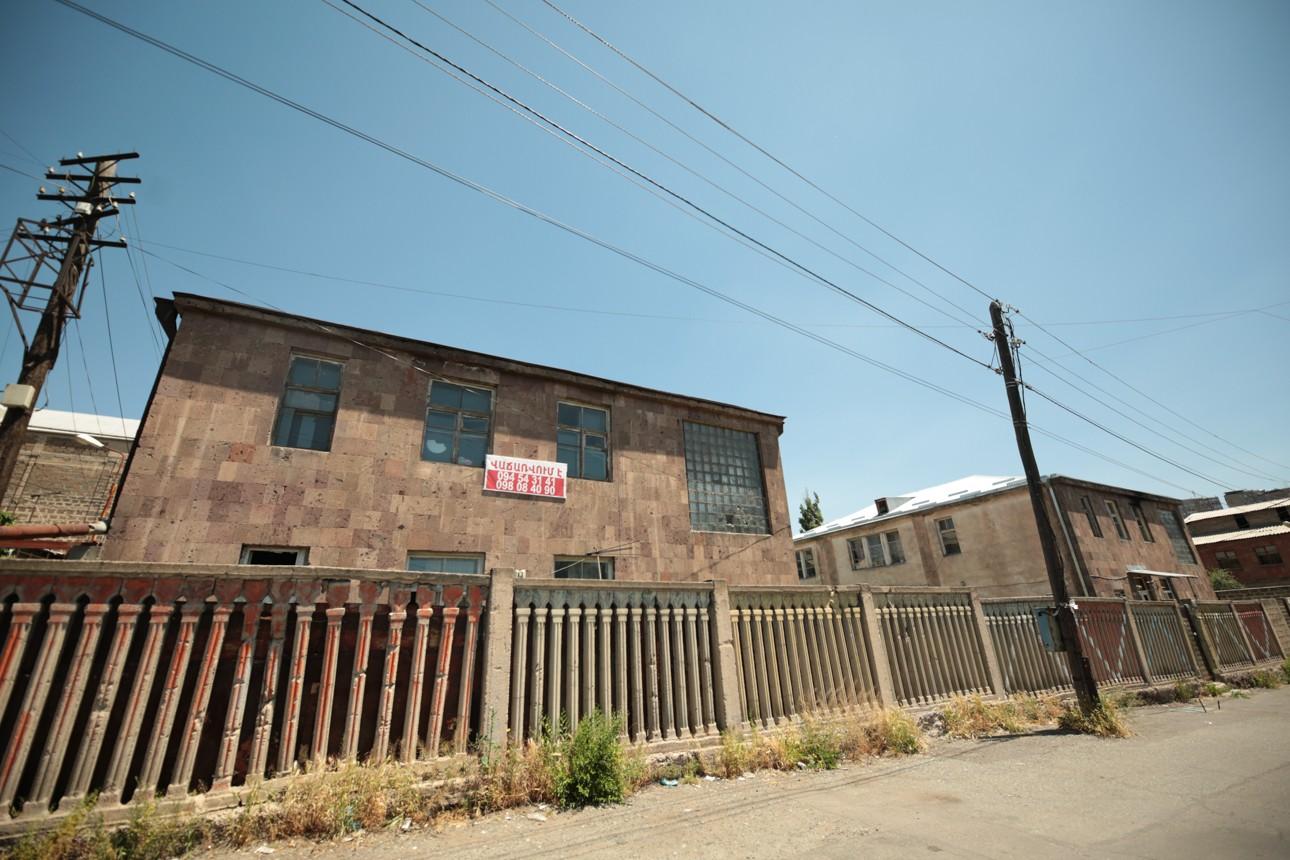 Street 4 of the Avan administrative district

Kindergarten #1 operated on the Street 4 of the Avan administrative district. It was closed in 2002 and the building of 782.4 square meters was sold to Knarik Bayramyan for 7.9 million drams. She is the mother of an employee of the National Security Service, Smbat Ayvazyan, who was the late NA President Karen Demirchyan's bodyguard. 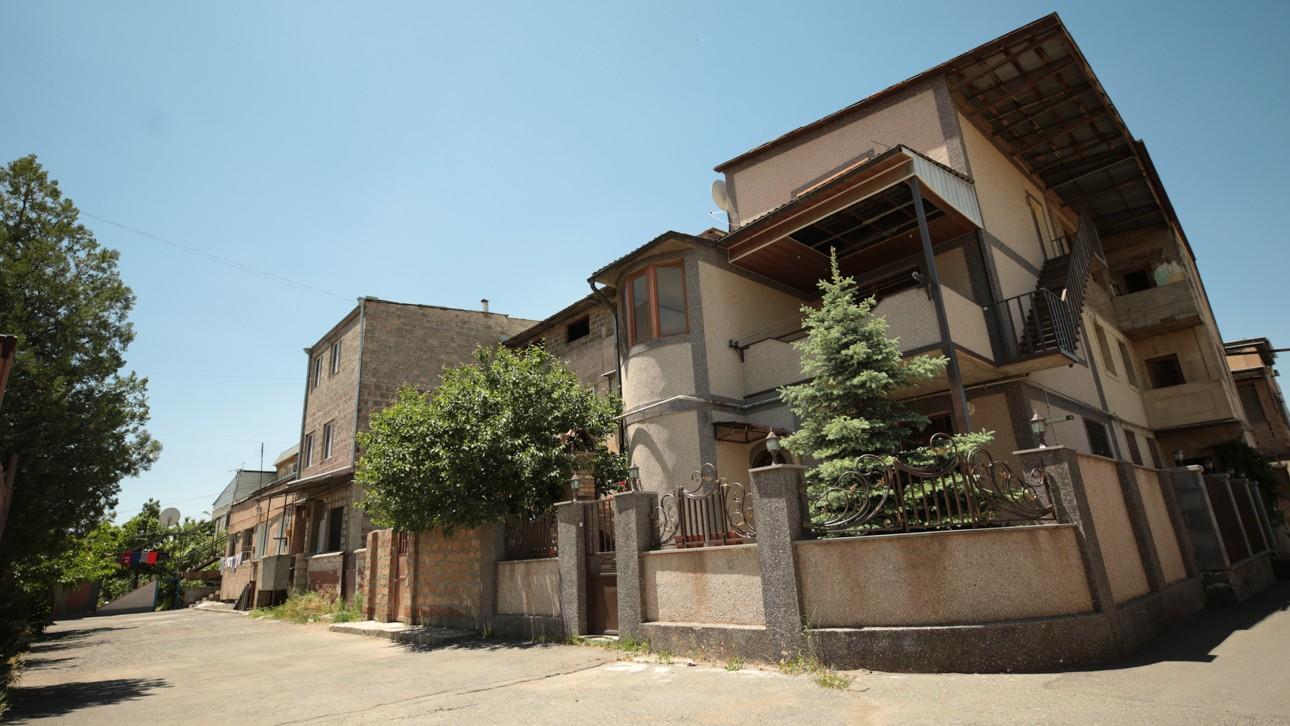 The former Kindergarten #8 area in the second micro-district of Avan-Arinj  was turned into a housing block by a decision of the Council of Elders in 2002. In 2009, the community sold the site to citizens. Nazik Ghumashyan, for example, was among them. Ghumashyan is the wife of former deputy head of Avan administrative district Samvel Ghumashyan. After acquiring the apartment, Nazik Ghumashyan sold it to other people. 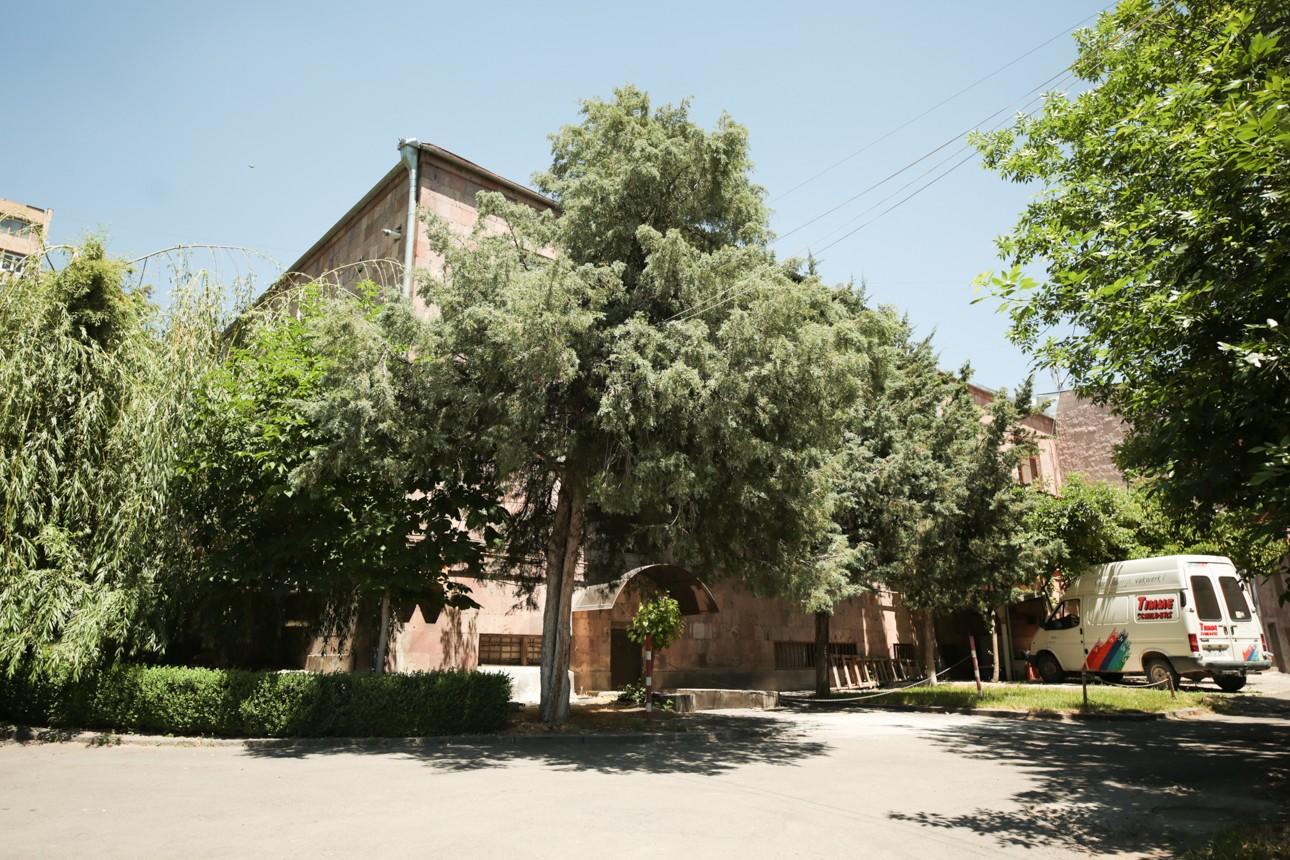 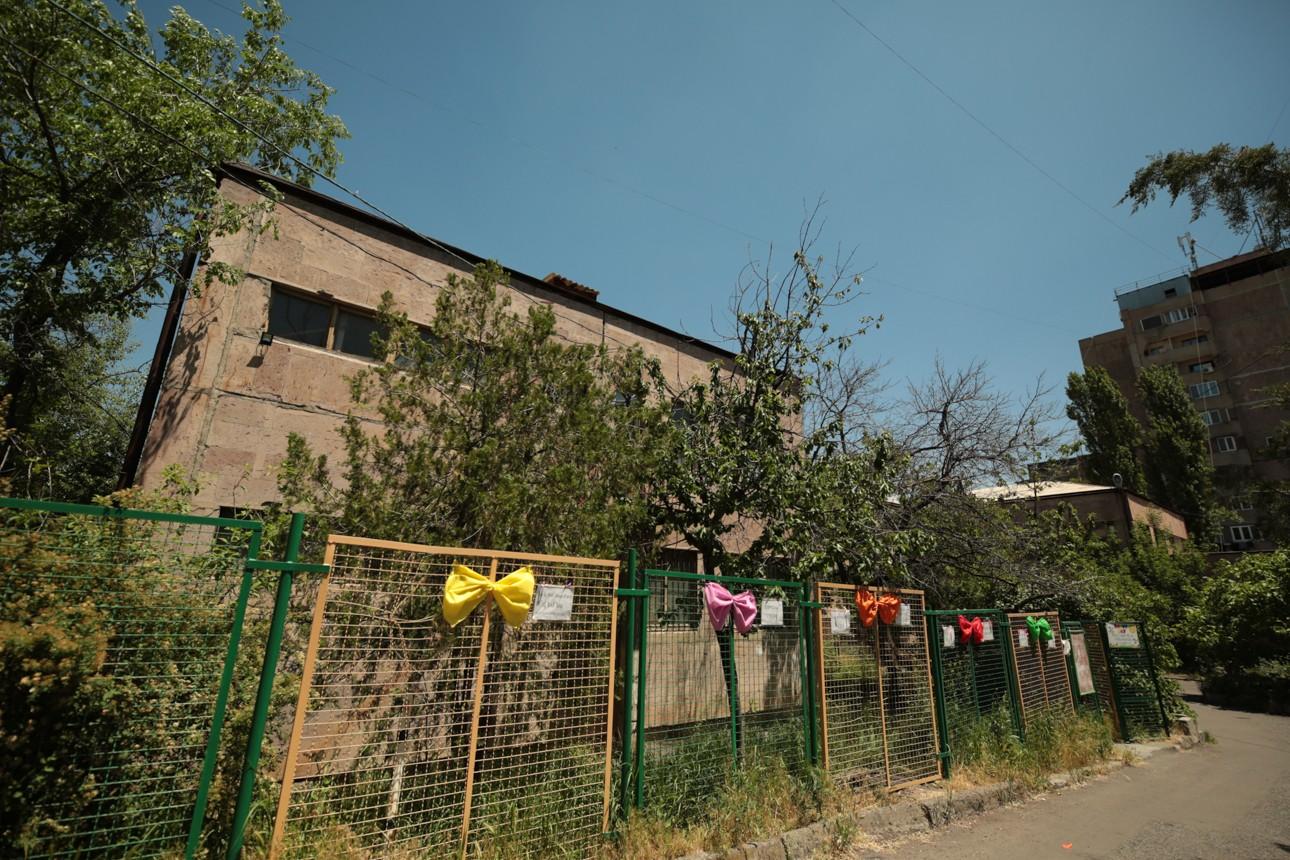 The building of Kindergarten #7 is a community property. Kindergarten's building is in a bad shape and the premises are rented to different parties, condominiums and other organizations.

As of April this year, the number of children queued in the Nor Nork administrative district is 1,015. 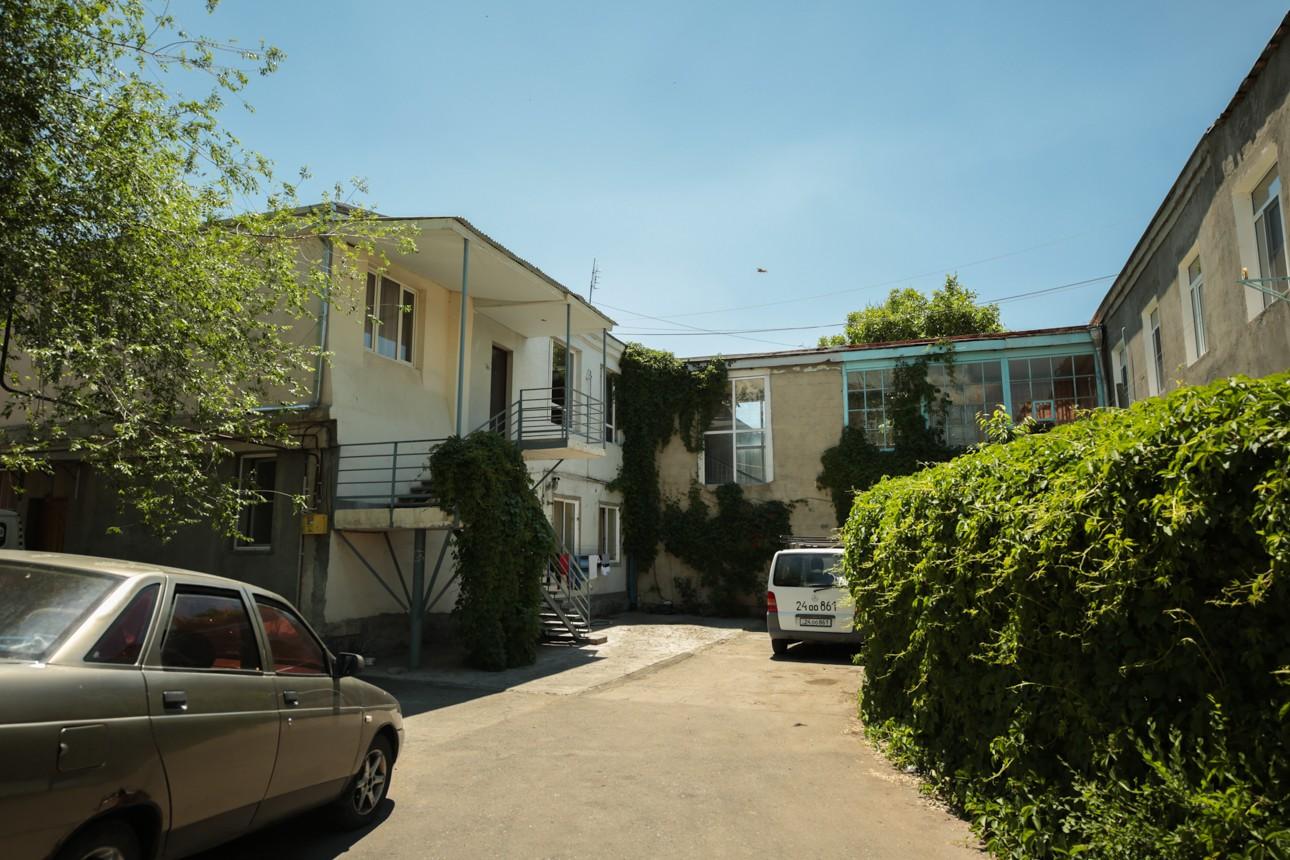 The entire territory of Kindergarten #251, which used to operate in Lvovyan Street of Nor Nork, has turned into a housing block and is completely inhabited. 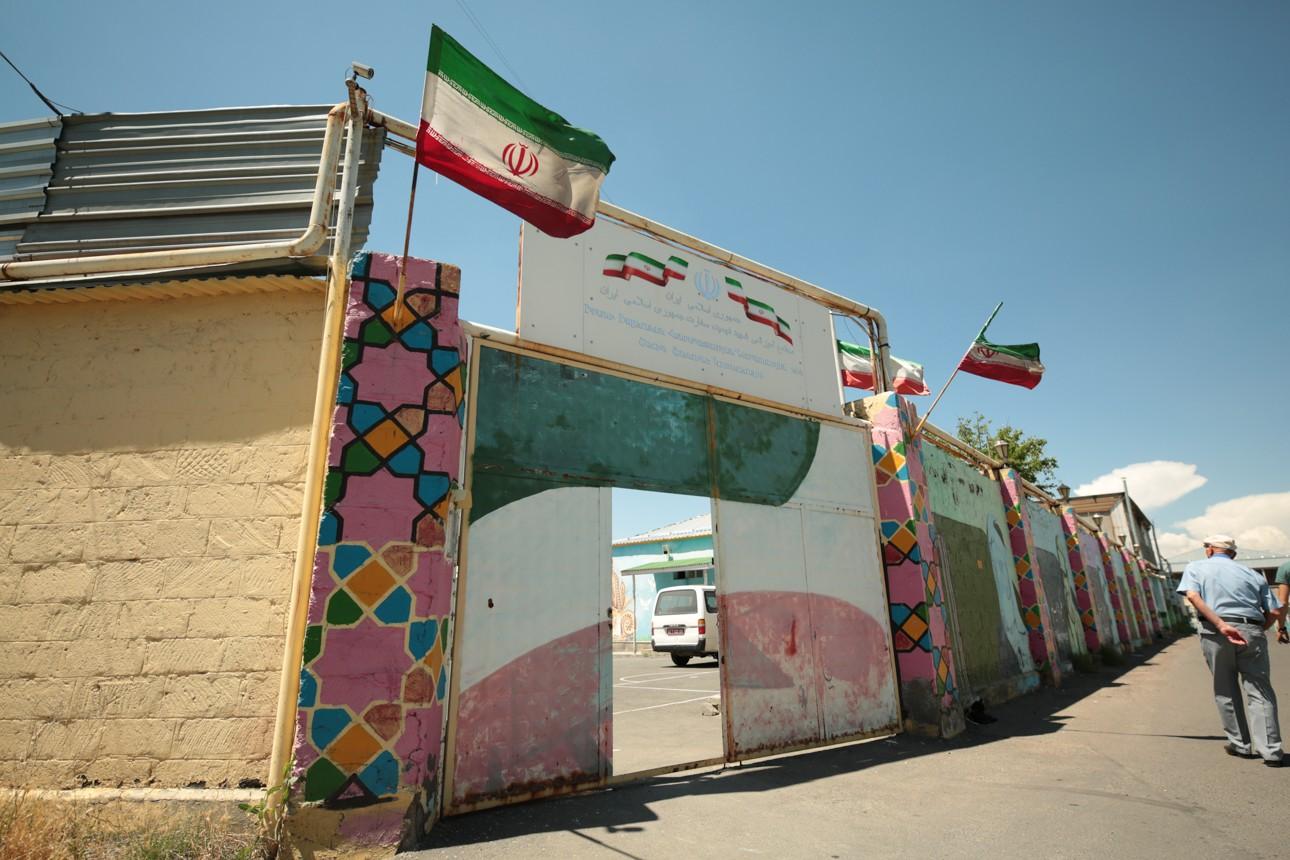 The territory of Kindergarten #238 in Nor Nork was sold for $650,000 to the Islamic Republic of Iran. The Iranian Shahid Fahmideh educational complex opened there. 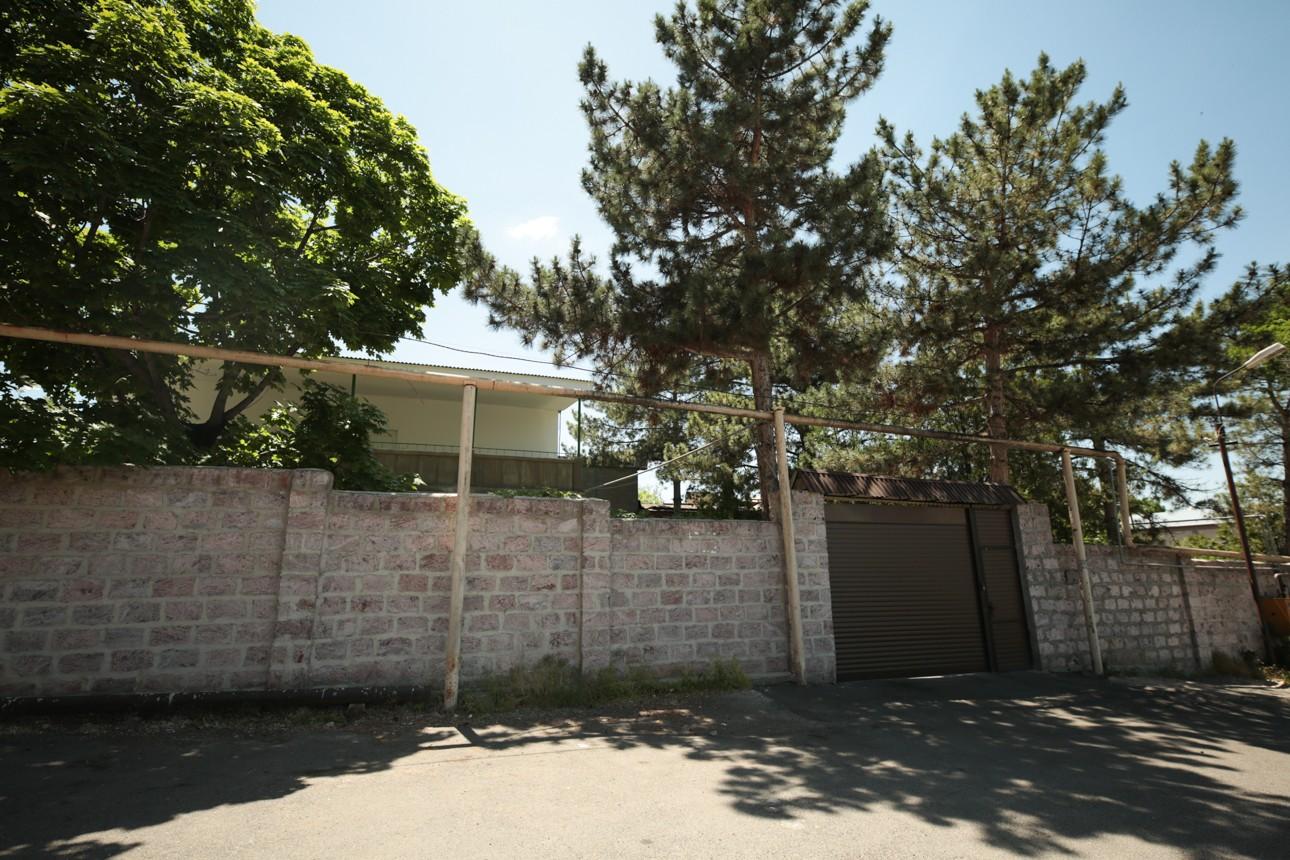 In the new Nor Nork 2nd Block, Kindergarten #250 used to function. However, the kindergarten was liquidated and the site was privatized. 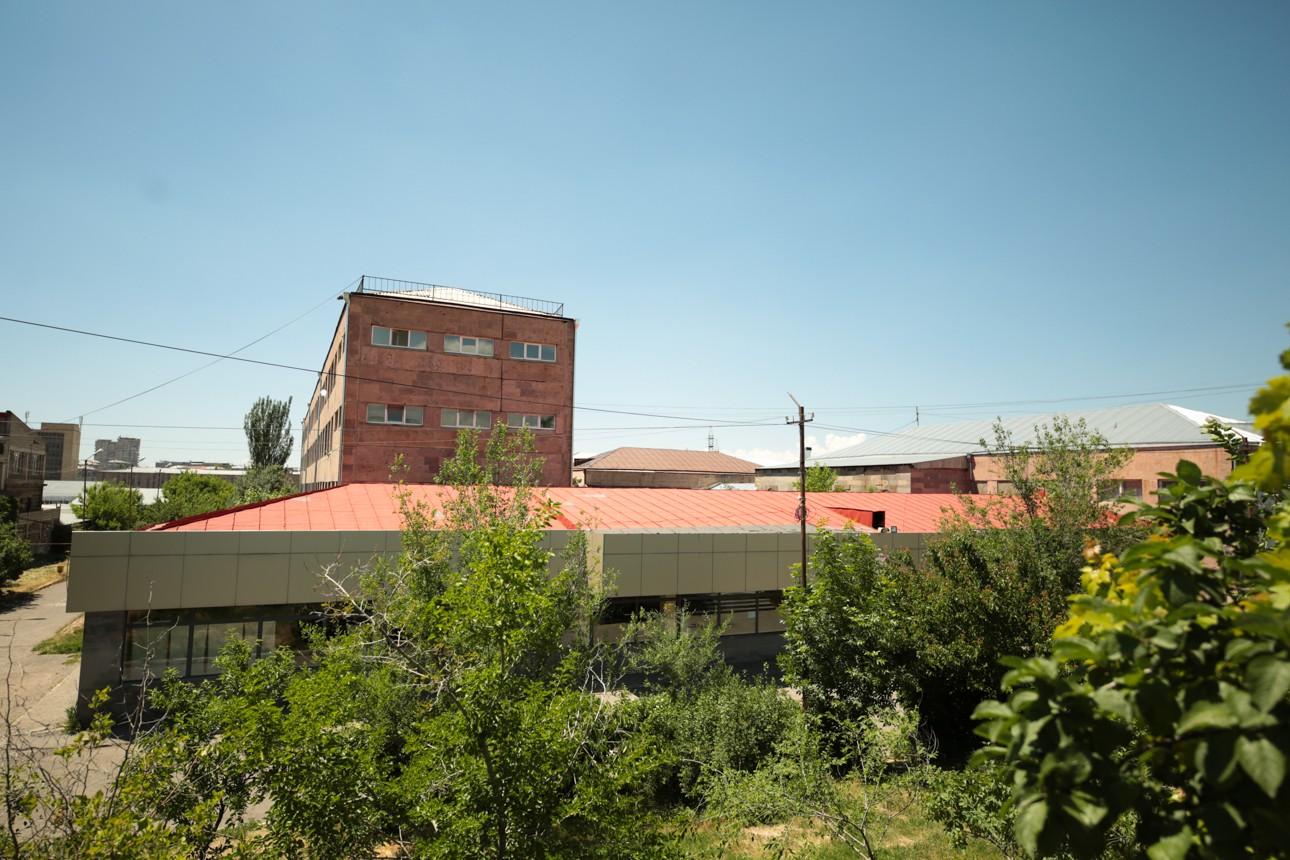 Kindergarten #268, located at 35 Mikoyan Street, Nor Nork 5th Block, was closed and in 1998 the building was transferred to Shirakatsy Lyceum International Scientific-Educational Complex CJSC for 25 years. 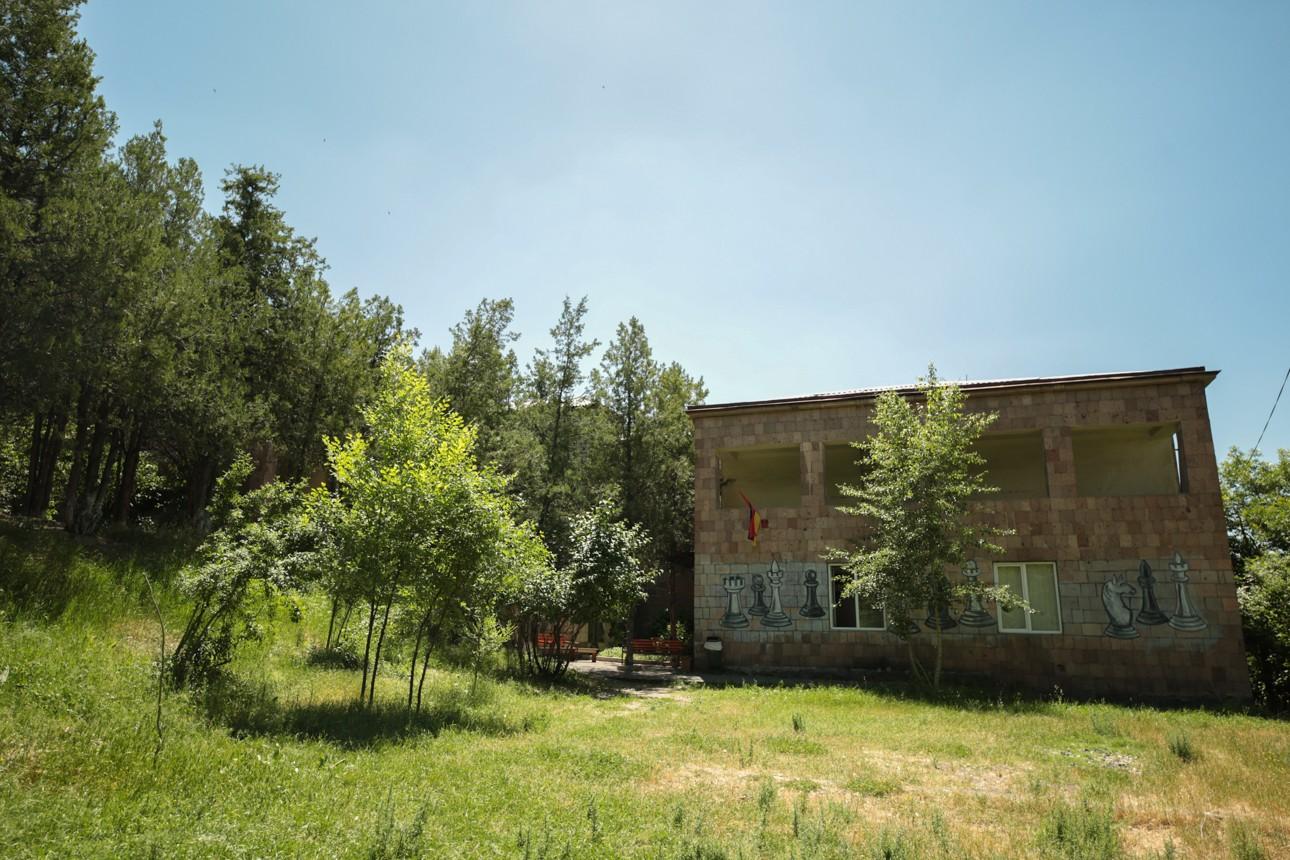 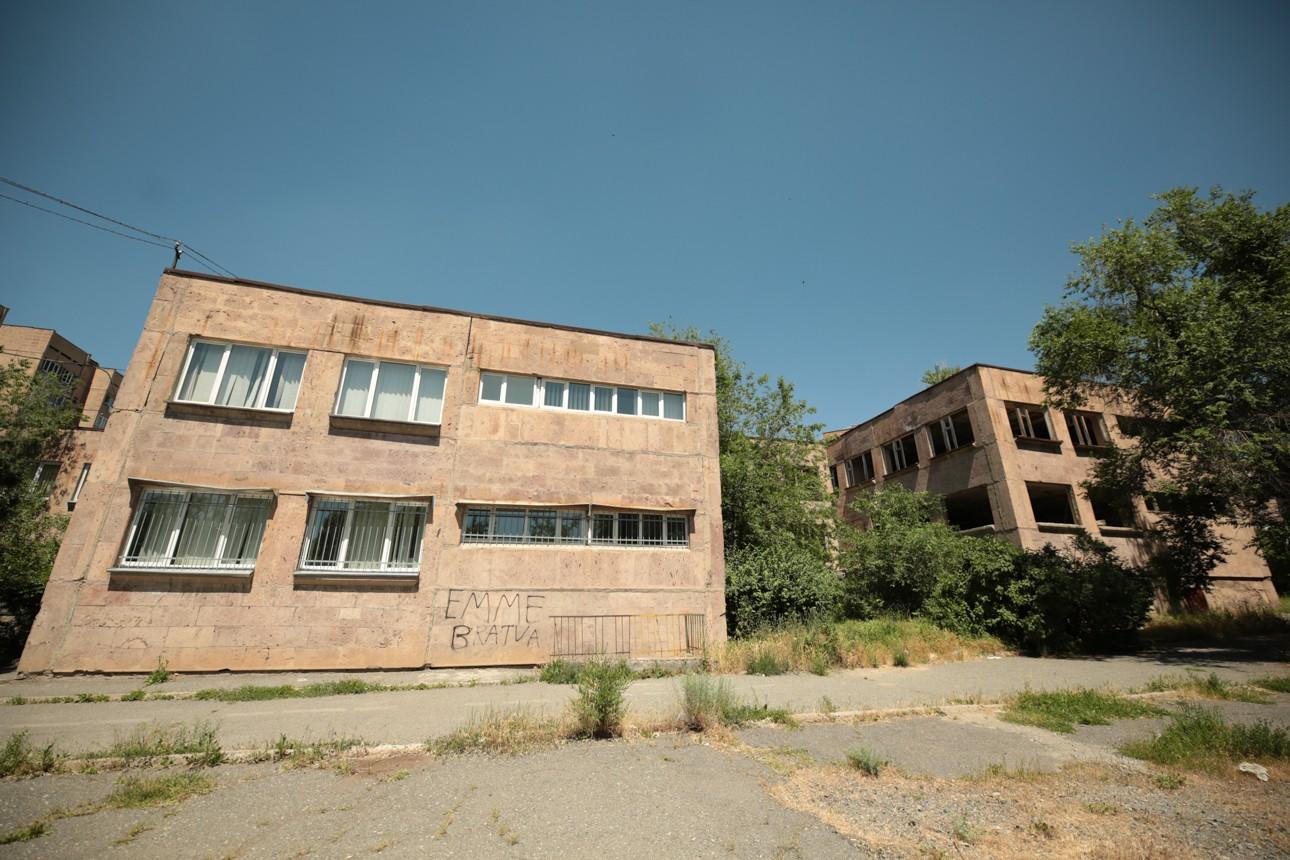 Yerevan Polyclinic N 22 was installed in the former kindergarten  in Avetisyan street, while part of the building was turned into a housing block. Nevertheless, most of the kindergarten's building is in poor condition. 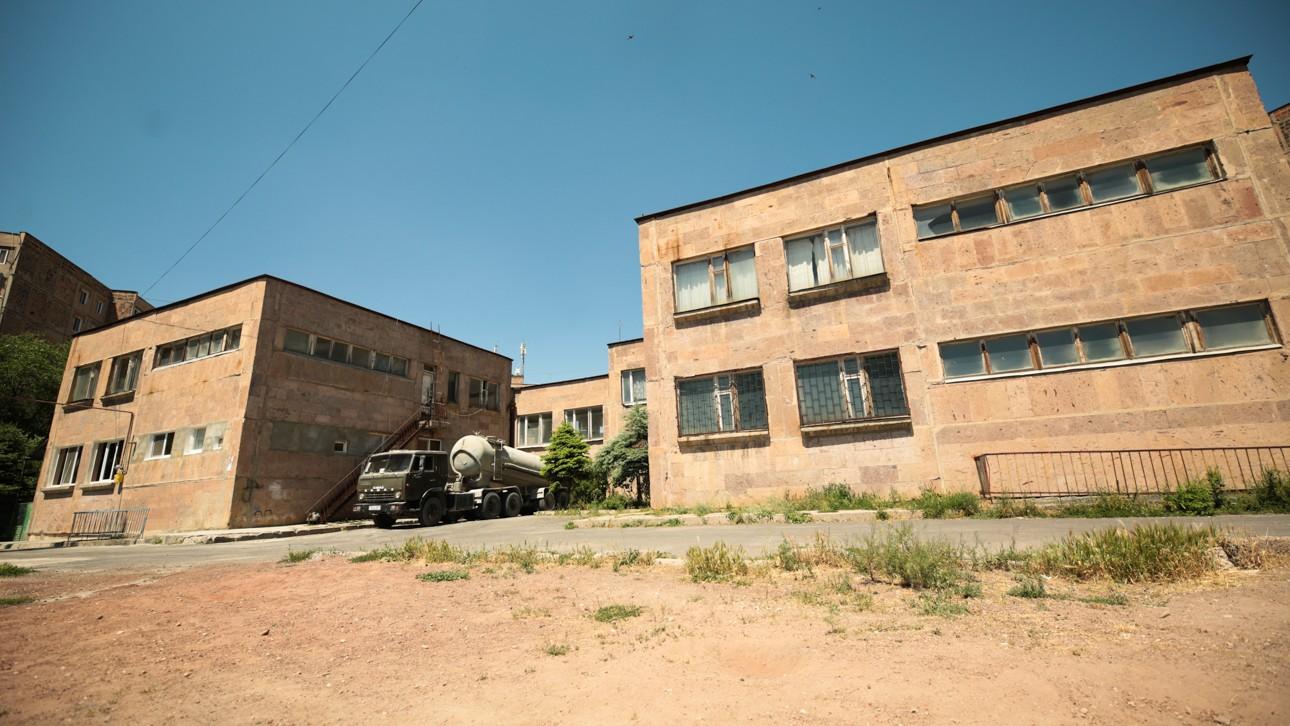 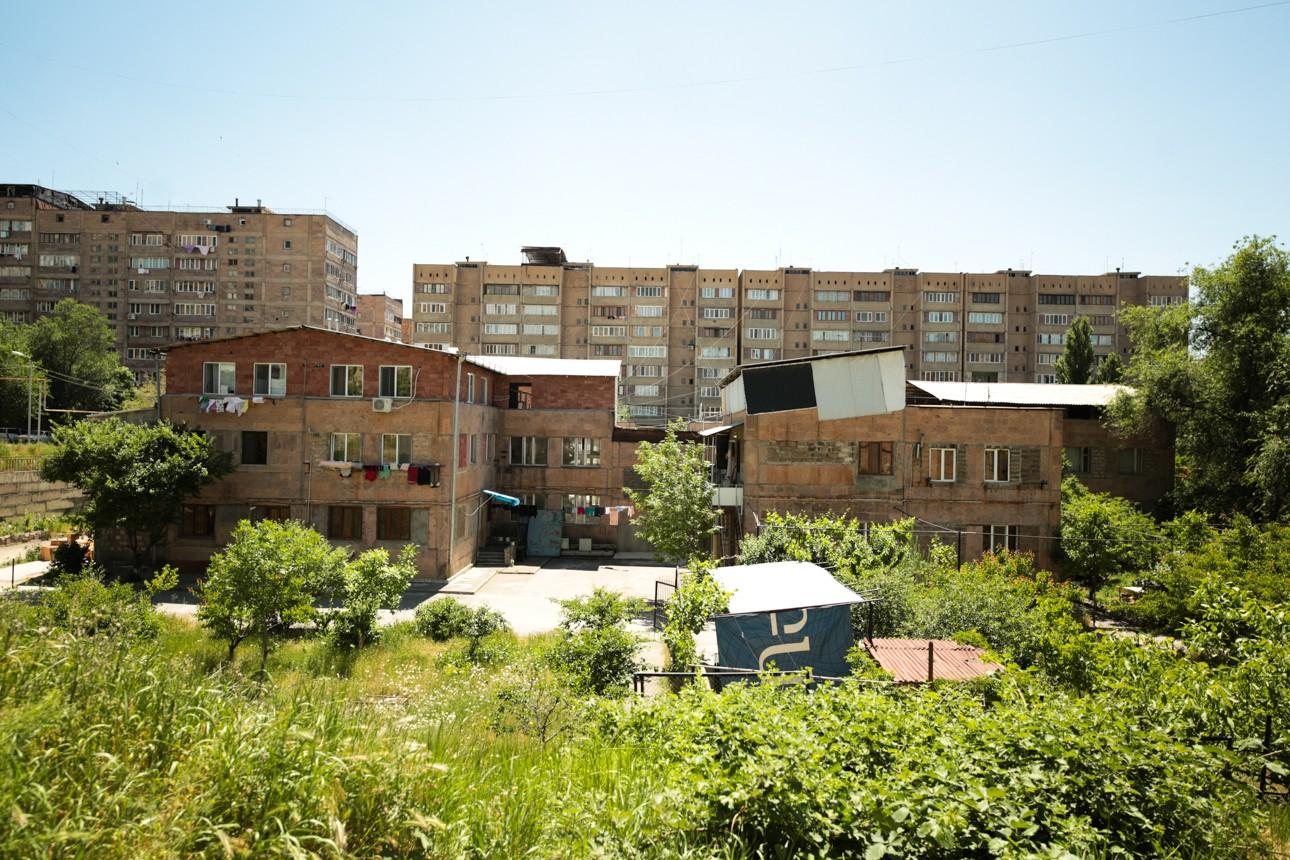 9th Block of the Nor Nork

Kindergarten #104 used to functioning in the Nor Nork 9th Block. It was liquidated, and the building was completely transformed into a housing block, with the third floor added to the building.

We should also mention that there are kindergartens in the Nor Nork that occupy only one part of the typical building, while other parts have been turned into a housing block.