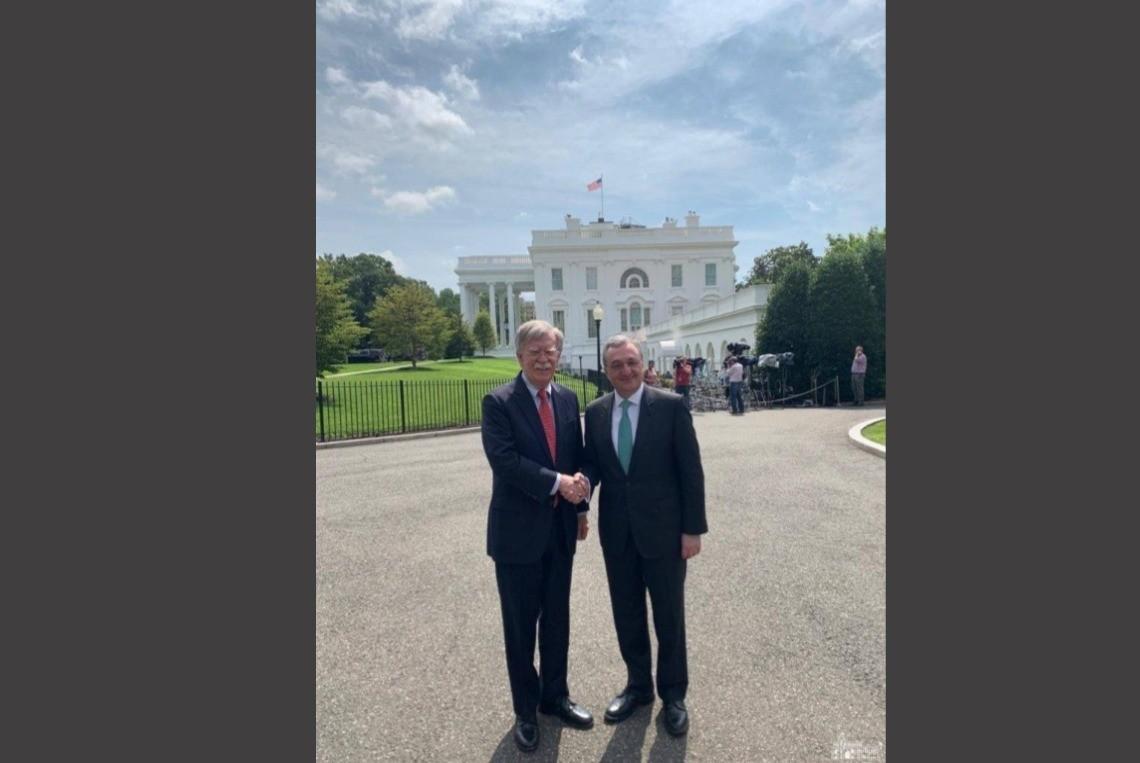 Armenian Foreign Minister Mnatsakanyan traveled to the United States for a June 20 meeting with his Azerbaijani counterpart Elmar Mammadyarov, under the auspices of the OSCE Minsk Group Co-Chairs. In addition to meeting with John Bolton, Mnatsakanyan also met with Philip Reeker, U.S.  Acting Assistant Secretary of State for European and Eurasian Affairs.

The following is an Armenian government press release on the Bolton meeting.

On June 20, while on a working visit in Washington D.C., Armenian Foreign Minister Zohrab Mnatsakanyan met with John Bolton, the US National Security Advisor.

At the beginning of the meeting the interlocutors touched upon the upcoming meeting of the Foreign Ministers of Armenia and Azerbaijan with the mediation and participation of the Minsk Group Co-Chairs.

Foreign Minister Mnatsakanyan highlighted the consistency of Nagorno-Karabakh peace process and the efforts being undertaken by the U.S. and other Co-Chair countries towards this end. In this context, the Foreign Minister of Armenia underscored the need of ceasefire consolidation and implementation of risk reduction measures.

The Advisor to U.S. President and Foreign Minister of Armenia touched upon the issues of regional peace and security agenda.

The interlocutors expressed readiness to expand and deepen the Armenia-U.S. bilateral cooperation agenda.