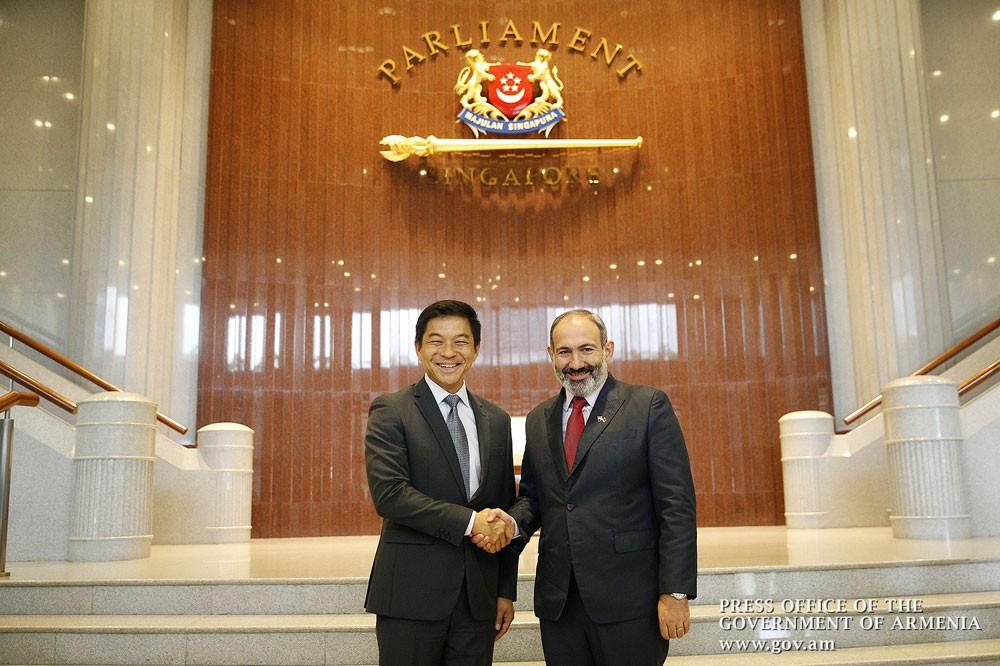 The Armenian government released the following statement on the meeting.

Before the meeting, the Prime Minister of Armenia signed the Honorary Guest Book of the Singaporean Parliament.

“Welcome to Singapore, Mr. Prime Minister. Thank you for visiting the Parliament. We are convinced that your visit will help us develop and expand ties with friendly Armenia,” Tan Chuan-Jin said.

Highlighting the importance of his visit to Singapore, Nikol Pashinyan noted that all the meetings there were held in a productive, practical and friendly atmosphere. “We are eager to develop multifaceted ties with your country, including political and economic relations,” the Premier said, stressing the need to boost cooperation between the respective business circles. In this regard, he highlighted the signing of a free trade agreement between the Eurasian Economic Union (EAEU) and Singapore and its soonest possible ratification. Nikol Pashinyan introduced his government’s priorities and the systemic changes underway in our country, emphasizing the importance of cooperation with Singapore.

Highlighting the availability of deeply-rooted cultural ties between the two nations, the Singapore Parliament Speaker said they can serve as a good base to catalyze cooperation between the two governments and parliaments.

The parties talked about the need to form an inter-parliamentary friendship group and intensify the cooperation of parliaments on international platforms. They took the opportunity to discuss other issues of mutual interest.