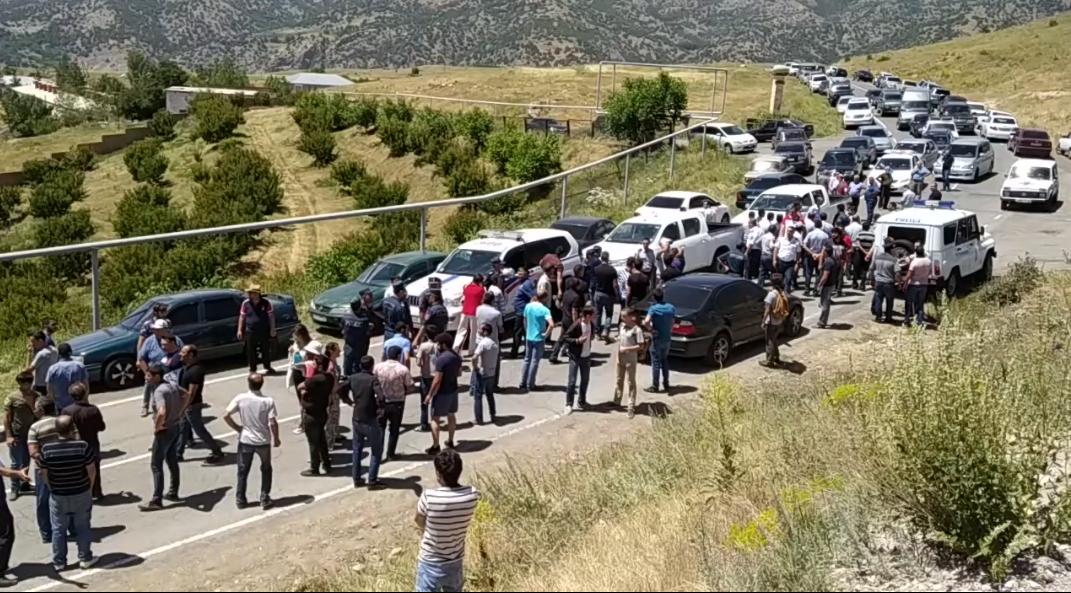 A tense stand-off occurred today on the road leading to the Amulsar mine in Armenia when  environmental activists and local residents stood in front of cars carrying an inspector from the Investigative Committee’s Serious Crimes Unit and a delegation of environmental specialists.

Two activists are reported to have been arrested by police.

The delegation was scheduled to conduct a technical and environmental assessment of the mine. The delegation convoy turned around and headed back to Yerevan when it became apparent that they wouldn't get to the mine.

Work at the Amulsar mine was halted over a year ago when activists and local residents blocked roads to the mine site.

The activists are demanding that any inspection of the site also includes a  socio-economic impact assessment of the mine on local communities.

They also demanding that government rescind the mining permit it issued to Lydian Armenia.

Lydian Armenia has sued the police for not carrying out court orders to restore full access to the mine.