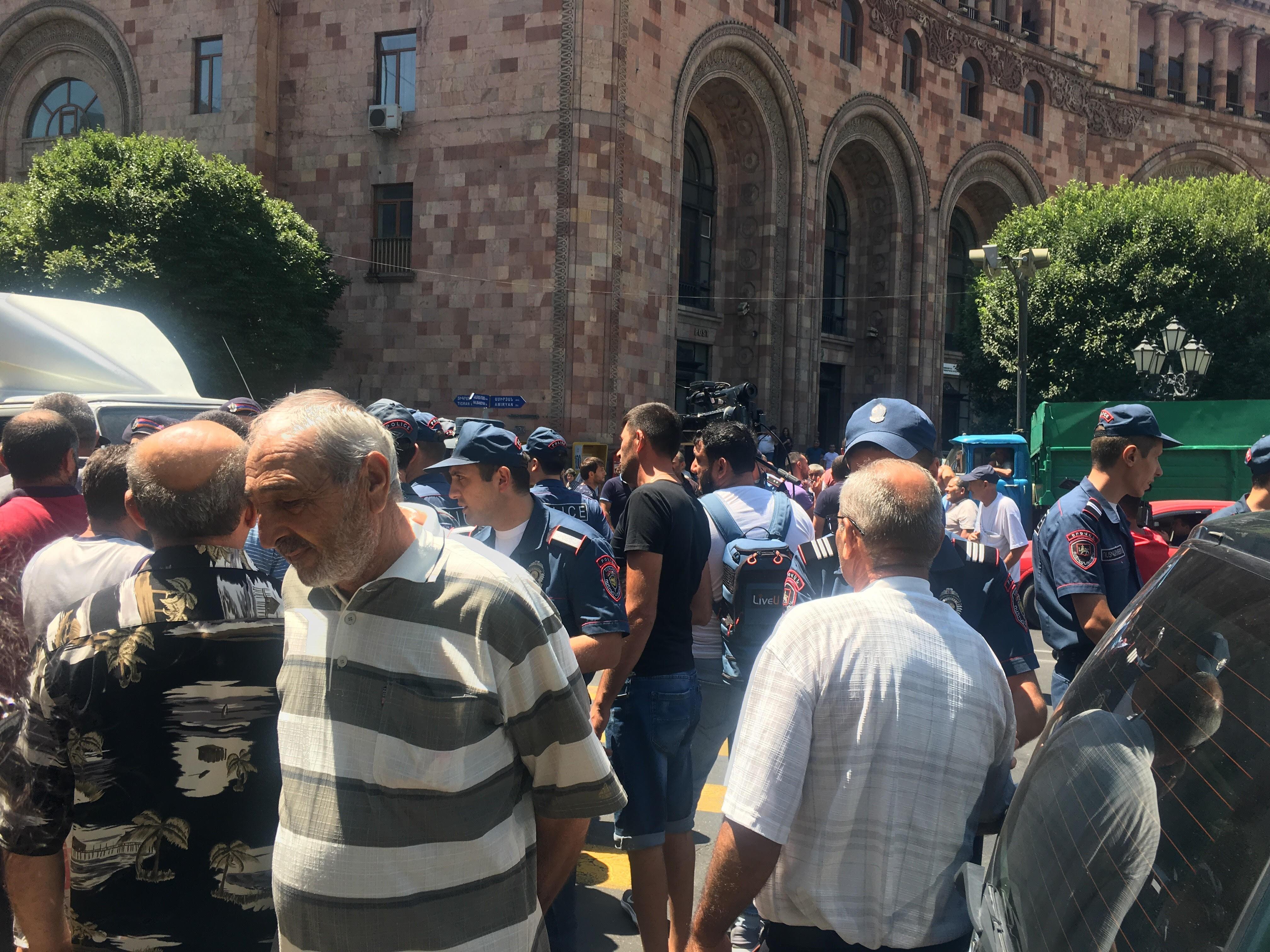 Residents of the Ararat Province village of Kaghtsrashen demonstrated outside the Government Building in Yerevan today, complaining that they haven’t had irrigation water for the past seven days.

Kaghtsrashen resident Khachik Sahakyan told Hetq that officials at the Ararat Provincial Government claim the village’s water contract has expired and a new one must be drawn up before the water flows.

Others say work to clean the irrigation canals has caused the water stoppage.

The demonstrators attempted to block Tigran Metz Avenue and police were dispatched to the scene.

The villagers are demanding an audience with Prime Minister Nikol Pashinyan.