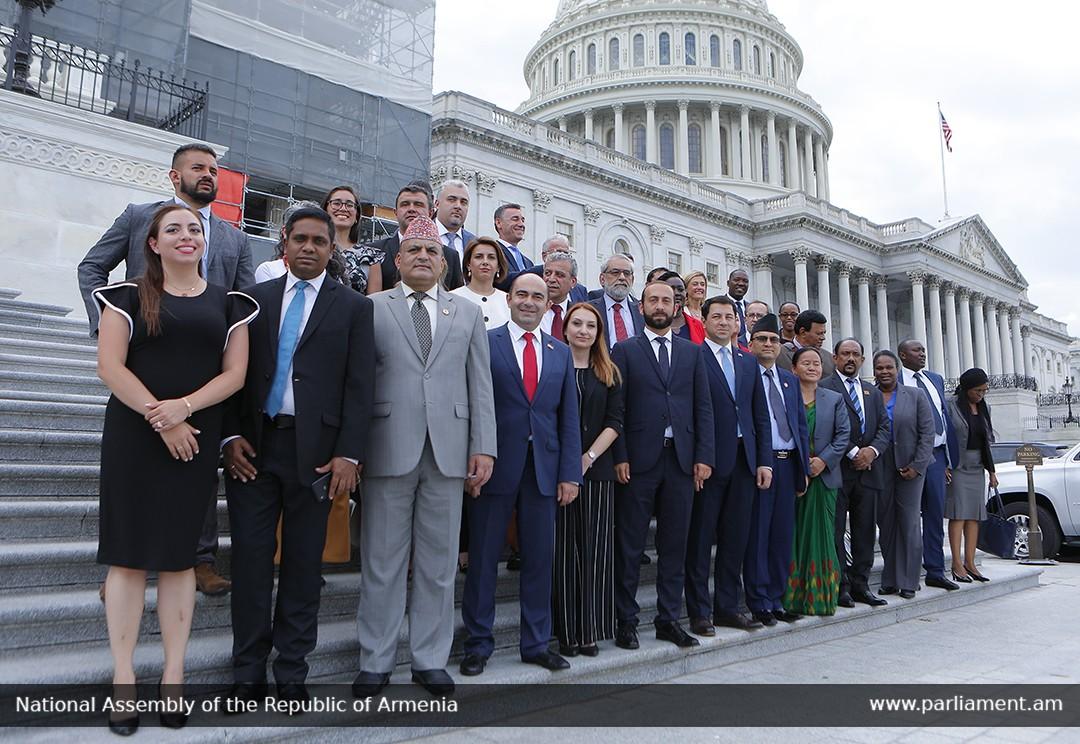 On July 16, a delegation headed by the President of the National Assembly Ararat Mirzoyan took part in the works of the Leadership Forum of the House Democracy Partnership (HDP).

On the first day of the Leadership Forum Armenian MP Edmon Marukyan also gave a speech, talking about the threats to democracy in the world.

During the day, the members of the Armenian delegation had active contacts with the U.S. parliamentarians, as well as their colleagues of two dozen other countries.