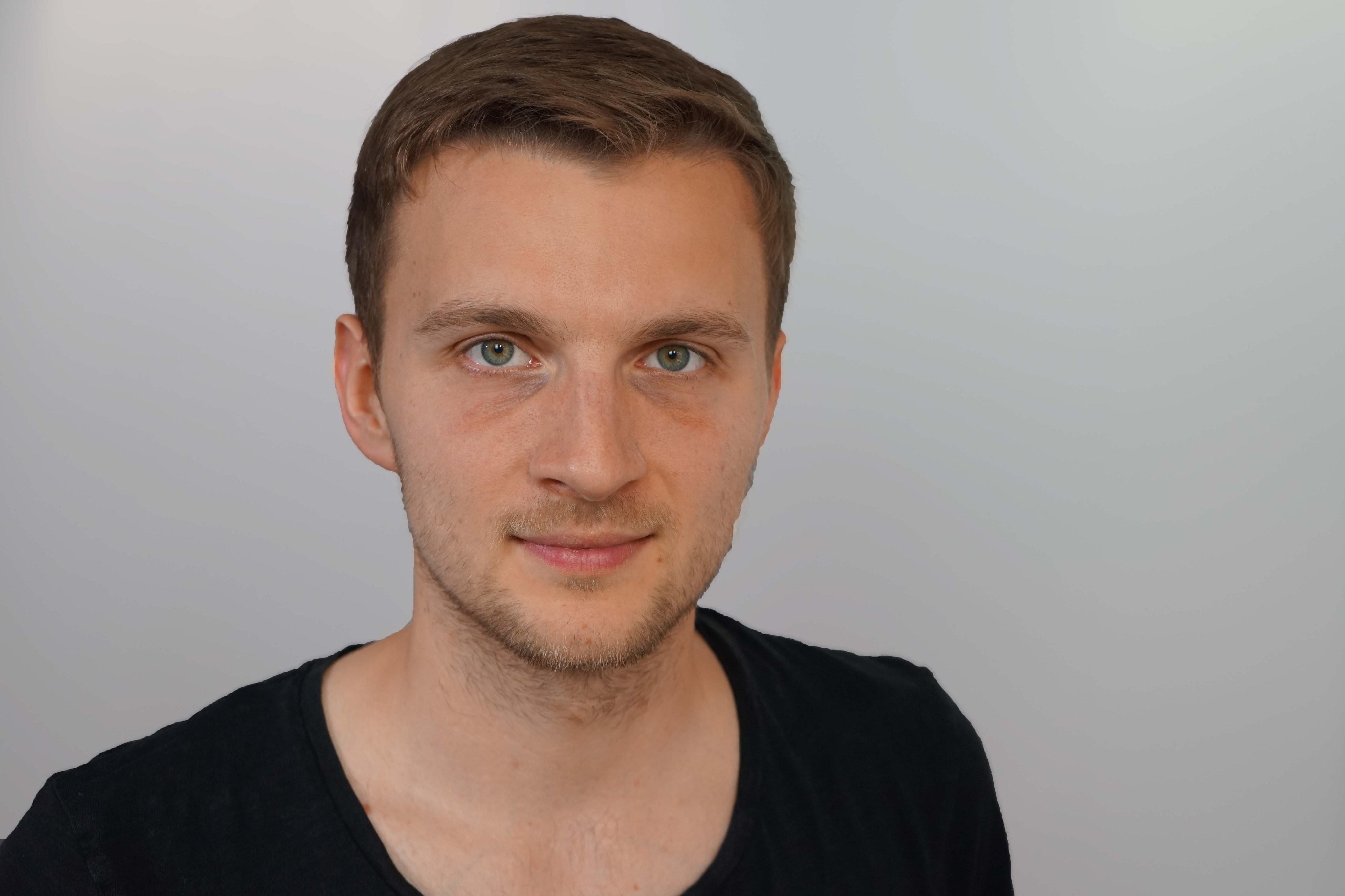 Media Credibility Jeopardized in Germany and Worldwide: An Interview with Daniel Moßbrucker

Under a leaked draft law from the German Interior Ministry, the country’s intelligence agencies would be allowed to hack digital devices. Although the draft provides exceptions for some groups, journalists are not on the list. A detailed research by Reporters Without Borders (RSF) Germany revealed that the German intelligence services would be allowed to use these surveillance capabilities also against media outlets, broadcasters and freelancers. The domestic intelligence service could spy on German media, while the BND, Germany's foreign intelligence agency, would be allowed to hack foreign media. Thus, if adopted, the law would endanger both domestic and foreign media outlets in the world. Daniel Moßbrucker, policy advisor at RSF Germany and author of the analysis, believes that the Ministry first of all jeopardize sources’ trust in the media.

And this is in the case when the German media were the “trust center” for the whistleblowers of the recent globally prominent cross-border investigations.

An interview with Daniel Moßbrucker, journalist on surveillance, data protection and internet regulation politics, trainer for digital security for journalists, and policy advisor at Reporters Without Borders Germany.

- Daniel, how did you get the leaked draft, and why did you decide to examine it?

- In early April, the German investigative news outlet org leaked a confidential version of a draft of the German Ministry for Internal affairs, in which the Ministry wants to “harmonize” the intelligence legislation.They want to adjust the intelligence legislation to the online world. What that leaked draft means for press freedom was complicated to see that. You have to combine around seven articles from three different laws, make references to each other – and then see what they actually plan to do. Reporters Without Borders Germany soon realized that it would water down the level of protection of journalists and media outlets both inside and outside Germany. The most invasive measure they plan is a so-called “online search”, which is the political term for “hacking devices”.

- Wаs the leaked document already the compromised version within the government?

- So, what seemed dangerous to you when you started researching the leaked draft?

- The most dangerous thing is that German intelligence agencies should get the right to do so-called “online searches” for media outlets or an individual journalist.This means that they can hack devices of newsrooms or journalists and search them virtually, go through stored files, read emails, basically collect all the information that is stored on a device. And they can also do that to find journalists’ sources. There are protecting measures for that, as an obligation on proportionality. So far, this measure was always completely forbidden when it comes to media – for good reasons.If a source asks you whether you can protect him or her, you as a journalist have to say “yes”. But “I think so”, or “I hope so”, or "if the German government takes that into account, probably yes” is not a convincing answer. And this why the draft is so dangerous, maybe not in the first place whether they will do that, but because of the possibility. The signal is: “If it really matters, we will hack your devices and find your sources”. They do not stop on borders, they want to do that for German media outlets, and the German BND should do it for political reasons for foreign outlets.

- Do they mean the ones who cooperate with German media?

- Not only, even for any foreign relation reasons.

- So, can we say that the draft law endangers all the media outlets and journalists in the world?

- It does not say that the German government wants and will hack all the media outlets every time, but they would get the right to do that in specific cases. This is just a continuation of legislation taking place here in Germany. Three years ago, they already gave the right to the BND (Foreign Intelligence Agency) when it comes to mass surveillance. The agency has already the right to massively wiretap media, especially those outside the EU. But now it is not “only” anymore about wiretapping – so far as a journalist, you can rely on encryption – but the right to hack devices or to hack specific encrypted communication.

- Is this only about digital surveillance or can they also enter editorial newsrooms and take journalists’ devices within the framework of an investigation?

- It is only digital. A search of a newsroom is forbidden if it has the aim to find journalists’ sources. Digitally, they now want to circumvent that. They may still not be allowed to physically enter a newsroom, but they would then just hack the servers and find journalists’ sources. And for me, this is honestly even more worrying, because we would never know whether it’s taking place or not.

- Is it clear for you what is exactly included in that “online searches”, what type of surveillance they are to be allowed to conduct?

- Practically, it means that they hack a device. They find a security vulnerability in a device and then remotely install a program that is hidden on that device. And then they are able to remotely search all the data that are either stored already or go through the connection of that device. They would also be able to listen to encrypted calls. There is really no limit anymore to the information you can get. To me, it’s the most invasive measure a state can do. These devices today tell us maybe more about us than we know about ourselves, they have collected data about our lives for years. All our information, all emails, social media messages.

- What is their motivation to your mind to hack media?

- I do not know. There is nothing in the law that gives a justification or at least an explanation, why they want to do that. In the reply to us, it says something along the lines of: “What’s your problem? Journalists are still specially protected, and we only want to find the bad guys.” They justify it with the war against terrorism. Obviously, they want to also open a digital door into our newsrooms, and they are hoping that society ignores it if politicians promise that it’s just about terrorists. However, our report broke relatively huge here, all the big media covered it. And also, the Social Democrats, who are part of the ruling coalition, soon said this law would not come, at least not with their support.

- Is the Minister of Interior open for discussions?

- I would love to, because we want to explain our concerns to them. But probably they claimed that we misunderstood their law, so there would not be a conversation.

- So, how much will the opinion of Social Democrats in parliament be crucial for rejecting this draft?

- I think their role will be crucial, and we will have discussions with the Social Democrats soon and convince them that the fight against terrorism might be important, but this does not include fight against journalism. Hopefully, they will follow what they have publicly announced.

- So, will the draft be rejected if Social Democrats vote against it?

- Let’s assume that the law is accepted. Do you think journalists can still maintain the secrecy of their source, if they are well qualified and educated on digital security?

- If these plans become reality, I’m afraid that this will have serious consequences on the relation between journalists and their sources, and in general trust in media especially for the high-profile stories, we have in this country. When it comes to organized crime and corruption, the state has a special interest to go after sources. A potential hack of communication will cause real harm to the trust of people. Everybody is talking about false information on social media, everybody says that real journalism is badly needed these days – but for trustworthy journalism, you need real credibility in journalists’ profession.

- I do not want to say the German intelligence agencies would hack thousands of smartphones every day, just for fun. There are safeguards, and we live here in a democratic system. But technically everything is somehow hackable – and if they want to do it in special cases, they will be able to do it. It’s not easy, but we are talking about authorities that have thousands of employees, and millions of euros of resources. If you’re an individual or even in a news outlet with a hundred of journalists, you’re always vulnerable, if well-resourced state-agencies really want to hack you.

- May the motivation of initiating the draft be also be the fact that some German media outlets were the head address for the whistleblowers of world-shaking leaked documents at the core of recent big investigations Panama Papers and Paradise Papers?

- I can’t speculate on the motivation of the German government. But I have my doubts, whether in future cases like Panama Papers or Paradise Papers German intelligence agency would completely refrain from hacking media who received this information. If they have the right, they will probably do it. That’s why we should not give them the right to do it.