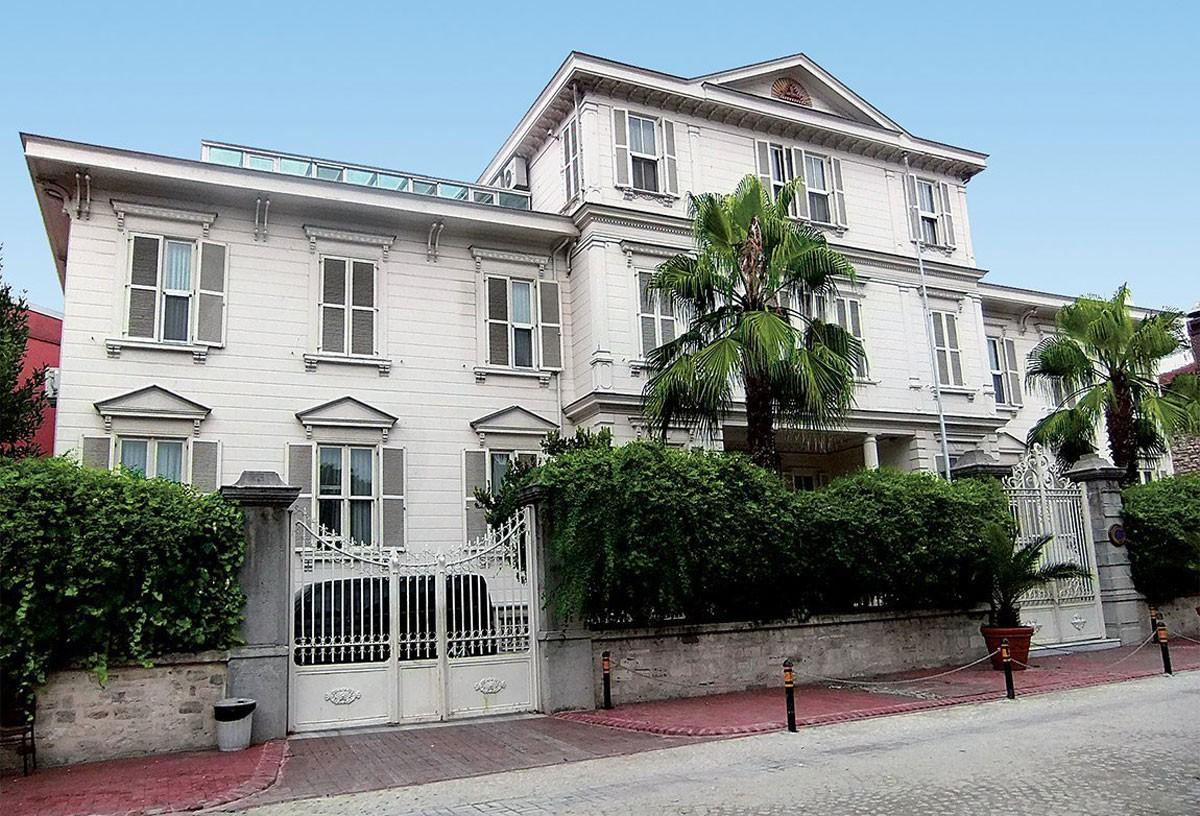 The Next Patriarch of Constantinople Should be a Good Clergyman, a Good Organizer, and a Good Politician, Says Turkish Studies Specialist Varuzhan Geghamyan

On July 4, by a two-vote margin, Bishop Sahak Mashalian was elected Locum Tenens of the Armenian Patriarchate of Constantinople.

The election of Mashalian signifies that after nine years of debate and meddling by the Turkish government, an election for the 85th Patriarch of the Armenian Patriarchate of Constantinople can now take place.

Why the nine year wait?

Thus, an election for the 85th patriarch only became a possibility after the 84th Patriarch of Constantinople, Archbishop Mesrop Mutafyan, died after a long illness at Istanbul's Holy Savior Hospital on March 8 of this year. Mutafyan served as patriarch since 1998, but was placed under constant medical supervision in 2008.

In 2010, an election for a co-patriarch was scheduled , but the Turkish government banned it.

His appointment and continued rule as “proxy patriarch” angered many in the community who claimed that the Turkish state intervened in the election.

This move, however, did not result in new elections. On March 15, 2017, Karekin Bekçiyan was unanimously elected as locum tenens and tasked with organizing the election for a new patriarch. The Turkish government backed Ateshyan, who had lost to Bekçiyan. The Turkish government said it recognized Ateshyan as Acting Patriarch and that it did not recognize the results of the Bekçiyan election.

The importance of the Armenian Patriarchate of Constantinople

Varuzhan Geghamyan, a lecturer at Yerevan State University's Oriental Studies Department, says the Armenian Patriarchate of Constantinople is, first of all, a hierarchical chair of the Armenian Apostolic Church and is symbolically and spiritually important. Second, it is the principal representative of Armenians in Turkey, primarily in Istanbul.

Considering the absence of diplomatic relations with Turkey, the patriarchate represents Turkey’s Armenian citizens and migrant workers from Armenia. Finally, the Armenian Patriarchate of Constantinople is the only structure that is authorized, or seeks such a mandate, to serve as the representative of the Armenian heritage remaining in Turkey, including Western Armenia, and standard bearer for loftier pan-Armenian interests.

Internal tensions at the patriarchate

As to the question whether the patriarchate has been able to fully perform its functions over the last ten years, given the allegations of internal chaos and tension amongst the local clergy, Geghamyan responds that given the patriarchate’s importance, any development in the ground has several layers, including the public relations factor. 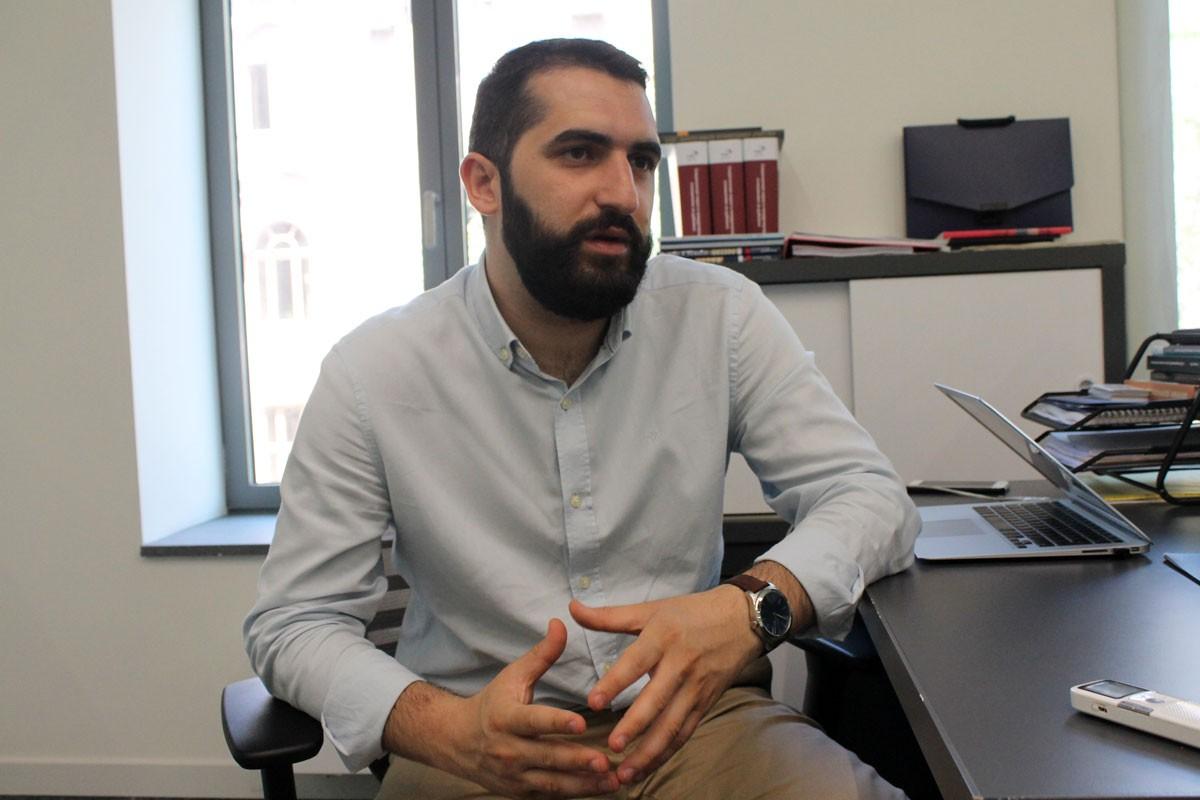 According to the Geghamyan, who specializes in Turkish studies, one of the reasons for the divisions in the Istanbul Armenian community isn’t only who should be elected the new patriarch but also a rethinking of what the post should be and its future policies. This question becomes all the more relevant given the deep divisions in the community, conditions of distortion, which are often artificially incited by the authorities.

In Geghamyan's opinion, the current situation should have led to internal community debate and negotiations, culminating in a new candidate or the drafting of an agenda for the future.

Instead, we have witnessed a situation where unhealthy competition is the norm. Geghamyan draws attention to the "input" of the Turkish state in all of this, and the damage it has caused to Armenian communal life.

Community resources were not concentrated on planning for the future, on ongoing programs, or resolving intra-community problems. In the melee, matters of real import were often given short shrift.

Nevertheless, Geghamyan believes the community is now close to resolving the matter.

"The Patriarchal Seat of Constantinople has been and remains an institution which plays a crucial role in the context of the Armenians of Turkey and overarching pan-Armenian issues," he notes.

Who should the next patriarch be?

Geghamyan believes the next patriarch should be a good clergyman, a good organizer, and a good politician.

Geghamyan argues that the next the patriarch should be a good spiritual leader who understands the importance of the Constantinople Patriarchate. Being a good organizer is essential because the Armenian community of Turkey is not only centered in Istanbul. At issue is a wider cultural and historical legacy in this most complex of countries. Naturally, it is also important that the future patriarch has the skill to correctly position the patriarchate in its relations with the Turkish state. It must not damage the Armenian community nor Armenian interests, but rather push them to the fore.

Why should the patriarch cooperate with Turkish authorities?

Archbishop Aram Ateshian enjoyed the support of the Turkish authorities for many years, and he never hid the fact that he enjoyed relatively good relations with them.

Thus, is it possible that the Turkish state will interfere in the upcoming election for a new patriarch?

Geghamyan says the preferred candidate should be acceptable to both the community and the state because, unlike other Armenian communities operating in other countries, the Armenian Patriarchate of Constantinople is also of great political significance for the local authorities.

That’s to say that any activity in the patriarchate, is at the very least being monitored by Ankara. This, in turn, leads to many in Armenia criticizing Ateshyan, saying that he is working with the Turkish authorities. But, in reality, no other option is possible.

Geghamyan says that all the Armenian patriarchs of Constantinople worked in a similar manner, way, cooperating with the Turkish authorities. Otherwise, the Armenian community in Turkey could not function.

He says that anyone researching the activities of past Constantinople patriarchs, will note that many were skilled diplomats who kept the community functioning.

"Coming to the important question as to whether Aram Ateshyan can be a possible heir, from recent events, we see that he is not an acceptable individual for the whole community. The past elections for locum tenens proved this to be true. He did not collect the necessary votes. And who were the voters? They were members of the Brotherhood, who had seen him work for ten years as locum tenens? Mashalian's election implies that he is considered a more desirable candidate. It is also important for the Turkish authorities that the likely candidate for Patriarch be someone who is acceptable for a larger audience. Therefore, in this case, we cannot say that the Turkish government categorically supports Aram Ateshyan. Yes, he has the most intimate ties with the government, but it does not hinder other candidates,” Geghamyan says.

As to the observation that in 2010, Archbishop Sepouh Chouldjyan could have become co-patriarch but for the intervention of Ankara, which backed Ateshyan, and, thus, whether the Turkish state can intervene again at the last moment, Geghamyan says that all the announced candidates have support in the community. Chouldjyan is not perceived as a foreigner in Turkey. He was born there and has kept his connection to the community.

"The Turkish government will definitely contact all the candidates, which implies some negotiation and conditions. But, as to the question who who can satisfy those conditions, nobody can say for sure. If one of the candidates has absolute community support, the Turkish government will take that into account. That is, it’s not a one-sided game, but a long process, otherwise the government would long ago have nominated their favored candidate and the issue would be closed. In this case, it is very important that all community groups and the newspapers serving them understand the importance of the future ramifications,” says Geghamyan.